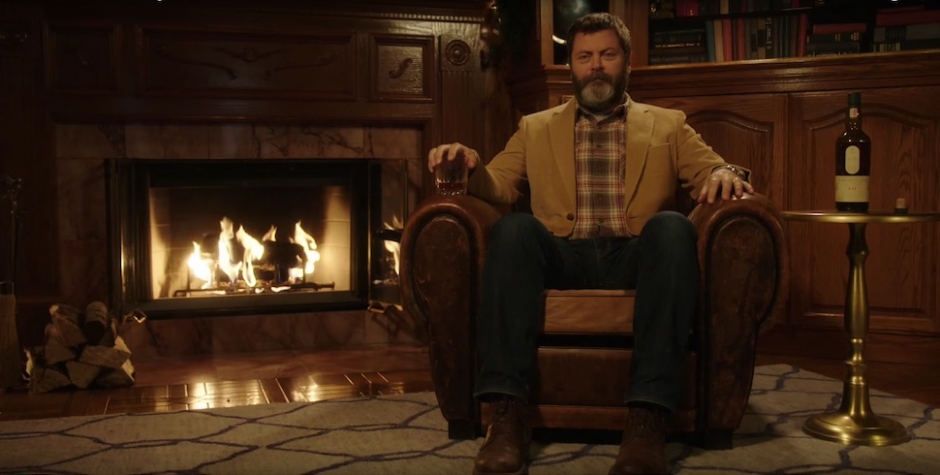 Ads just try too hard now, they don't make sense and I don't even get a kick out them like I did. I mean where have all the great PR people who made a big ad gone? However, the saint that is Nick Offerman, Nick Swanson from Parks and Recreation, has to come to the rescue. In a 45 minute long ad where he doesn't say anything. He just sits in a chair, scratches himself, switches his legs a few times and knocks back a shitload of Lagavulin whiskey. Pretty easy to get. Offerman likes the whiskey so therefore you should buy it. But if you're not such a fan of staring into the eyes of Hofferman then check out Hofferman's previous work with Lagavulin where he sings a song about his times with whiskey.

And if you're a bit thrown by what the hell a yule log is then here's a video of it. If you're still confused it's just a piece of wood you burn for Christmas: 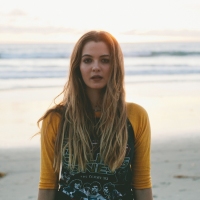 Kita Alexander has the keys to our Instagram todayAnd giving us a bit of backstage access to her Meg Mac/Jarryd James support. 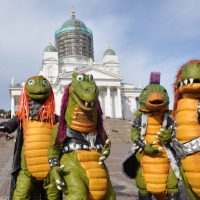 Meet The Swedish Version Of The Wiggles, HevisaurusHatched 65 million years ago, they are here to rock your children's ears.
News