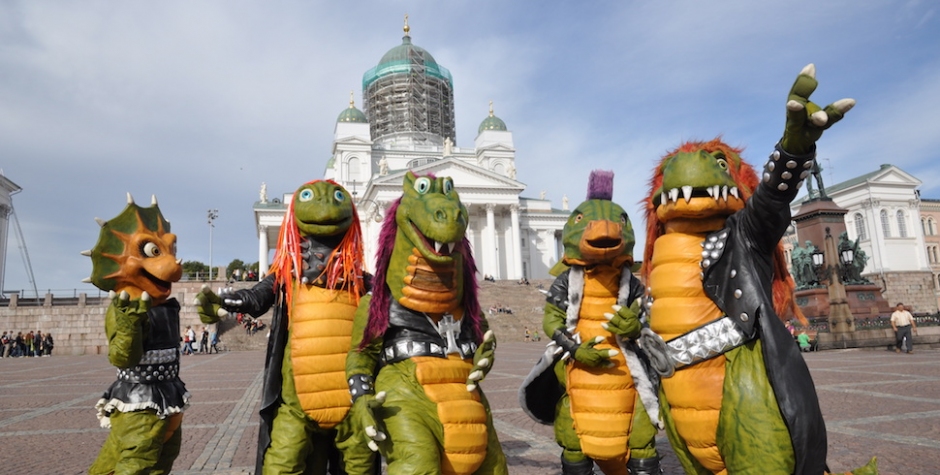 Hevisaurus is one of the biggest groups rocking out in Finland. Dressed as dinosaurs with hair and a fetish for leather Hevisaurus are a band for kids. So perhaps they would be better called the Swedish version of The Wiggles, I mean both The Wiggles and them have dinosaurs. Albeit the question remains who Captain Feathersword and Jeff would be. Now sure you're not going to hear any Wiggles classics like Toot Toot, Chuga Chuga, Big Red Car or the hit that is Hot Potato. But if you're interested Stereogum ran a interview with the band who wore their dino apparel, it seems anonmity is big even in children's bands, where they discussed everything you need to know about the dinosaur-themed Hevisaurus. And on that Wiggles tip at least in ten years time when Hevisaurus change members no one will have to endure the trauma of seeing Jeff being replaced. 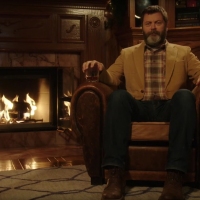 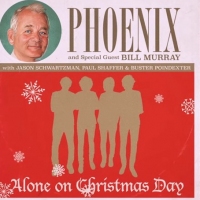 Bill Murray and Phoenix teamed up for a Christmas songRefreshing an old Beach Boys jingle for your holiday season.
News