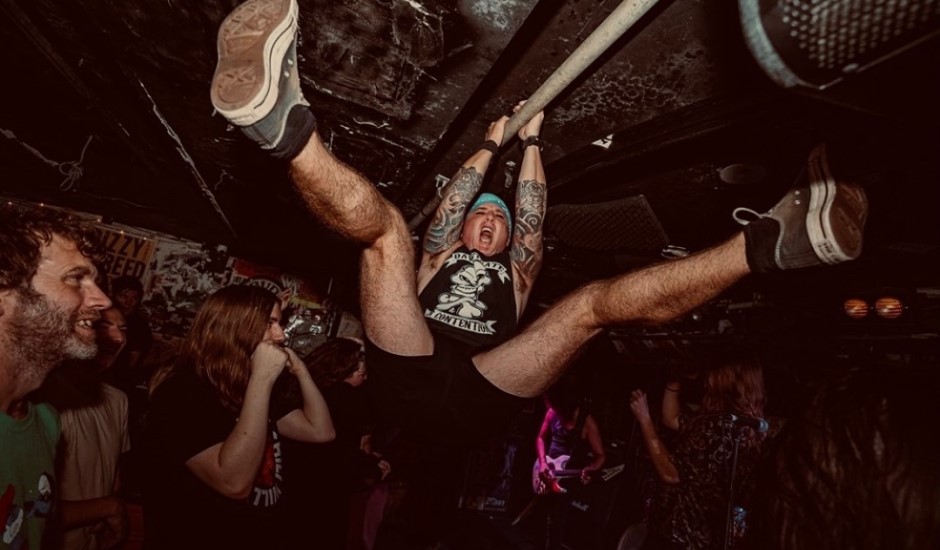 Update: Frankie's have just made their first statement regarding the demolition of their current home. Read it below, and the original article underneath.

Today we made our first public announcement RE the demolition of our venue for Hunter Street's impending Metro Train Line. The press release to date has only had very limited information (of varying integrity) to draw from, so we thought it best to make a concise statement on our position ourselves. The long and short is this; Frankie's Pizza as we know it will be demolished, we have AT LEAST a year left to party though, and that we will. Big time. We are taking this opportunity to push all of our energy and resources into making more memories with our beloved Sydney, its people and its visitors, while we still can! We are adding more bands, more bills, big events, collaborations, and all the late night revelry you would expect from one of the world's great Rock & Roll institutions, right up til' the fat lady dies.

If you're a fan of punk music and pizza and have escaped to Sydney - or live there - at some point in the last god knows however many years, then Frankie's Pizza is probably regarded as a slice of heaven in your books. Wedged in the middle of Sydney's central business district, the late-night pizza bar/live music venue/nightclub multi-hyphenate is a special place in the city, one that encourages a let-your-hair down free-spiritedness in even it most up-kept regulars; a safe haven for those working in the nearby 9-to-5 in need of a little bit of relief.

Over the weekend, news came through that the iconic pizza bar will be demolished to make way for the new Sydney Metro West train network, while will include a train station almost directly on top of the current Frankie's location. "Frankie’s is an important part of Sydney’s live music scene and we will make sure it is properly supported during this challenging time," says Transport Minister Andrew Constance. "Sydney Metro is assigning Frankie’s a dedicated acquisition manager to guide them through this process and to help find another location."

While Frankie's will likely live on just in another location, it's important to recognise the imprint Frankie's has on Sydney's live music space, and what it means for it to be built in its current, soon-to-be-demolished location. It's a quintessential live music space for the city that has outlasted lockdown laws and coronavirus alike; a place always on the recommended list for anyone visiting the city for the first time, and a place that over the course of its history, has built an unmatched community rivalling that of a cult.

It's also a venue synonymous to the city's heavier rock world, used by headline names for low-key listening parties and developing, to-watch bands trying to find their big break. Take literally any big name to come from Sydney's punk and rock worlds, and there's a strong chance that one of their first gigs was at Frankie's. Hell, even Debbie Harry - frontwoman of the legendary Blondie - visited in its first week of opening, and everyone from Megadeth, Steel Panther and Cheap Trick have played in its history.

A post shared by Frankie's Pizza By The Slice (@frankiespizzabytheslice)

"The value of live music is understood by thousands and thousands of Aussies who have waited in line, spilt beer on themselves and moshed on the sticky floors of a lot of venues," told bar manager Sabrina Haley to Red Bull, in a feature published back in 2017. "You'll find these people at Frankie’s. And as those who run it, we can't express how important the live music scene is."

The thing arguably the best about Frankie's isn't its bookings roster, nor even the fact that it holds a rare license that allows it to open nearly all day every day. Instead, it's that community that Sabrina talks about, the people that make Frankie's what it is. On one hand, you have the punk die-hards that are the venue's bread and butter; the ones that have come to the venue in a chance encounter and have become stuck to Frankie's as much as the many fixtures that occupy its walls.

On the complete opposite hand, however, you have the gems that find temporary solace in Frankie's; the business suits right down to casual hospitality and retail staff, who use the venue's notorious location as a nearby watering hole amongst a city of skyscrapers. There's really nothing else like it; a place of grease-y, punk-rock heaven amongst Officeworks and Government buildings, ready to greet those wanting to let their hair down after a long day.

The Metro West project isn't scheduled to start until next year, meaning that there's still time to enjoy the glory of Frankie's in its current format. We're also sure that wherever the venue goes, its brilliance and cult community will follow - it always has. But still, it's hard to see such an iconic venue fall at the hands of yet another government project, may the ethos of Frankie's Pizza live on wherever it ends up.

A post shared by Frankie's Pizza By The Slice (@frankiespizzabytheslice) 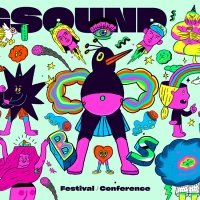 BIGSOUND is back for 2021, and here's how your band can play itThe Brisbane music gathering will run in its usual time slot - early September - with a mix of online and IRL options to attend. 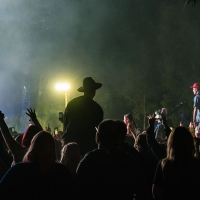