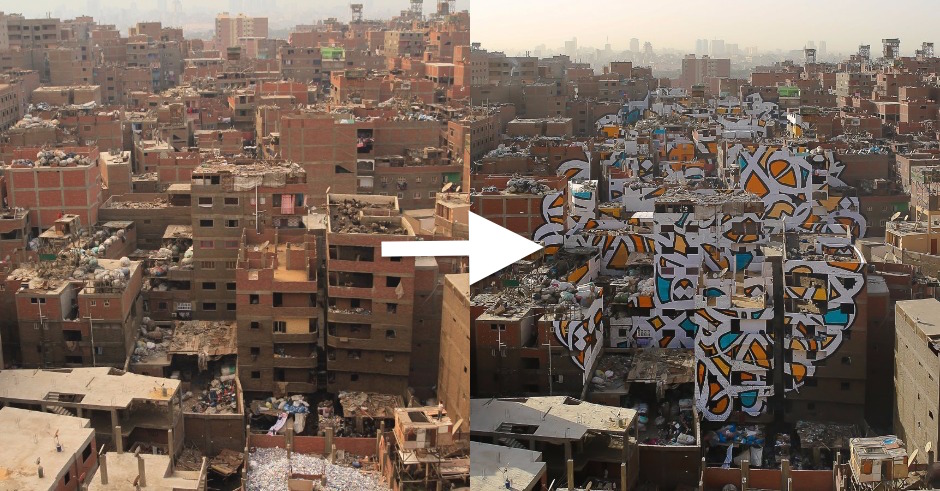 Egypt has some of the toughest laws in the world forbidding artistic expression, so when French-Tunisian artist eL Seed decided to paint an enormous mural covering 50 buildings in the heart of Cairo, he had to ensure that the government knew nothing about the project or risk facing serious jail time. eL Seed avoided contacting the Egyptian government, knowing full well that any requests to paint in the city would be forcefully declined, instead meeting with the local priest in the downtown Cairo neighbourhood of Manshiyat Naser who gave his blessing and permission to the artist to begin his project in their community.

The mural, which eL Seed titled 'Perception', is best viewed from a nearby hillside where the Arabic message can be read in full: "If one wants to see the light of the sun, he must wipe his eyes." The message, explains eL Seed, is an attempt to remind people to see past the area's rough physical appearance, where run down buildings and piles of rubbish frequently take away from the positivity and kindness of the locals living within the area. eL Seed and his team of 20 spray-painters took three weeks to complete the project, which will now remain a part of the Manshiyat Naser community for as long as they allow. 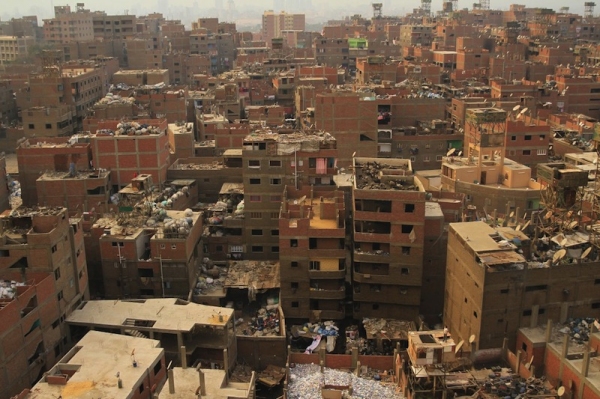 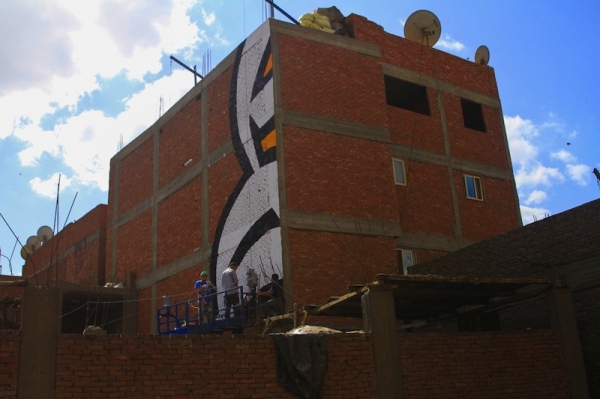 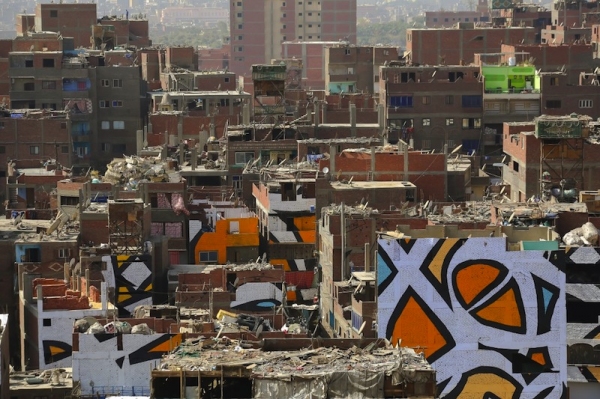 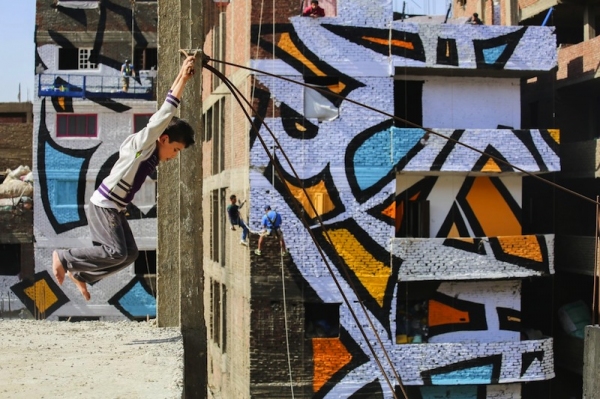 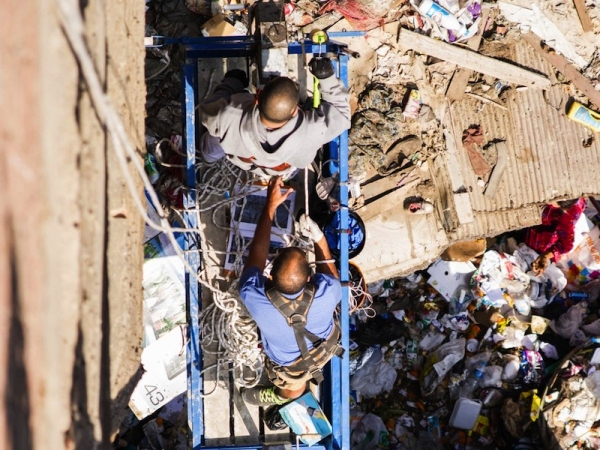 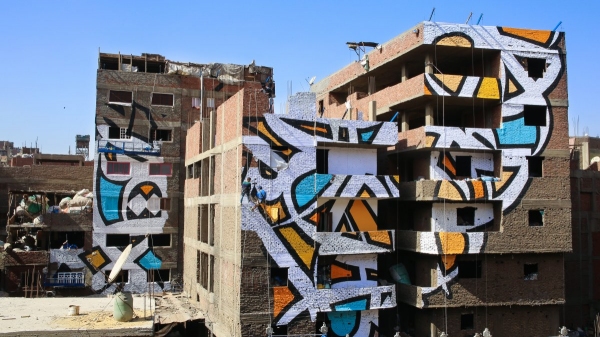 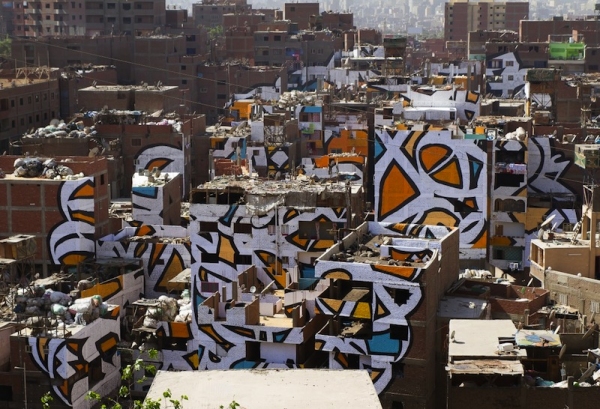 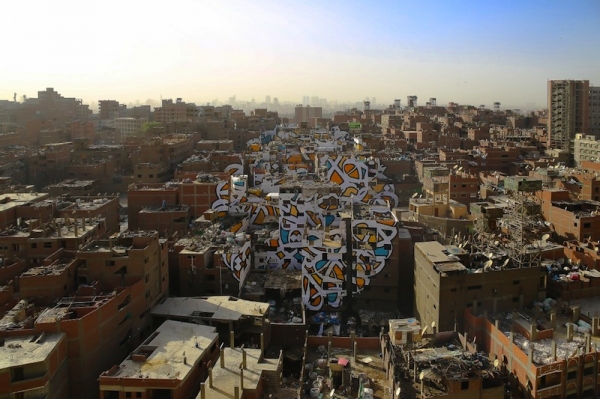 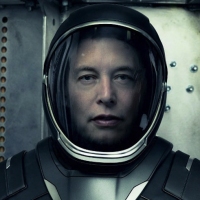 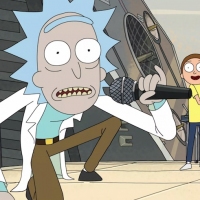 Here's a mash-up of Rick & Morty and Swimming Pools by Kendrick because awesomeMaking that interminable wait for new Rick & Morty a tiny bit easier.
News