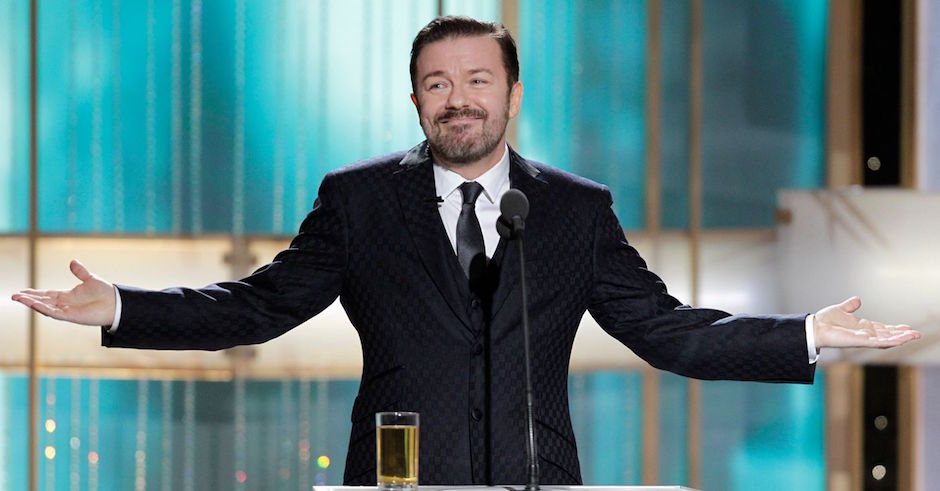 Unless you've been away from social media all morning, you've probably seen that the Golden Globes are currently rolling live in Beverly Hills. Aside from big wins from Leonardo DiCaprio (he still won't win the Oscar though, don't worry) and The Martian somehow taking out the 'Best Comedy / Musical' award (great movie, but probably not a comedy or a musical), host Ricky Gervais is definitely the talking point of the event, absolutely nailing his opening monologue.

Not one to shy away from controversy or what is sure to be an onslaught of criticism from your local social justice warriors, Gervias opens it up by insisting that he'll try not to offend too many people, saying that "I’ve changed. Not as much as Bruce Jenner, obviously. Or now Caitlyn Jenner, of course. What a year she’s had. She became a role model for trans people everywhere, showing great bravery in breaking down barriers and destroying stereotypes. She didn’t do a lot for women drivers, but ... you can’t have everything, can ya?", referencing the fatal crash she was involved with last year. Aside from that, the comedian speaks about Sean Penn (calling him a snitch regarding his involvement with the recent capture of Mexican drug lord El Chapo), the infamous film Spotlight (which exposes the cover-up of child sexual abuse from Catholic priests), the Jennifer Lawrence-led movement on equal pay in the movie industry (“there were marches on the street with teachers and nurses saying how the hell could a 25-year-old live on $58 million?”) and more. Outside of the opening monologue, Gervias attacked Trump's immigration laws when introducing Latin American actresses Eva Longoria and America Ferrera (describing them as “two people who your future president, Donald Trump, can’t wait to deport.”), introduced comedian Kevin Hart and Asian-American actor Ken Jeong (of The Hangover fame) as Angelina Jolie's and Brad Pitt's newest adoptees, and introduced the films Joy (with Jennifer Lawrence) and Trainwreck (with Amy Schumer) as “not the names of Charlie Sheen’s favourite hookers (but) the movies of these next two presenters”. Watch Ricky Gervias' full opening monologue below. 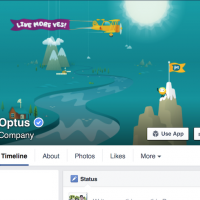 Let's all take a minute to cheer for Optus Dan, the hero the Internet needsA toast to Dan - this week's Internet legend. 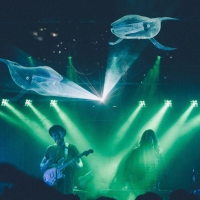 Jinja Safari call it a dayAnd unsurprisingly, it all seems very amicable.
News