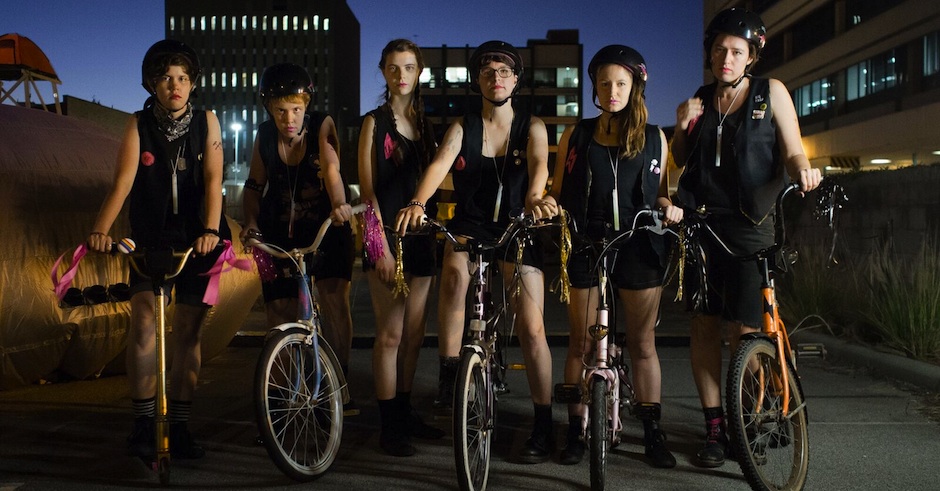 If you're driving around Perth in the near future and come across a group of 20-30 women on bicycles, clad in black, pink and gold and looking like they own the streets; chances are you've just had your first meeting with The Lightning Furies - Perth's all female bicycle gang. Born from the minds of Snapcat, an artistic collab between artists Renae Coles and Anna Dunnill, The Lightning Furies are a live art project, culminating in the form of a feminist bike gang. The lack of female cyclists we encounter on our roads has a lot to do with the aggression and macho-attitude that often goes hand in hand with the sport, so Snapcat have taken it upon themselves to challenge masculine cycling culture with their own crew of female and non-binary riders.

Coles explains: "As female commuter-cyclists in Perth, we've noticed that the local cycling culture is a space dominated by lycra-clad male bodies, and if that's not you, it can feel pretty un-welcoming…When you sign up to be a Lightning Fury, you'll make bike accessories and take on a secret gang identity. You'll learn to be your bravest self, ride in a pack, and smash the patriarchy with boots and glitter." You can donate to a Pozible campaign HERE to raise money that will help Snapcat take The Lightning Furies nation-wide. 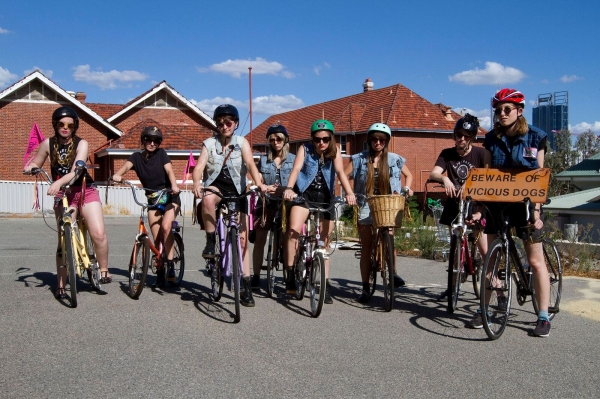 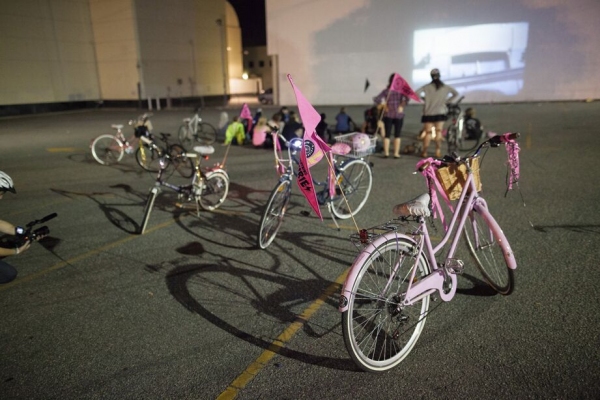 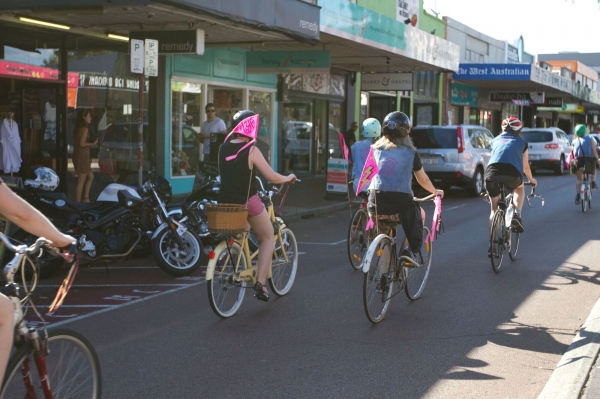 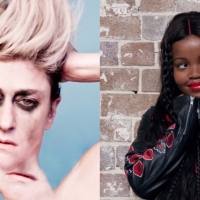 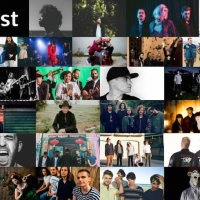