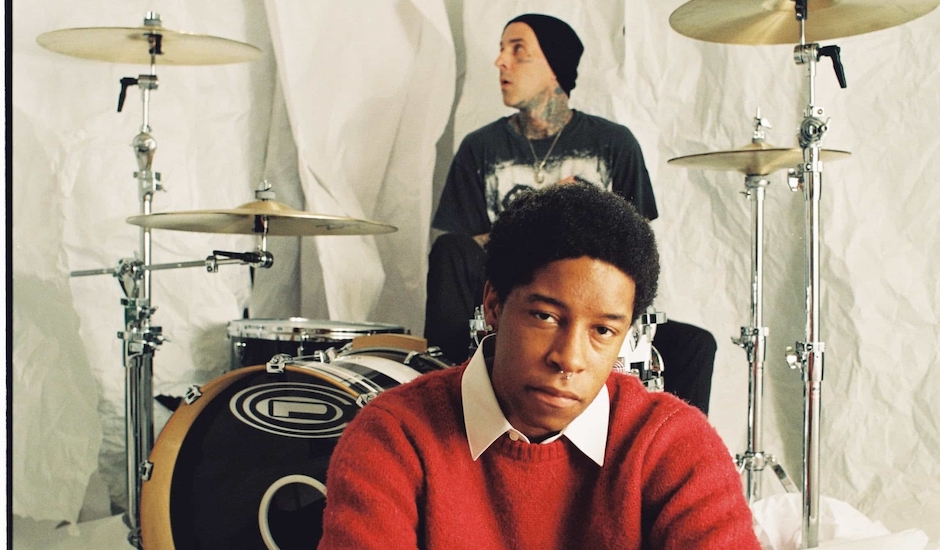 It’s hard - actually, impossible - to describe the sound of KennyHoopla by classing him into genres. He switches between sounds as easy as he picks new ones up; his debut EP - May’s how will i rest in piece if i’m buried by a highway?// - lurching between snapshots of alt-rap, punk-rock, indie-pop and even drum’n’bass, all through the course of just over 20-minutes.

It’s a multi-dimensional, unexpected mix of sounds that’s come to define the Wisconsin rapper - real name Kenneth La’Ron - and his continuing descent into the mania of experimentalism, even long before his exploration in songwriting. Growing up, he was surrounded by pockets of music from the full spectrum of genre. One minute, he would dive into the mid-2000s indie-rock of Bloc Party and The Drums. The next, would be Crystal Castles or Totally Enormous Extinct Dinosaurs, followed by rappers like Kid Cudi or Yung Lean, then emo-punk-rock from Teen Suicide or Blink-182. He’d come to pluck facets of each of these acts and their respective sounds for his own songwriting; drawn to them and the universes they’d build through music - something Kenny would follow as a multi-dimensional artist with talent in dance, visual art, and music.

Skip forward to current-day, and the now-23-year-old is exploring the meeting point of these acts through his own work, merging together all their respective sounds - with some from outside this bracket too - while keeping the sense of urgency and creativity that connects these otherwise far-removed acts together. His work feels like nothing else out there, indebted to nostalgia for the late-2000s/early-2010s while also feeling like something that couldn’t have ever come from this era; thick with the experimentalism and uniting of long-apart sounds that are bound to define the future of music.

KennyHoopla, however, is already there. how will i rest in peace if i’m buried by a highway? descends into the mania of Kenny’s controlled chaos while celebrating the many musical pathways that create his sound. There are nods to Bloc Party and their frontman Kele Okereke throughout - “There’s an aura about indie rock music, and a sound and energy that I can’t explain, but I feel like I have it in me,” he told NME earlier in the year - but they’re mixed with different energies entirely, like the pulsing, drum’n’bass backbone of its opening track thinkingoutloud (which come from his adoration of Aphex Twin particularly).

In saying that, thinkingoutloud is just the start. Throughout the course of the EP’s six tracks, KennyHoopla moves between the intersection of hip-hop and alt-rock while swerving through different lanes entirely. At some points, he relishes in the lushness of gentle ambience, while in others, he moves with a sense of frenzy that seems to capture his passion and energy towards music itself. The songs contemplate mortality through blazing alt-rap; social hierarchies through sombre emo-rock brought into another dimension through its live performance. Sure, we might have brought in the comparisons to Bloc Party and co. before, but as the EP descends further into the madness of KennyHoopla’s musical mind, you get the feeling that there’s really no-one else like him.

Now, just a few months later, KennyHoopla is already taking that musical introduction, and flipping it on its head. He branched out into collaboration, teaming up with Canadian-American Fuelled by Ramen addition grandson for a remix of lost cause which was then remixed again, the second time featuring Jesse Rutherford from infamous alt-pop group The Neighbourhood. He teased an album back in October, and then launched into his next steps by teaming up with one of the musicians integral to his early musical exploration: Blink 182’s Travis Barker.

The two unite on ESTELLA//, a rushing punk-rap frenzy that feels like KennyHoopla’s most manic work to date, built from a shared admiration not just of each other - Travis reached out to Kenny on Instagram to collaborate - but also the sounds that defined their rise. It’s sharp, utilising its two-minute run down to knock you down and build you back up through pacing pop-punk-rap that feels like an evolution of mid-2000s punk, an era that Travis Barker helped define - an era that Kenny latches onto for constant inspiration.

“I loved Kenny’s music from the moment I heard it and showed everyone it. We connected and kept talking about working together. ‘Bout a month ago we got in the studio for a few hours and it was magic. That’s when we wrote ESTELLA//, rest is history,” says Travis Barker, with an admiring sentiment no doubt shared by Kenny. That connection shines on ESTELLA//, the two weaving amongst each other as Kenny’s vocal navigates the controlled chaos of Barker’s percussion, which really taps into that manic, punk nostalgia away from the genre’s current-day stylings.

There’s also a video clip directed by Lonewolf, the seasoned music video director whose touch has graced hip-hop videos by A$AP Ferg, Lil Yachty and MadeinTYO. The video clip really doubles down on that punk nostalgia, the getaway-styled clip reminiscent of the punk clips that would show at MTV’s heights - or, in an Australian equivalent, amongst the early-morning Rage selections that’d usually give people a second wind at 6AM in the morning.

It’s a brilliant moment and one that really captures Kenny as an artist worth watching in the year ahead; his status as a break-out act seeming locked into place, making it a question of when rather than if. In the meantime, watch the video clip for ESTELLA// below, and get to know the genre chameleon before anyone else: 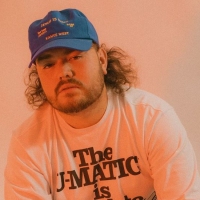 EP Walkthrough: Saint Lane goes deep on his debut EP, If I Leave You In The FireAfter making an arrival last year, the Gold Coast-via-New Zealand rapper encapsulates his charm with a rich, six-track EP. 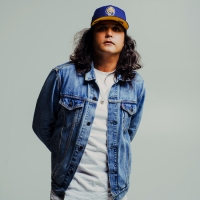