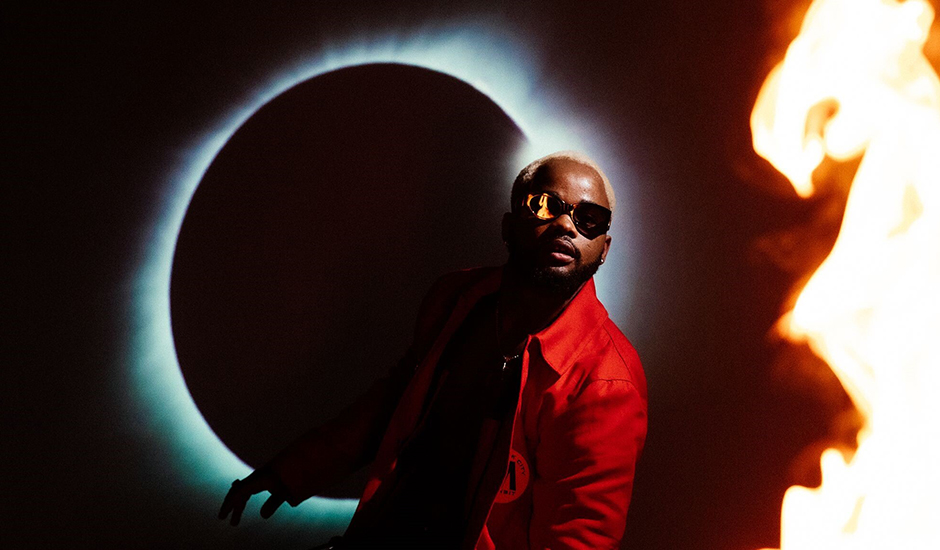 Carmouflage Rose is someone whose next move has always seemed unpredictable. Back in 2017, the Zimbabwe-born, Brisbane-based rapper made an entrance with his breakthrough debut single Late Nights, a woozy blend of hip-hop and R&B that introduced Rose as not only a newcoming star, but someone who is leading Australian hip-hop's bright future, which we've had the pleasure of watching come to life in the years since.

Eventually, Late Nights and the singles that soon followed led to the release of Carmouflage Rose's debut EP Taste, a six-track release back in 2018 that solidified Rose's presence as a free-spirited and versatile voice of hip-hop's present (and future), showing his many musical avenues and the stories and experiences that bring them to life. It was a release that catapulted Rose to the upper echelon; a release that previewed the heights he could achieve, and the many sounds in which he could achieve those in. It was a big moment, and one that had many faces wondering what Carmouflage Rose's next move would be.

In the four years since Taste, we've received glimpses of Carmouflage Rose's said next moves, as the rapper interrupts periods of quietness - time used for reflection, personal growth and musical experimentation - with touches of new music; singles such as 2019's Sele and Million Styles showing extensions of the sound previewed on his debut EP. For much of the time since, however, it's been silence; the rapper keeping his head down as he furthered himself and commenced a journey of personal, musical and spiritual growth - something that has defined many of Rose's years since Taste's initial arrival.

A Night With No Moon is Carmouflage Rose's second EP, and its eventual and long-awaited arrival on Friday bring suggestions - if not explanations - as to what exactly the rapper has been up to over the last few years. It's inwards facing journey for the rapper, one that captures his own personal growth as much as it does his musical growth; reflective and honest lyricism spiralling amongst a hot-bed of hip-hop and R&B-tinged productions that keep you on your toes throughout the EP's seven-track duration.

There's a lot of maturity packed within the confines of A Night With No Moon. There are songs such as Powerplay, which takes a rich tapestry of modern percussion and dancehall grooves and uses it as an underlay for internal battles and upfront honesty, something that this EP features far more of than the work we've heard from Carmouflage previously. Crash And Burn and the EP-closing Bittersweet present other examples of that intimacy, but there are tall-standing moments too; the title-track - A Night With No Moon - being a moment of celebration after Rose's QMA win.

It's an EP that captures the highs and lows of Carmouflage Rose, and the journies that have underpinned his growth and evolution since his initial arrival. That evolution is something placed in the centre spotlight of this EP, and while his next move has always seemed unpredictable, A Night With No Moon feels like the perfect follow-up to Taste, building upon the foundations his debut EP showed while leaving the door open for more to come. Carmouflage Rose may have taken some time away from the limelight, but A Night With No Moon proves that he's still more than deserving of the space that he was so quick to make his own.

Take a dive into the EP below, and underneath, read a track by track dissection of the EP, where the man himself walks us through its creation and themes one song at a time:

A Night With No Moon

I wrote this with James after the QMA's (Queensland Music Awards). It was a big night out because we had just won the best hip hop release for SELE. We had a writing camp booked on Stradbroke Island the next day so we were all hungover. We started setting up the gear and I felt like the vibes were there to create and I kinda asked James to maybe try something. The progression in this was the first thing he played. I wanted the lyrics in the intro to be washed out and hard to hear so he used heaps of reverb (Vallahalla) and heaps of Soundtoys plugins to achieve that. The result was the namesake of the EP and the perfect intro for what's to come.

I worked with Brisbane producer, Lazy Eye and writer, Brooke Toia on this one. We had a session at my studio in the valley (STUDIO24). It was a morning session and I'm not a fan of daytime studio sessions but this was the first song we made and it felt right. The chorus came first and the concept was based around a group of girls going out and wanting to have fun on some girls night type thing, and not wanna be bothered by guys but just have fun with their friends. And in the verses, I'm referring to myself as a guy that has been hurt and been lied to and falling in love and I'm basically ready to drown in someone and give them all my love.

Lazy Eye is a Brisbane based producer who has been mentored by James Angus and his production skills are next level, definitely one to watch out for in the next few months.

This was made after a rehearsal session with my producer/DJ Shyne, which we did in STUDIO24. James had some sounds he had put aside for me, and we usually just load them all into the pro tools then I freestyle my ideas and we pick what we work on. Powerplay was the first one, the song is just the battle between body and mind. Like think of this, you go out and you see your ex, they’re tryna chat and stuff you know it’s a bad idea but you kinda miss them too. You catch feelings then they don’t talk to you after that night and now you gotta start your healing again smh. I'm a sucker for love, man.

We had dancehall drums on this but we changed them to more modern drums but kept the dancehall base. Lazy Eye worked on this a bit adding ear candy around it too and we also have vocals from Brooke on this one.

Man oh man, I’ve had this song for like 2 years. The chorus and the horns have been on so many different beats it’s crazy! Tipsy is another drunk dance floor episode when you have a few too many and you’re on your phone calling and texting that person you know you shouldn’t but you’re feeling them and you want them to know but you’re shy but when the booze kicks in, it’s on, lol.

I do this a lot and wake up with so much regret mate, omg, but sometimes it works out for the good. Produced by Blessed, James Angus, and Lazy Eye also did his thing on this with the ear candy again. Travy P did help with some of the writing on this, he kinda saved the song with the, “I can feel your energy around me” line.

We created Blame at the new Sony studio down in Melbourne and it was one of those sessions that we went in fresh and wanted to focus on cooking up a vibe. Jayayo had produced some beats and they were ready to go for me to freestyle over so we can stick with whatever we are feeling at the time.

The lyrical idea was formed out of past experiences, I wanted to write a song about taking responsibility for the consequences of going out at night and finding someone you connect with. The idea is to give that person the freedom to blame you for what comes of the night. We all have a habit of regretting things we really enjoy when we are caught up in the moment. James Angus added in some production to find our authentic sound and Yafaso dialled in with an amazing verse that really hit home, he has a bright future and I loved collaborating with him

This song is about wanting to crash and burn in love, throw yourself into the midst of it and even if it hurts and robs you of joy and you just want to be there for them but then they give up on you, smh. You're hurt a lot by that and the crazy part is that you would still do it all again, talk about toxic love! Then we get into more confessional lyrics in the verse where I open up a bit more and address it.

Production-wise this is my favourite because the idea was to be as creative as possible and go left AF.  2 breakdowns, 2 solos, 4.40mins lol, love it. I think it’s songs like this that fans love the most, the ones that feel like a journey and not a formula and that's something I tried to do on this project. I love pushing the line just a bit and making things my own.

Harry Fox worked on this, another Brisbane guy, super talented. We had made 3 other songs in this session and they were all boring or just basic, nothing special. Then James played the lead keys and the rest was history. I can’t even remember how we ended up with the demo but I do know the lyrics were all done on the first day.  That's another thing I like to do and James says too, try your best to get all the lyrics on the first day when the seas are hot cause the next has its own energy.

Writing this was hard because sometimes I’m hurting and I don’t even know it, then I listen to my music and go, ‘wow man you need to go see somebody’. This is a personal song and out of respect for the other person involved, I’d rather not speak on it. Just go listen to it and it will all add up and the video has details too. 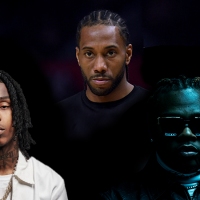 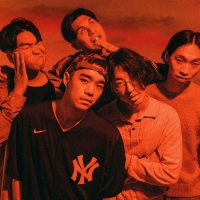 Meet 1300, the Korean-Australian rap crew breaking boundaries with SmashmouthThe five-piece's new single, Smashmouth, is an unbridled burst of energy that sounds unlike anything else in Australia at the moment.
Rap / R&B