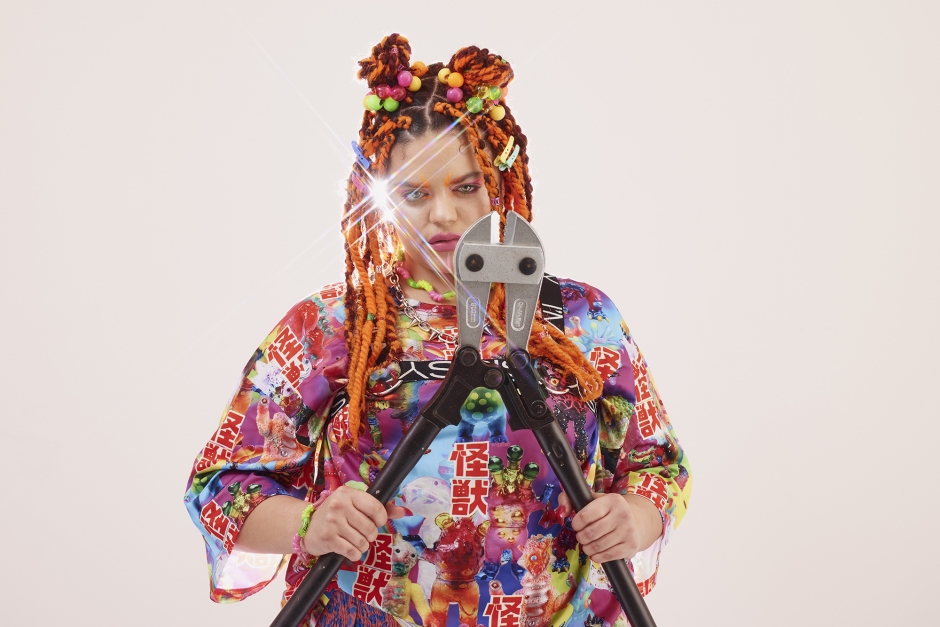 With extremely powerful subject matter explored through Racerage’s diverse lyrical delivery, ranging from smooth and soulful to straight up spitting tongue twisting bars, the beats need to be appropriately commanding - and indeed, they are. Influences from underground electronic genres and punk energy meet trap and boom bap in an awesomely twisted blend.

Out today, give Black Medusa a spin while reading the ideas behind each cut with Racerage’s in-depth and on-point walkthrough:

Do the Labour (ft. Jamaica Moana)

The first track of Black Medusa is probably the most infectious, dancey moment off the record, and the one I had the clearest vision for early on.

It started out as a few concepts I was originally working on for a feature on another artist’s project, around similar themes, but something wasn’t gelling, so I decided instead to dig deep into this inspiration alone and take it in a completely different direction.

The first part to come to me was the pre chorus “We don’t want no lukewarm allies” moment that I envisaged like a chant… a call to arms from people of colour everywhere, shouting out to our white friends, colleagues, loved ones: “You can do better, you must do better, the resources on how to support us are out there, there are no excuses for ignorance anymore, actually do the work!”

Once that hook came to me, I envisioned a vogue kinda beat, and knew immediately who I wanted on board: Sydney’s rap and vogue royalty, Jamaica Moana.

What I love about this track is how it combines a staunch critique of white fragility and performative but empty shows of solidarity, with the slick club beat from the record's lead producer, Various Asses. You catch more flies with honey , so how better to deliver the message than getting folks to absorb it while shaking their ass on the d-floor?

Eat The Rich is one of my older tracks that I’ve been performing since 2019. I feel like discussion of class is a real gap of political conversation and activism in my communities, so I wanted to explore class struggle on this album. This song aims to highlight, in a playful way, how the rich hog resources while scapegoating the poor.

After producer Julien Schweitzer shot me some beats after catching one of my shows, I loved the vibe, and immediately started writing the chorus.

It was originally a planned collab with Muma Doesa, but then I reached out to one of my super close friends from Warrang; Wiradjuri artist, activist and performer Sass Hound, coz I knew they’d bring something rly special in their feature verse, that would completely elevate the track.

We performed it up in Sydney twice together, and kept playing off each other’s energy in our live performances to add more cheek to it and make it rly fun.

For the album, Various Asses gave the production a whole evolution, swapping in some real drums and bass guitar, and lots of new elements to give it more swing and oomph.

Some of the fun little easter egg moments in Eat the Rich are a Lion King sample, a reference to one of my fave 90s cartoons, Madeline, and recordings of two of my favourite little backyard buddies, Mumma Bunya the possum and her bub Lil Bunya, munching banana on my fence like it’s Clive Palmer’s mushy brain.

Rebel Diaz are a huge inspiration to me, they are such political hiphop icons; and I love how they incorporate their activism, community work and deadly messages into their music and tours, but remain such down to earth guys. Getting the opportunity to work with them was the highlight of this whole project for me!

I supported them for a show on their last Australian tour, at Loop Bar a few years back, so I thought I’d shoot my shot and I was so chuffed when they were down!

It took a bit of coordinating across timezones; sending verses, riffs and recordings back and forward over WhatsApp, but we pieced together a powerful track that I’m proud of.

Copwatch pushes the audience and we as artists to learn our rights, share info with our local communities and take a practical stand against police profiling, harassment and brutality against Bla(c)k folks. The power to hold cops to account lies in our phones, get them out and press record!

Cop brutality is a core theme of my songwriting, if you check out the vinyl you’ll notice the labelling features side AC and AB r; For Copwatch, I had so much I wanted to say that we had to cut this one down from 6 to 4 minutes, and its still the longest track lol!

For Tic(k), I was working with my bffl; experimental pop kt spit, as well as the genius production magic of Various Asses, who manifested our vision incredibly.

Kt spit and I have collabed a bunch on her music before ( I sometimes used to sing back up vox for her solo music pre-Racerage), so it was cool to bring everything I love about what kt does, over into my sphere of hiphop.

We really crafted this song together at every step; spending my birthday finalising the vocal arrangements as they bounced off the tile walls of her airbnb spa, the night before recording. This song is one of the more intimate, personal songs we’ve both written. For me, this was quite a shift from my usual macro political focus.

This song involved more introspection for both of us into our own embodied experiences; of neurodivergence, mental illness and disability. The title is a reference to my Tourettes syndrome and our shared experiences of time blindness with ADHD, as well as how living in a disabled, mentally ill and/or neurodivergent body means you often inhabit a different world of time and space than other people.

Divine Melanin was one of the first songs I wrote, originally entitled Black Girl Magic (but neither myself, nor my younger sibling Kit who I wrote it for, identify as girls anymore…so it seemed a bit redundant to keep that title!)

Kuya Neil (fka YUMGOD) has been a core collaborator since I began performing as Racerage.

His frosty experimental beats really complement my flow, and the whisper effects that Various Asses incorporated in production evolved Divine Melanin into some delicious ear candy.

This song passes down knowledge I wish I’d had as a teenager, growing up absorbing white supremacist beauty standards. In it, I encourage my little sibling to reject the toxic messages we’ve both received from whitewashed, fatphobic media; to find in our features, rather than flaws, the gifts passed down from ancestors, connecting us to those whose footsteps we walk in.

I remember a munted post-Mardi Gras gutter chat as some packed Sydney club closed, promising to team up on a song, and finally this is it!

Their heckers, bass-drenched electronic music conjured up a dark, fluid, metallic realm for me to flesh out the character of my Medusa.

For this title track, I embody a powerful queer, Black, disabled, nonbinary manifestation of Medusa; able to subvert violating experiences by turning the harmful gaze of predators back on themselves and warding off countless intrusions against my body and hair with an inbuilt frontline of serpent protectors. FFS stop touching our hair!

Spewtopia was a surprise last minute addition to the album that feels like it was always meant to be here! This track, produced by my talented and hella prolific friend, rapper and producer Simo Soo, is my all time favourite to perform live!

It transports me into such an intense space where I love to smack the audience in the face with raw rage, channeling the historical and ongoing pain of genocide that this land is soaked in.

I wanted to structure the album to recreate a similar emotional journey as the one I invite live audiences to join me on.

I like to engage the listener early on with a playful banger, then to create permission for moments of laughter amidst some loaded, heavy topics, lull them into more melodic, meditative energy, before BAM! Straight to the jugular. Spewtopia brings the harsh, industrial climax to leave y’all reeling in the harsh light of day. Hope you enjoy the ride! 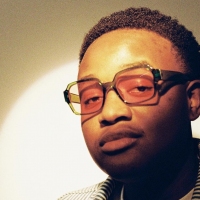 Premiere: CHISEKO - CARE feat. Your Girl PhoA few years since his last single, CHISEKO is back and here to get stuck in your head 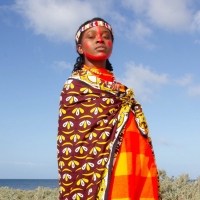