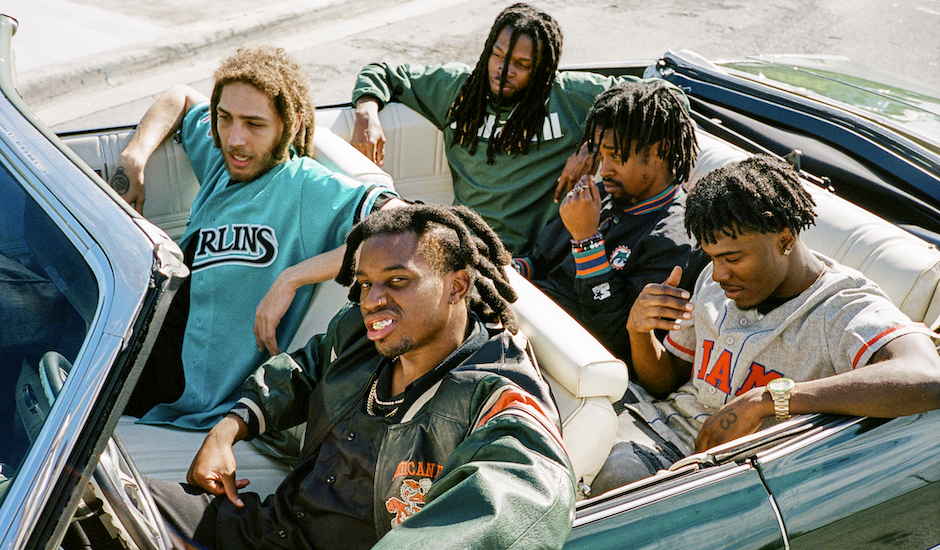 After spending much of the last decade pioneering a new strain of Florida hip-hop alongside SpaceGhostPurrp and Raider Klan, the emcee came into his own alongside a novel blend of punk sensibilities and seething hip-hop principles. Curry’s sound - one of the most distinctive in contemporary hip-hop - is as endemic to Florida as bizarre headlines and Tony Montana. It came as a surprise, then, when the Carol City emcee moved to Los Angeles in April 2017. "Love is always gon' be where home is, but it's also where hate it as well," said Curry last October in an interview with The Breakfast Club.

“I couldn’t get the producers and make the connections I wanted to make staying in Miami. I felt, musically, I was in a rut,” Curry told Miami New Times in November. “I was being lazy with making anything until I came out here, away from all the things that were familiar to me. It’s important to be uncomfortable because it breeds growth.”

This growth shone through on Curry’s TA13OO, one of the most acclaimed hip-hop records of 2018. The novel blend of newly melodic songwriting and increasingly honed punk-rap pushed Denzel further into the spotlight, and newfound collaborators such as Goldlink, J.I.D., Billie Eilish and JPEGMAFIA helped the emcee explore a diverse range of sounds. It seemed the culmination of Curry’s ever-sharpening pen game, which had illuminated the darkest recesses of his mind and lent a newly sensitive edge to his lyrics.

It comes as a surprise, then, that ZUU, Curry’s fourth studio album, is so irrevocably steeped in the very city he left behind. The record opens with an outright dedication to Miami-Dade, a musical epigraph that foreshadows the dominant theme of the 30-minute LP: “305, we in the house!”

“This what you made me, Carol City raised me,” poses Curry on the title track, once again fully embracing the confrontational sound that helped establish his city as a reinvigorated scene. It almost reads like the record’s sole contention: though he’s travelled cross-country and taken up in California, there’s no taking Carol City out of Denzel Curry.

It’s no coincidence that the guest emcees on the project - Kiddo Marv, Ice Billion Berg, Sam Sneak, PlayThatBoiZay and Rick Ross - all hail from Miami. Gone are the interstate up-and-comers that populated TA13OO, replaced by the only artists who could hope to earnestly speak for the Dade. Lead single RICKY finds Curry imparting his fathers’ wisdom, itself informed by a career in the Marine Corps and a lifetime in Carol City.

"Never let nobody get the one up on you
If they run up on you, hit 'em with a one, two or a bitch slap
Leave the cul-de-sac, your brothers gon' have your back regardless
And stick with your day one homies that was here before you started
And fear no man but the man above your head..."

The values instilled - hypervigilance, defiance, fraternity, loyalty and repentance - paint a bleak picture of their hometown. It’s this perspective that makes ZUU a love letter of the most earnest kind: it delves into the harshest realities of Miami-Dade life, the criticism within borne of hope and vision.

A vivid 2006 piece from Miami New Times - “The Curse” - detailed a student’s sudden shooting death on Northwest Dade’s “Fallujah-like streets.” Denzel himself compares his city to Baghdad on CAROLMART, a take that seems hyperbolic to the uninitiated, but Curry knows Miami-Dade’s violence better than most. His older brother, Treon, was tased to death in 2014 by officers from Hialeah PD. When Curry paints a picture of a city “where they serve and don't protect,” he’s pulling from experience instead of reputation. It’s this intimate knowledge and lived truth that pushes ZUU from a violent caricature to a chilling illustration.

Even as he paints a harrowing picture of Carol City, Denzel ties his reflections to his own legend. The passing reference to his own Parents, a cut from 2013’s Nostalgia 64, reads like a knowing nod to the devoted listener. If there was ever any doubt that Curry had forgotten about his roots, they’re immediately assuaged, buried by perhaps his tightest exercise in his most distinctive sound.

This sonic detour revisits old tenets with new vigour, pairing classic ideas with revised technical skill. Indeed, though Curry’s ascension has lent him much in the way of mainstream credibility, he’s still devoted to the ride-or-dies that came before it. On the Tay Keith-produced AUTOMATIC, Denzel eviscerates the opportunists that come with success:

“When I started, they deserted
Now they back because I'm earnin'
My response, ‘Where the fuck was you when Tree was CD burnin'?’
You ain't Shane, you ain't Mook
You ain't gang, you ain't crew...”

The outright rejection calls to mind the spirit of the project itself, one which is aimed squarely at his longtime fans and SoundCloud adherents. “This for all of my G's,” he muses on WISH, calling to mind the memories of people like Treon and pivotal figures gone too soon.

Even beyond the scope of friends and family, ZUU plays like a monument to the South, the long-maligned but ultimately influential musical movement that originated - at least in part - with Florida’s own 2 Live Crew. Hypnagogic fragments of Three 6 Mafia on RICKY, Lil Jon and Booty Bass on SHAKE 88, and SpaceGhostPurrp on P.A.T. further place the record alongside some of the South’s most influential sounds, conjuring a palette almost exclusively based upon the work of his regional forefathers.

This legacy jumps from invocation to actuality on BIRDZ, when Florida legend Rick Ross joins the fray. “I got lil' homie with me, city on our backs,” he posits, a powerful cosign from one of the game’s most revered emcees and successful entrepreneurs. The collaboration plays as a torch ceremony, with one Carol City veteran installing another trailblazer on the throne.

ZUU is many things: a surprise record, an inspired tack, a relentless assault, and an uncommonly furious love letter. Most essentially, however, it’s another entry in the enduring story of Curry himself, a onetime SoundCloud emcee who’s broken through the ceiling and ascended to levels of durability far beyond his station. In turning his gaze back to the city that birthed him, Curry’s maneuvered his considerable experience into one of his most affecting efforts yet.

It’s a comprehensive exploration of a time and place; a record so innately connected to Denzel’s own mythology that it’s almost fanatic in its tunnel vision. If projects such as TA13OO, 13 and Imperial toyed with alter-egos and distinct artistic personas, ZUU does away with such veils, placing Denzel - his upbringing, his triumphs, his wins and losses - at the centre of the narrative.

As impressive as it is, it’s easy to believe that Curry freestyled the whole record. "Went from mind to mic,” he told HotNewHipHop in May. “The pen and the pad is the middle-man if you already know what you’re going to say.”

If anybody can distill Miami-Dade off the dome, it’s Denzel Curry.

Denzel Curry's new album ZUU is out now via Loma Vista/Caroline Australia. Catch him at Listen Out 2019. 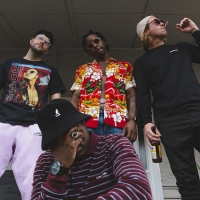 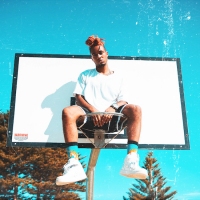 Meet Jaycee, the rapper dropping a new song and music video every week for six monthsKicking off next week, the project promises 26 new songs - and videos to match - until January 2020.
Rap / R&B