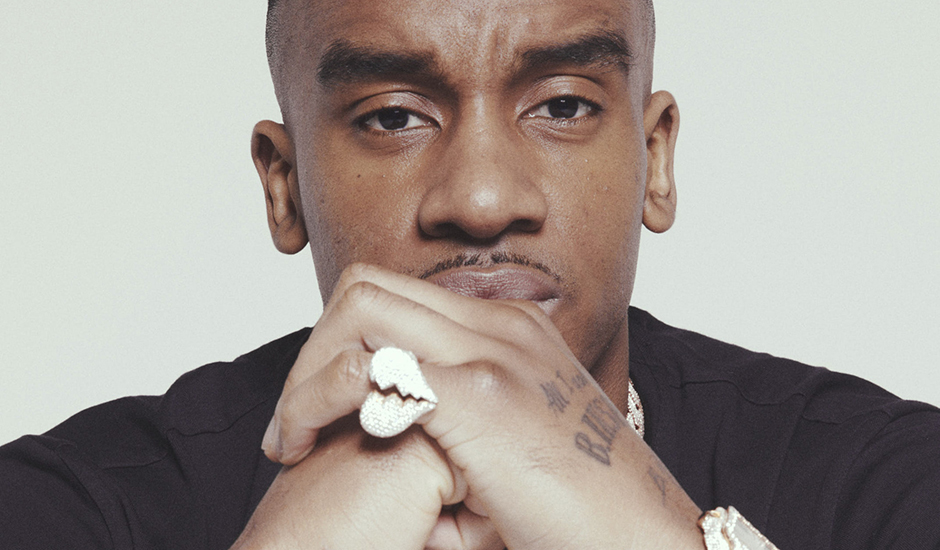 "As soon as I got to the hospital, the nurses told me I'm lucky to be alive. Three weeks later, I get a blood clot in my chest; the shit nearly killed me and now I'm back," speaks UK hip-hop heavyweight Bugzy Malone on the intro to M.E.N. III, the third song from the rapper's M.E.N. series (named after his prominence in the Manchester Evening News). It's a depiction of the grime heavyweight fighting back from the brink; a resurrection from near-death that defines his first album in the years The Resurrection, which arrived at the tail-end of May.

In March, the Manchester rapper nearly died - twice - after colliding his quad bike into a car at 110 kilometres per hour; Bugzy being thrown off the quad at the force of impact, gliding through the air and landing on cement without a helmet. Witnesses thought the rapper was dead, but instead, he suffered bleeding to the brain amongst a wash of other injuries. While recovering in hospital, the rapper nearly died again as a blood clot travelled down into his lung, suffocating him.

In M.E.N. III's long-winding and only verse, Bugzy Malone depicts his recovery with stark detail:

"Crashed doin' 70 without wearing a helmet,
Believe in God or not, there's no denying a blessing.
I was on the wards, slowly healing,
Lay on the bed and my chest was beating.
The blood clot passed through my heart and into my lungs,
And the pain was a deeper feeling.
I shouted for the nurse,
I could feel myself leaking with a face full of sweat,
Could barely catch my breath,
Even though I knew I was hanging by a thread,
I told the nurse that there’s no way I'm dying on this bed."

The incident and his following takes up much of the room throughout The Resurrection, the "King of the North's" first album in three years and a return to the limelight for an emcee that has long been associated with the breakthrough of grime to commercial culture not just in the UK, but internationally too. Across the course of 15 tracks, Bugzy Malone glides through shuddering 808s and orchestral strings with the reflections and realisations that come with near-death, bringing the cutting-edge nature of the rapper's discography forward to 2021, where he relishes in a spotlight he's carved over the last decade.

Bugzy Malone's imprint on UK hip-hop is inspirational to some, and a scandal to others. His earliest work is associated with Manchester's emergence as a hotspot for grime in the UK; battling the often-London-based heavyweights and paving the way for now-chart-toppers such as Aitch to revel in their respective success. That said, the rapper has been long plagued with negative headlines and crime; the M.E.N. series, for example, was born amongst the Manchester Evening News' continued fight to paint Bugzy Malone as a picture of crime in the UK, demonising him and the greater Manchester hip-hop community as a source of growing crime within the city.

The Resurrection relishes in both of those sides, as Bugzy cements his status amongst hip-hop's brightest stars and makes a case for his freedom in the process of doing so. He talks about the struggles of his childhood, and how growing up surrounded by drugs and violence encouraged his suicide attempts while still in school. He speaks on the journey of recovery both physical - largely following last March's road accident - and mental; the latter feeling like a plea worth playing at his forthcoming court case, where the rapper is charged with two counts of wounding to inflict grievous bodily harm.

The Emile Sande-featuring Welcome To The Hood, for example, explores how people in lower socio-economic environments are pressured into bouts of crime that plague their adulthood; a lesson of perseverance that encourages those to make a point of themselves and stand proudly amongst where they've come from. "It’s a commentary on what it’s like to be at the bottom," he told Apple Music on the single's release. "People in the middle or at the top, it’s easy for them to say, ‘Oh, they’re all lazy, they should get jobs, they need to do this and do that.’ The truth is I’ve just got an investment in people at the bottom because it’s where I come from, even if I have climbed."

Van Gogh Effect - a song indebted to the storytelling that Van Gogh attempted to show through his art - goes even further back, contrasting his early childhood with that of a 'normal family', questioning how people like himself are meant to find their feet in life if they're thrown into a world without hope within minutes of being born. "Can you get traumatised at five?" It's a question worth asking.

Musically, however, Bugzy Malone has no need to resurrect himself. After a string of sound and scene-defining mixtapes, the rapper's debut solo album B. Inspired arrived in 2018, all but cementing him as a heavyweight amongst a league of growing grime pioneers. The Resurrection is just as polished, just as focused, and just as worthy of applaud - a near-hour of Bugzy hitting a new peak, swerving between thick-cut hip-hop productions and moments more subtle and striking; the latter often dancing amongst the album's post-crash reflection.

On Don't Cry, he flexes a guest feature by Dermot Kennedy whose indie-esque tidyings somehow fit perfectly amongst Bugzy's focused raps. Many of the album's moments are a spectacle of grandness - orchestras worthy of big-budget cinema moving in the background of Bugzy's rhymes - but on songs like Cold Nights, they can be stripped away to nothing. That song, for example, is the most bare-boned grime song in recent memory, featuring Bugzy's flow undisturbed by one melody and dark, brooding bass kicks.

Bugzy Malone has always been the King of the North - his pioneering of the grime scene in Manchester is something flexed numerous times throughout The Resurrection - but on this album, Bugzy proves that he's not going to be edged out by the newcomers that have attempted to take his place; by those reaping the success that Bugzy has worked so intensely to plant - accident setbacks and all. It's cinematic and spectacle-inducing, yet detailed and intimate when it needs to be, layered with the versatility and complexities that paint Bugzy Malone as a star.

It's impossible to dismiss Bugzy Malone's presence in hip-hop's past, present and future. As long as he can stay alive, his photo frame in the history books is all but secured. 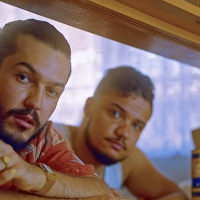 Premiere: Perth hip-hop duo Otiuh continue to surge with their new single, SundownAfter kicking off their year with a new single, the forward-thinking duo make it two for two with another new one. 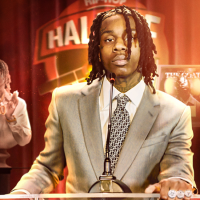 The evolution and versatility of US rap star Polo G, as defined by his collaborationsPolo G's new album Hall of Fame features everyone from The Kid LAROI to Nicki Minaj, as he continues to showcase his range through collaboration.
Rap / R&B