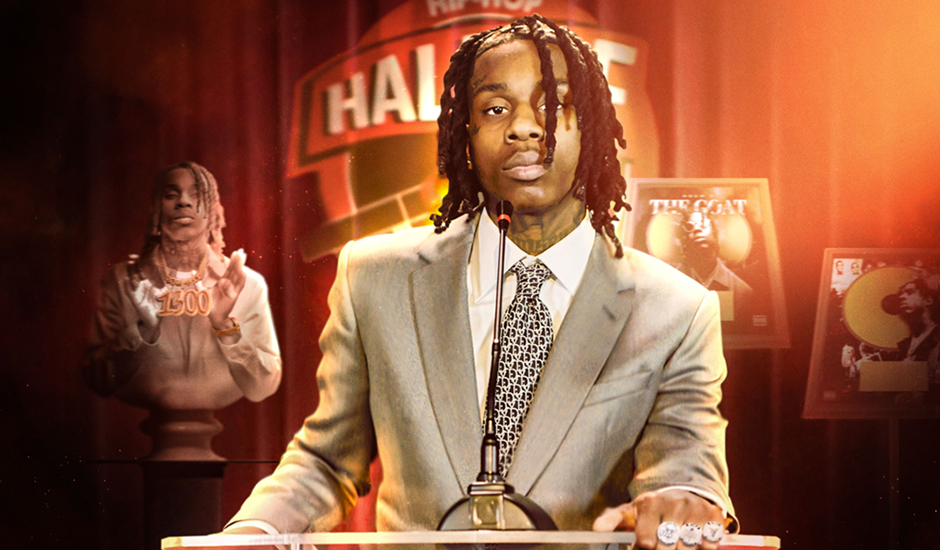 It's no secret that collaborations are key in making a name for yourself as a hip-hop newcomer. Almost every chart-topping rap heavyweight of today built themselves a profile through collaborations and guest features; a smart collaboration allowing a smaller artist to tap into the audience of someone far more established and with it, steal some of the audience as their own. It's also an easy way for already-prominent rappers to aim for high chart placements, with the overlapping of audiences bringing in more streams, more sales, and thus higher chart positions.

It's a trend that's visible across entire sub-genres and continents, from the high-profile link-ups within the UK grime world to the partnerships that form between Australian rappers back here at home, right through to the seemingly non-stop drip-feed of new faces in the US. Take some of America's biggest rap exports of the last 12 months, for example - Lil Baby, Roddy Ricch, Lil Tjay, Gunna, Don Toliver - and you'll find that each of their discographies are littered with more collaborations than you can count.

The same goes for Polo G too, another prime export finding himself in the spotlight in 2021. The Chicago-based newcomer has been one-to-watch within his community niche since his entrance back in 2019, but now - just two years later - he's dropping what appears to be a career-evolving new record featuring some of the most legendary in the world, as well as some of the most in-demand right now.

The truth is, however, that Polo G's evolution has been a long time coming, and it's something you can watch progress through his collaborative experience. Since making a breakthrough last year, Polo G's involvement on a track is usually a sign that there's something special wedged within the song's few-minute duration; Polo G adding a Midas touch that has seen him become a go-to guest in the space of just a year.

Hall Of Fame - his new album, arriving today (June 11th) - sees others return the favour. On No Return, he links up with Australian heavyweight The Kid LAROI. and Lil Durk. On GANG GANG, Lil Wayne comes to play, while on Losses, Young Thug makes an entrance. DaBaby pops up, as does Roddy Ricch, Nicki Minaj, the late Pop Smoke and plenty of others; Polo G clearly having an imprint that now, is deserving of some of the best rappers in the world to join his party.

So, while you take a dive into Hall Of Fame and relish in Polo G's moment below, we take the chance to track his evolution and versatility through collaboration, and show how his breakthrough moment has indeed been a long time coming, if guest features are anything to go by:

Growing Pains didn't start the journey for Polo G, nor is it his first collaboration. However, it's an important one. The single is a testament to the close-knit Chicago rap scene that Polo G is such an important part of, and Chicago rapper Tay Capone enlisting Polo G - then a far smaller, up-and-coming name - provided an integral boost to Polo's career, all while emphasising Chicago and the stories that rummage amongst its underground. The song finally made its way to streaming this year too, in a move that many long-time fans were psyched about.

Polo G and Lil Tjay are an important partnership; both names crucial in each other's long-winding glow-ups over the last few years (as you'll see shortly). Pop Out was the song that started it all, however, with Polo G enlisting Lil Tjay as a fresh-faced addition to hip-hop for his 2019 record Die A Legend. This song was also important in Polo G's commercial breakthrough, welcoming his first Billboard charting song.

This was a big partnership for Polo G, but not exactly because it was a breakthrough hit. The song was an early collaboration for CashMoneyAP, a French-born producer that following this song, became one of hip-hop's most in-demand producers, especially within the Chicago drill scene. Now, he's produced chart successes alongside Pop Smoke, Roddy Ricch, Lil Skies, Gucci Mane and more, but Polo G was right at the start - and it'd be hard to see the same journey take place without No Patience.

First, came Pop Out with Lil Tjay. Then, came its sequel Pop Out Again with Lil Baby and Gunna, and already you're starting to see the progression in his collaborations evolve. It's a single that takes the foundations with Lil Tjay and adds two high-profile guest verses on top, thanks to the addition of Lil Baby - one of 2020's highest-selling artists - and Gunna. If this collab came out in 2021, it'd be destined for #1.

Pop Out was the first collaboration between Polo G and Lil Tjay, and it didn't take them long to make it two-for-two with a second, First Place. First Place revisits their partnership just six months after their initial collaboration, and already, you can tell how their skills have heightened. They intertwine each other's verses with more ease and refinement, showcasing a new polish that will soon be built on once again.

Go Stupid is perhaps one of the most important collaborations in Polo G's progression. The single felt like a cypher of artists to have their breakthrough in 2019, and Go Stupid showcased the heights of all of them both together and separately. It took off, too. Go Stupid was Polo G's second-ever song to chart on the Billboard Charts, leading the way for plenty more to come in the year to follow.

As two native Chicagoans, Polo G and Lil Durk have collaborated before, but 3 Headed Goat really saw them level up. Also assisted by Lil Baby, 3 Headed Goat saw three self-proclaimed GOATS - greatest of all time, that is - team up in what feels like a heralding moment for all of them, capturing their successes while proving that Chicago has come a long way since Lil Durk and Polo G first found each other through collaboration.

Hate The Other Side was an incredibly important collaboration for Polo G. It wasn't the first time he'd work with the late Juice WRLD, but it did strike up a special relationship to his protege in The Kid LAROI, who'd later feature on Hall of Fame (but we'll talk about that soon). It's also important in that it sees Polo G collaborate one final time with the late Chicago success story, and with it, give Polo his highest-charting success thus far - what a special moment for it to happen with, too.

Patience is an integral addition when discussing Polo G's evolution, but mostly in the context of his versatility. Patience saw Polo G dip his toes into full-frontal pop music, adding his rap touch to the UK heavyweight KSI, while Yungblud's addition brought yet another side to the song, with his punk-ish energy fitting perfectly amongst the chaos Polo G always welcomes within his work. Patience also saw Polo G really begin to branch out in the UK, a notably difficult market for US rappers to battle against the favourited, home-grown names.

And here, the partnership between Lil Tjay and Polo G continues to shine. Headshot sees them come together yet again, and like Patience before it, the song welcomes a further sense of versatility to Polo G's discography, diving into this heavy and quite aggressive drill sound that Polo G has worked with before, but this time, really feels like a pro in. Lil Tjay, Polo G and Fivio are a three-piece that have worked together separately numerous times, but together, they feel unstoppable.

Plucked from his newly-minted album Hall Of Fame, No Return sees Polo G re-unite with The Kid LAROI and Lil Durk; the former for the first time since teaming up for the aforementioned Juice WRLD track, while the latter being a constant collaborator in the Polo G discography. No Return sees a heightened version of them all take centre stage; the evolution of Polo, LAROI and Durk as three huge, chart-dominating names feeling more present as ever within the song's hard-hitting three minutes.

Polo G has long named Lil Wayne as one of his biggest career inspirations, name-dropping him in his XXL Freshman interview and constantly referring to the Louisana rapper as one of the greatest. CASH CASH is a career-defining moment for Polo G that brings the pair together for the first time, and you can't help but feel like Polo G is relishing in the excitement of working with one of his biggest inspirations - there's an excitement here which you can't manufacture.

Speaking of the greatest, Polo G didn't just settle for one on Hall Of Fame. Enter right of stage Nicki Minaj, who unites with Polo G on the album-highlight For The Love of New York. It's a big moment for the pairing as they collaborate for the first time, marking the first female collaborator to Polo G's discography and why not start with one of the best and most influential there ever was?

We couldn't not end this piece with Clueless, which sees Polo G come together with Pop Smoke and Fivio Foreign. It's a song that reinforces Polo G's skillset in grime, sending off one of Brooklyn's legends - Pop Smoke - with one final collaboration, and what better way to do that by enlisting a shared collaborator in Fivio Foreign. It's a special moment that closes off Hall of Fame, and a constant reminder that Pop Smoke was taken way too early - there's so much talent within Smoke, and Clueless proves that once again. 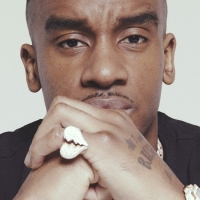 The Resurrection of Bugzy Malone, a UK rap legend fighting from the brink of deathIn 2020, one of grime's most notorious faces nearly died - twice. His returning album depicts the road of recovery, and it's brutal. 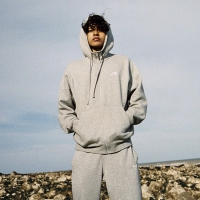 Only recently turned 18, London musician Kamal. is the next generation of UK R&BAfter a breakthrough guest feature with UK rapper Dave, Kamal. now has his eyes set on his debut EP, war outside.
Rap / R&B