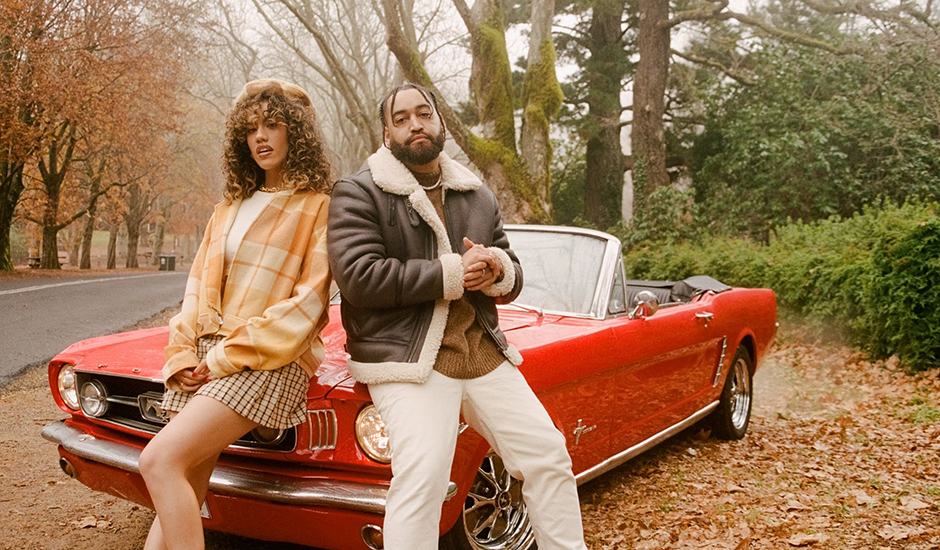 It's no secret that Sydney's western suburbs has become the epicentre of Australian hip-hop, and it's incredibly exciting next generation. Over the last five years or so in particular, it's become a place where rap and R&B music has been nurtured rather than shunned. It's a place where people across a broad spectrum of identities have used music as a source of both pride and escapism; using hip-hop to share messages of perseverance and hope, especially in the face of things like racism and poverty, which install a glass ceiling over their heads.

As such, it's a place where collaboration is rife. It's not rare to see Western Sydney rappers collaborate and work alongside one another to make their visions a reality, even if it's just through the means of supporting and one-upping each other at every opportunity they have. The latter feels similar to the relationship between B Wise and Becca Hatch, two forward-thinking favourites of Campbelltown who have long supported and appreciated one another's work, despite being yet to officially collaborate in the traditional sense of the world.

Now, however, that ends. B The One sees the two forces come together for the first time, and it's a spark that feels lit from the first second, not just capturing the heights of both musicians as they continue to reach peaks in their respective sounds, but also in how they emphasise that in one another; lifting up each other's strengths in the process of doing so.

Musically, B The One is a rich blend of hip-hop and R&B, exploring the middle ground between B Wise's more rap-focused sound - albeit one becoming more melodic as time goes on - and Becca Hatch's rich and soulful R&B. B The One flirts between these two sides; B Wise going for a slower sound as he moves amongst a hotbed of woozy production with snapping, near-reggaeton percussion, while Becca Hatch matches his tone and flow, deepening the melodies of B The One through her butter-y vocal and the angelic presence she so often shows through her work.

"When you’re with someone in the studio, you know within the first five minutes if it’s gonna be weird," B Wise says on the collaboration, and the single which came from it. "It was never like that with Becca. When she came, we were just talking and laughing, then she’d show me what she’d been working on up until that point. Then I’d show her what I’d been doing and then we got the idea of what we both wanted. Bec has more of an R&B background than I do, but I’ve been trying to balance the melodic stuff with the rapping too on what I’ve been doing lately."

If nothing else, B The One showcases the connection between Becca and B Wise; one that's continually grown as they support one another on tours, join each other on festival and show line-ups, and now, get together in the studio. "I look to Wise as a big brother," Becca Hatch adds, in a testament to the pairing's growing relationship. "So getting in with him for the first time was really sick."

Take a dive into the single below, and underneath, read an interview between the pair, where they chat about Western Sydney, fashion, R&B G.O.A.Ts, and working with Jessica Mauboy:

Early on, how did you navigate the music industry being one of the only Western Sydney artists in a predominantly white rap scene?

That part took some adjusting, at first you naturally wanna do what's working for everyone in the existing scene. However, I quickly learnt that the only way I was gonna cut through and stand out was just tell my individual story and the story of people like me that didn't have the platform, bring people into my world and show my style of creativity. Since then things have moved in a positive direction...

Looking back, is there anything you would have done differently?

I would have tried to travel the world for music sooner, and create networks in other regions. By the time I started doing that, a year or so later covid 19 hit! So a lot of those relationships built can be hard to nurture long distance.

Who did you look up to when you were first starting out in music?

To be honest I was obsessed with The Game when I started haha. But, I also really dug 50 Cent (poster on the wall type thing lol). I've always been a fan of the rapper/business mogul blueprint.

What inspires your fashion/dress sense? Do you draw on your heritage for inspiration?

I don't really consider myself a fashionista, I just like what I like, I go for comfort with a balance of something old, something new and always a fresh pair of kicks & socks.

What's one place in the world you would love to do a show in?

Who is the dream artist you would most want to do a track with?

After having listened to the beat for B The One - Did the track turn out the way you imagined it the first time you heard it?

Nah, I think over time we made it better! We pushed ourselves and that was the final product

What is your favourite part about the creative process of making and releasing music? (Working on vids, styling, writing, studio etc.)

My favourite part is just listening back after you've finished a full song, putting time into something then hearing it mixed down like "oh yeah, we did that".

What is your favourite line from B the One?

"Talk about days that were cloudy, but you were right there through the darkest"

In the studio or when starting a song, take us through your creative process.

Depending on who I’m working with I usually like to start with a singular instrument like guitar or piano and freestyle melodies over chords. Usually, those melodies come in the form of syllables which I then form into sentences about what I wanna talk about or what I'm feeling.

I recently saw you were in the studio with an Aussie icon Jess Mauboy, can you tell us anything about your session and how y'all vibed?

She is the most beautiful person ever!! Literally such a kind soul. Honestly super grateful to have gotten the opportunity to link with her and write some music. For me, it was a super surreal experience seeing as she was someone I always watched and looked up to growing up.

Taking from one of your questions, what influences your fashion style? I think when we first met/spoke properly at my gig, the first thing I did was actually compliment you on your fit!

To be honest I feel like I just wear what makes me feel like most confident/comfortable! I also feel like growing up and listening to artists like Aaliyah, TLC, Rihanna and Destiny’s Child, definitely influenced me for sure.

If you could choose one domestic and one international act, who would be your dream music collaborations, and why?

Domestic it would probably be FLUME or Tame Impala, and Internationally it’s gotta be SZA.

What was your favourite part of making B the One (eg studio, video, styling,)?

Definitely the video (even though I was SO COLD the whole time). I feel like I really love seeing music come to life visually.

Tell us something completely random that people out there don't know about you, but will now lol? 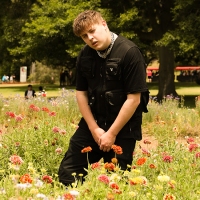 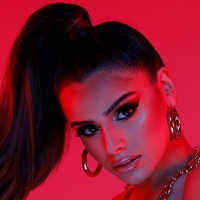 Meet Celina Sharma, a rising star teasing her debut EP with a new single, Her WrongsThe Australia-born, UK-based musician will share her debut EP later this year, which includes collabs with Rich The Kid and more.
Rap / R&B