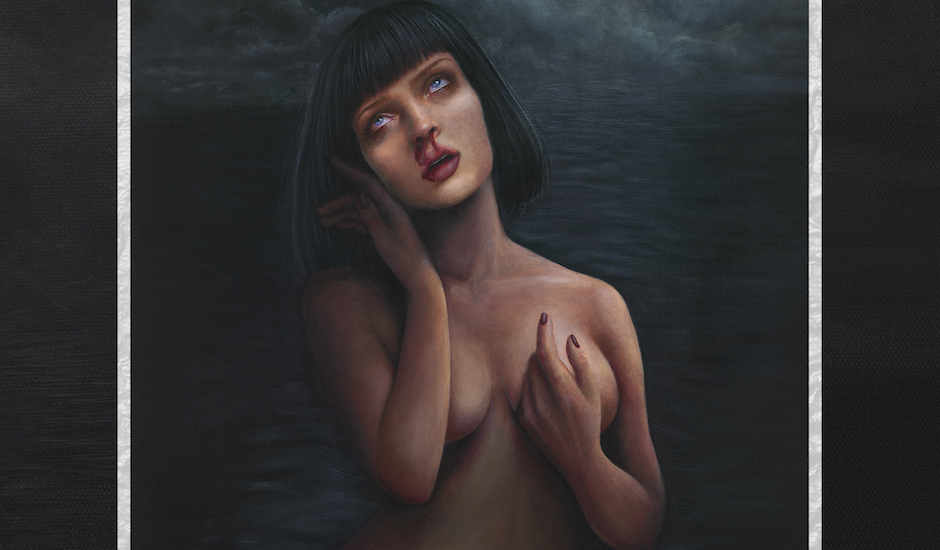 Kronic is an Australian producer who has worked with some of the biggest names in the game. How big? Think Lady Gaga, Far East Movement and Justin Bieber big. Recently he's been putting a heap of energy into his own project, and the results are his huge new EP, Sophisticated Ignorance. A blend of bassy electronica, trap and hip hop with some serious features throughout the eight tracks, it's a release from a guy at the top of his game. He was kind enough to give us some insight into the making of Sophisticated Ignorance, so press play below and read-up on one of this country's most underrated producers:

Bulimic is the Sophisticated Ignorance anthem. It was important to open the EP with Bulimic to set a tone for what's to follow. It’s a call to arms to give the middle finger - literally and figuratively to anyone trying to stand in your way. From a production point of view, this is me flexing my hip hop muscles just a bit. Bulimic also serves as the introduction to Patty Crash. Patty is a fantastic writer and singer, but somehow I convinced her to rap on this one. The last line on her verse ‘middle finger bulimic, I’m always throwing it up’ is the best single bar on the whole project. I’m also producing her debut EP as well, which I’m really excited about.

U Betta Ask is me going back to my DJ and mixtape routes. The lead sounds are actually me scratching! Scratch breaks are a staple of hip hop mixtape, so this is my scratch break. In my mixtape days, I would take vocal samples from other records. For Sophisticated Ignorance, I recorded originals and made them sound like samples to capture that feeling. U Betta Ask Somebody is classic hip hop tough talk. “You don’t know about me? You better ask somebody!” This track is my tough talk. A lot of people know me from my more dance songs. This is a reminder that I come from hip hop.

The Storm is really the centrepiece of the entire project. It’s dark, daunting and cinematic. Movie trailers are a big inspiration of mine, and The Storm really captures that feeling that something epic is coming. It’s the warning shot. When I close my eyes and listen to it, I imagine it as my opening track if I was performing to an arena. It’s the defining song on the EP, and in the course of writing it, ideas were sparked that went on to form Bulimic, U Betta Ask, NRG and Hurricane Season.

Hurricane Season is the second part of The Storm. If The Storm was the warning shot, this is the riot that just exploded on the streets. It’s a very dramatic record, as the anxiety and tension just keeps building and building through out. Somehow, I managed to convince Nikki Jean to rap on this for me. Nikki’s a brilliant singer, but her bars on Hurricane Season makes me want to hear a rap album from her. That said, I’m also working on her solo project, so maybe I’ll convince her to spit a few bars on that too.

It’s easy to underestimate NRG on the first listen, but there’s a lot of depth hidden through out it. On one hand, it contains a lot of familiar trap and elements from my past work - the heavy synths and big build ups especially. The plot twist arrives unexpectedly right in the middle, in the form of Nikki’s haunting hymn-like vocals. A lot of the inspiration behind NRG comes from the trailer for The Avengers: Age Of Ultron. In the trailer, Ultron delivers a sinister monologue about puppets being tangled in strings. In the background, you can hear an ethereal voice singing ‘I’ve got no strings on me.” No Strings On Me is actually a song from Pinocchio that was reimagined in a truly twisted way for the Avengers. I wanted to bring that ominous, dire tone to NRG to offset the more ‘clubbier’ parts of the record.

I felt it was important to release NRG as the first preview of Sophisticated Ignorance. It’s familiar enough to not completely throw off the audience, but it introduces that something a little more out the box is coming from me.

A preview of my next two projects.

Thinking back, Dark Shapes might have been how I started exploring more cinematic tones. Over a year ago, an early instrumental version was cut to a Ford commercial that never came out. When they called me about it, I couldn’t see how this track could possibly in a car ad. But when I saw the edit for myself, it opened my mind up to a world of possibilities. Thematically, Dark Shapes is based on the fact that memories fade and blur the more you relive them. The more you try and keep the memory alive, the more abstract it becomes.

I’ve had several people tell me that Dark Shapes belongs in a movie trailer, and that’s exactly what I was going for. Movies are huge influence on my music, and my love of film really shaped the cinematic direction of this track, and the EP as a whole.

BLOOD IN THE WATER

To me, music is story-telling, and Blood In The Water is the story of the struggle. It’s the tale of the battle of what it took to get here. "There’s blood in my eye, blood in the sand / None of this has come easily, we’re far from gifted / But we're always working hard to take ourselves higher - let’s get lifted."

The male voice of Blood In The Water is former pastor turned songwriter Israel Bell. In most sessions, I would give Izzy very specific directions, but for this track I told him to let loose and take this where he wanted, and he rose to the occasion. Izzy later told me that this was the first time a producer had given him such creative freedom. At one stage, Blood In The Water had a drop in it, but it was taking away from the beauty of the song. A very talented friend of mine, Xavier Dunn, played live guitar and bass on Blood In The Water, and he helped me take this track to where it needed to go. 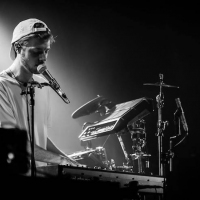 Lido has just dropped three (!!) new remixes on his Soundcloud....and removed everything else. 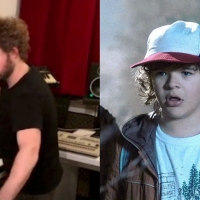 Luke Million takes us through the mountain of synths in his epic Stranger Things coverThe "mad scientist" takes us into his lab.
Electronic