When it comes to Australian electronic, it's hard to find a label as consistent as etcetc. The group are always ahead of the curve when it comes to electronic music and it shows in their roster, which pairs the heavyweights of our local scene - PNAU and 2018 success story FISHER among them - with a collection of artists that are easy to label some of our most exciting and promising, such as Luboku, CLYPSO and BRUX. Their annual yearbook is basically a highlight reel of the label's respective year completed (with a few exclusives thrown in for good measure) and their 2018 edition feels like a masterclass at their knack for unearthing exciting talent from both here and abroad, whether it's remixes by BLANKE and hi tom, or stand-out singles from acts ranging from some of those mentioned previously to JNTHN STEIN and house don Airwolf, which is something you'll quickly find out for yourself when the full yearbook arrives in all its glory tomorrow.

Before that happens though, we're stoked to treat you to one of the Yearbook's exclusives: a remix of BRUX's stand-out single In My Dreams, by none other than rising Melbourne force and Pilerats favourite Christopher Port. It's an intricate and layered remix that flexes Port's production muscle, giving his signature percussive garage-house a tropical-esque spin as he layers whistles and chimes with densely-packed percussive hits that eventually, are layered amongst BRUX's spoken vocal, which remains one of the year's most hypnotising. Not long after, however, the remix turns into a bit of a darker beast, with a pulsing bass line and thick synth work joining the percussion party as Christopher Port explores a bit of a darker and more club-centric side of his sound. "Christopher Port has been one of my favourite local producers for some time now, I'm honoured to have him work his magic on In My Dreams," says BRUX on the remix and we'd have to agree - it's hard to find a producer as on-the-mark as Christopher Port at the moment, and this remix does nothing but solidify that. Listen to it below, and stay tuned for the full etcetc Yearbook to arrive tomorrow - tracklist underneath the remix. 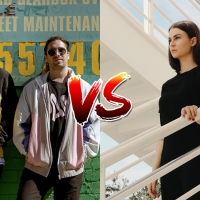 Made in Paris and Human Movement interview each other ahead of Daylité Open AirThe two Australian tech titans will meet at Perth's Daylité Open Air, joined by Mall Grab, Satoshi Tomiie and more. 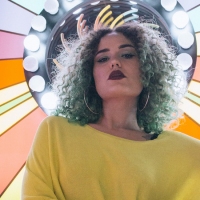 Premiere: Meet ISY ISY and the video for her latest single, I Set Me FreeThe rising Sydney musician caps off a big year in a big way.
Electronic