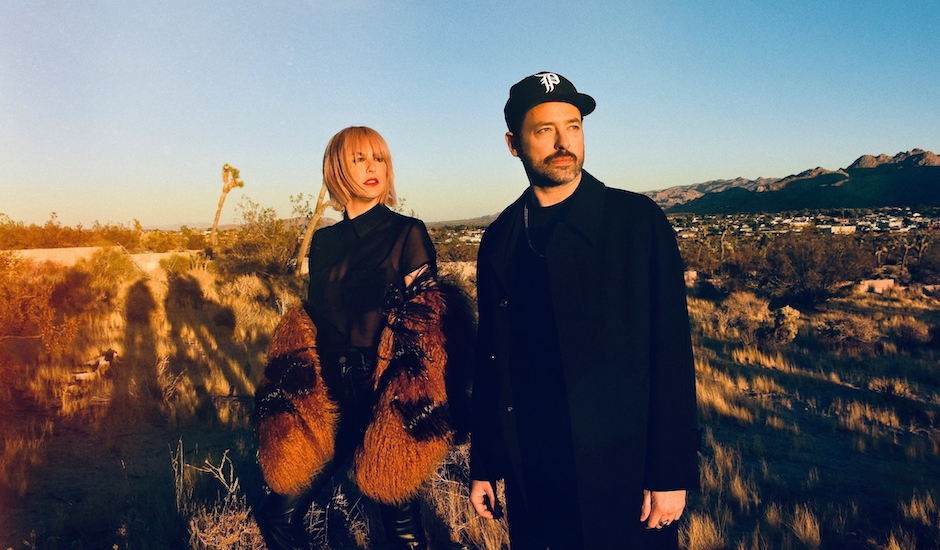 Phantogram are an interesting name in international electronica. Over the last decade, the New York City duo - consisting of Josh Carter and Sarah Barthel - have blossomed into somewhat of an essential in the US electronic sphere, moulding and warping together sounds plucked from indie, pop and electronica to craft high-tier, wide-adored music that places them in categories alongside long-time favourites often associated with carving this modern-day, genre-uniting sound: Passion Pit, Miike Snow, Purity Ring, and Yeasayer among them.

Phantogram, however, are slightly different. While their sound ties itself to and around this sphere of genre experimentation and the acts often associated with it, Phantogram seem to be in a completely different zone: their audience, for example, feels more like cult-like - at least to someone away from the US, where they dominate - and they almost feel like an uncovered secret, despite many of their songs having play counts in the tens of millions (just on Spotify alone, too). That isn't to say they're unpopular either - they are, as we mentioned, one of the biggest electronic acts in the world - but at times, they feel like a well-kept secret, especially in territories way beyond their US home ground in which they typically shine.

Over the last ten years (or even longer, depending on who you ask), Phantogram have time and time again delivered upper-echelon electronica that consistently pushes the boundaries of their sounds, morphing mannerisms plucked from a range of genres and uniting them together for a sound that's distinctly Phantogram - not so much in their sound (as it's constantly shifting), but that it's always executed to such a high level of brilliance regardless of what sound and musical texture they're attempting.

Now onto their fourth album, this brilliance largely stems from growth and maturity. Across the years, you can hear their sound evolve every time, whether it be their changing influences weighted in different ways across records - some of their earlier work, for example, feels a little more psychedelic-indie than their work today - or even the way they attempt the same sounds all these years later; Sarah Barthel's vocal feeling a touch more potent and emotive, for example, as it swirls and dances amongst the varied productions underneath.

Ceremony showcases exactly what we're talking about. Opening with a clanging, almost gospel-infused Dear God, it becomes immediately clear that their fourth album is an acid-trip into cross-genre pollination and experimentation. In A Spiral welcomes the rock crunch of their earliest work and the thick, live instrumentation associated with that, while Into Happiness highlights this live instrumentation again, albeit amongst a production that feels far more aligned with the dance music world and the synthetic melodies that find itself in that world.

From here, Ceremony only becomes more wide-ranging. Love Me Now feels like a grand-scale pop song that pushes and pulls between maximalism and minimalism; triumphant blares bookending Sarah Barthel's vocal and the drifting soundscapes that sit either side of them. Then, there's the guitar solo that comes in midway through, taking an otherwise quite pop-centric sound into warped, rock-y mania.

In a way, Love Me Now encapsulates the wide-ranging experimentalism of Phantogram at its best. It's nothing too out of the box - there's nothing within the song and its many elements which you can't find anywhere else, for example - but the way Phantogram tie them together with ease feels almost revolutionary, and is a nod to how much they've evolved as cross-pollinating songwriters over the last decade. A pop hook, a big guitar solo, thick live drums, synth melodies and more don't find themselves together too often, but Love Me Now proves they can definitely be united, and push boundaries while they do it.

At this point, we already know Phantogram are an established name in electronica, and their sound - as wide-ranging and varied as it can be - feels distinct to them. That's something difficult to do for any band, let alone for one in electronica, where sounds can often feel stagnant in the span of just two albums. So, with now four albums under their belt, how are Phantogram going to continue their evolution without falling into the same trap as everyone else? We'll see, but Ceremony holds some hints.

Throughout Ceremony, it's clear that Phantogram doesn't want to be held within one sound. Throughout the record's 11 tracks, they swerve between having pop, electronica and rock in the focal display, and after years spent crafting their respective strengths in each of these sounds, Ceremony gives them the opportunity to bring it all together; jigsawing each layer of sound on top of each other to the point where they are lush and rich, but not too over-the-top or confrontational - a difficult feat to achieve on a track like Love Me Now, for example.

From here, Phantogram could easily just build on this. On their next record, they could easily just emphasise pop, emphasis rock or emphasis electronica, and have the other sounds in the background, stirring around and deepening their genre-moulding sound. It'll be something that'd give them continued success, and for an electronic group that's been around for a decade now, that's an important thing worth doing - albeit being a bit of an easy way out.

However, we know Phantogram won't do that. From one album to the next, their increasing strengths in production and songwriting have found itself in the limelight, and moving on from one genre to the next won't keep that continuing - it'll keep them at the same level they've always been. So, what's next? We don't really know, but because it's Phantogram, we know it's going to be something we've never seen before. 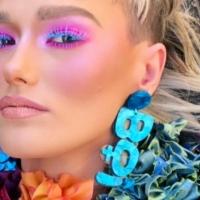 Premiere: BOI steps forward as a new light in pop with debut EP, Look At Me NowWith her debut EP, the collaborative Sydney musician occupies a space for herself in the spotlight, and smashes it out the park. 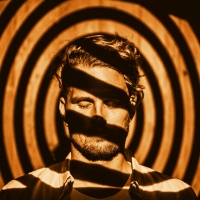 Premiere: Meet Tise Jones, a new electronic force and his debut single, Fun ClubFollowing a high-tier remix and national supporting tour with What So Not, Tise Jones is ready to step out on his own.
Electronic