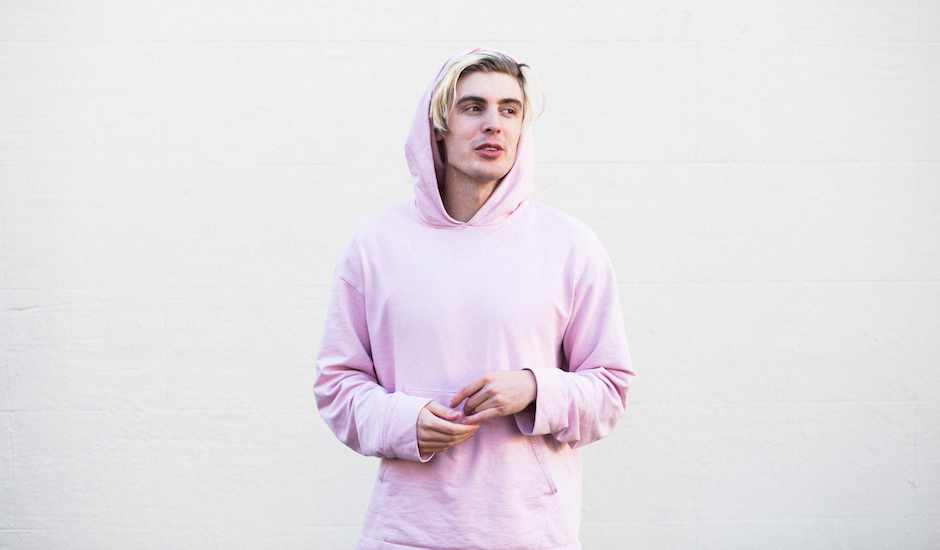 Christian Benson AKA Perth-based producer Luude has had a monstrous previous 12 months, rapidly ascending from Soundcloud-popular dude to quickly becoming one of this country's premier bass music artists. It's not hard to see why - in a crowded market place his unique approach to production, both within his originals and remixes, is something that even burnt out old blokes like me find very exciting. And I'm not the only one, he's already garnered co-signs from the likes of Skrillex, RL Grime and JAUZ, and has been consistently selling out huge club shows in recent times.

It's reaching tipping point, and this August he embarks on his most ambitious national tour to date, taking a new concept - The Dark Room - to some big venues around the country over August and September. We hit him up to take stock of a huge year, find out what he has planned, and just how shakey camera men can sometimes get in the booth.

First up, it’s been a pretty wild 12-18 months for the Luude project, did you have any kind of goals in mind when you started the project that you’ve managed to tick off, or has it been a case of just seeing where it takes you?

When I started out I never really thought about much - just making beats and getting better at the process. As things have gained a bit of momentum especially in the last year, I’ve set more goals for the project but it’s mostly just about progressing with the way I’m doing things and still having fun with it. If people are gonna pay money to come see me play I want to make sure the shows are sick and I’m doing things a bit differently.

It’s taken you to some huge shows around Oz, some overseas, and some equally large co-signs, what’ve been some of the biggest highlights over that time?

Biggest highlight is seeing the crowds growing everywhere and being able to travel to places around the world as a full time ‘job’ now is crazy - I’ve got more trips on the cards this year, it’s wild seeing all the bookings coming through at the moment. Always cool to see the big wigs supporting the project too, a few crazy things have come up recently with people wanting to work or do shows together - so we’ll see what happens there.

Both countries were a great time, was pretty insane seeing people waiting for me at the airport and bringing gifts to the hotels, definitely didn’t expect that. The crowds in India actually go super hard and they know literally everything about the music, even the most obscure producers. China was real cool too, they’re just living in the future on all levels.

Soundcloud has obviously played a big role in getting you heard, particularly earlier. From the outside it seems like people are shifting away from it, but for an artist like yourself how invaluable is that platform in 2018, not just for you but for other emerging artists?

Yeah 100% I think some version of that platform is always going to be invaluable, especially starting out - you can actually connect with other artists on your level and I think that’s the best way to move things in the beginning. That’s something that isn’t replicated by the bigger stores because they’re more curated and there isn’t really an artist to artist connection. It’s still a good place to try new ideas that might not fit the mould of playlists and standard ‘release plans’ too. That’s why I started the Luude 2.0 page and why I’ll probably drop a few things around this tour straight to Soundcloud.

Every new video that goes up to seems to be more hectic than the last – how do you maintain that kind of intensity for a full set?

Haha I just keep up a healthy diet on the Bintangs.

And how does the camera man maintain that kinda shakeyness for a full set?

Hahaha sometimes they get so full on I have to tell them to chill, I think the right amount can work but I’m not trying to make a Bourne movie.

And speaking of sets, you’ve got The Dark Room tour coming up, without giving too much away can you give us a bit of an idea of what exactly “the dark room” is, and what you want to achieve with it?

Everyone on my team was telling me I was due for a headline tour - I’d started capping out a lot of club gigs so the next logical step was to put on more of a show and sell hard tickets. The standard seems to be - “put out music and then tour it” but I just wanted the show to be it’s own thing with a bit more of a story concept, super tight, synced-up production and music built for a large scale club vibe.

I love stuff like Blade, Blade Runner, The Matrix and Cyberpunk 2077 so that’s where the inspiration comes from - those super futuristic hectic club scenes and neon lit cities. The name is just a bit of a pisstake because nightclubs are always just a big ‘dark room’ until you put the production in, it sounds mysterious but it’s dumb as.

The main thing is people come out with their friends, get loose and have a great time but get something a bit different to the standard club gig.

You’ve tapped Badrapper to support nationally – tell us a bit about him, and can we get a hint on your international guest?

He’s a young Sydney dude that’s killing it at the moment, the stuff he makes is real dark and his branding is tight, it fit the tour well. By the time this interview comes out international support will probably be announced so yeah… Nukid is sick, I wanted to bring someone out who fits that heavier vibe but with a point of difference and he fits that bill perfectly.

Finally, once this tour wraps up, what’s the plan for 2018 and beyond?

I’m going to the US next month for a few shows and to meet with labels, then after this tour I’m just picking up festival slots and getting back out overseas as much as possible while I work on my first EP. 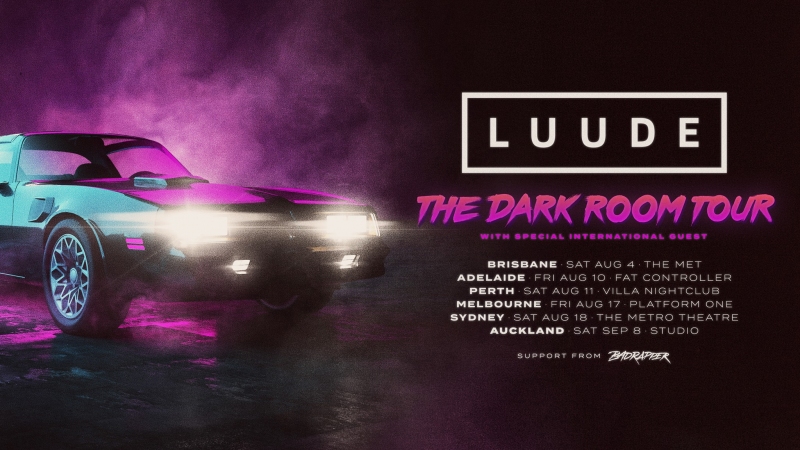 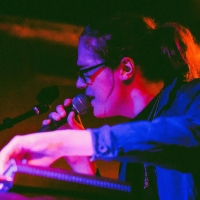 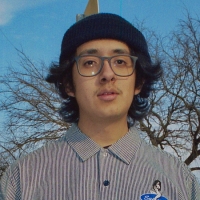 Meet 19yo Cuco, an artist on the rise who just dropped a v-fresh new EP, ChiquitoHe's only just started playing live, but already jumping on the likes of Lollapalooza and Coachella.
Electronic