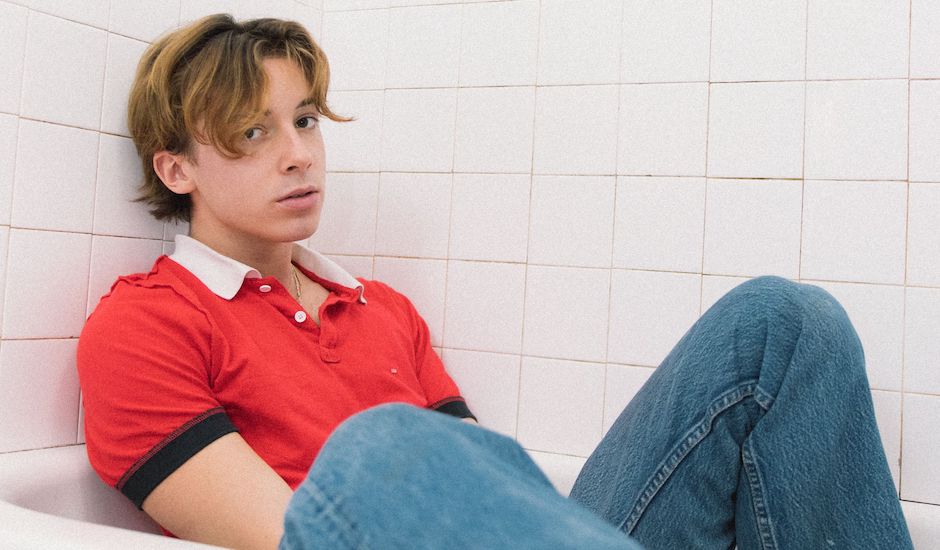 If you've been reading Pilerats for the past few years, chances are you've come across the name Will Hyde already. A few years back, the Melbourne-based musician dived head-first into commercial success as one-half of teenage electronic duo SŸDE, who were quick to blossom into a success story of Australian electronic's future as finalists of triple j Unearthed's High competition, turned into fully-fledged, touring musicians whose bubbly brand of dance-pop proved a source of escapism and happiness for many across the few years they released music.

Over the last two years in particular, however, things started to change. Will started to distance himself from the commercial-tuned shadings of SŸDE's often-anthemic sound, and saw no escape with the duo quickly becoming a favourite of Australian electronic with no signs of slowing down anytime soon. Faced with the feels of entrapment that soon came to define his place in the project, he started taking moves to amend them, going to therapy and working on his own solo music to avoid losing his creative passion, the latter of which shining through with its entrance today.

Today, we're stoked to launch his synonymous solo project will hyde, and its debut single easy for u.. It's a project that encapsulates the charm Will brought to his old project but in a way that feels more him, emphasised through it being a solo project that features him lone in the spotlight. It's also a project that allows him to build on the skills and learnings plucked from his last few years as a musician, moving away from his role as a producer in favour of being a more well-rounded songwriter that really shines on easy for u., and ensuring that Will's musicality isn't being watered down anytime soon.

It's an entrance into this lo-fi, bedroom-pop-esque sound, with a stripped-back instrumental laden with shimmering synth work and plucking guitar work forming an underlay for Will's vocals, which undisturbed in the spotlight this time around, feel a little more emphasised compared to his work with SŸDE. As a result, you can feel the emotive passion in his vocal, and the musicality behind the musician that feels at its most potent and rich with easy for u. - something Will has been looking forward to showcasing for the last few years now.

"easy for u. is a song about giving more in a relationship than you’re getting back," he says on the single, bring attention to perhaps where that vocal emotion stems from. "It’s reaching a point of awareness where you can finally see how you really stand with another person - awareness I think is the most important thing when it comes to anything… life, relationships, friendships. I wanted to write a song about reaching that point of clarity, it doesn’t mean anything has to change, I find that realisation powerful.

"Sometimes we run into things that we don’t know how to deal with so we mask it with alcohol, pills--anything we can do to try and run away from the past. It’s tough to be a part of a relationship where you are slowly watching a person fade, or losing a part of yourself, because of it."

Dive into the track below, and better introduce yourself to Will and his new project underneath that:

i would describe it as honest pop music, i think my music sums up my feelings in a way that’s understandable but still tells my truth - at least I hope so. i’ll let u decide for urself! i made it with friends, who sometimes produce while i write. i’m really influenced by rex orange county, and dominic fike. there are definitely some electronic influences in there from a production standpoint.

generally, i start by coming up with a theme to write about, it could be a feeling, a thought, a situation i’ve had to time to sit with. i’ll write down a title in my notes and a general chorus (or verse or anything that comes to mind). i usually come up with a few ideas a day, so i put them in a bank to draw from later. from there, i’ll go in the studio with a friend and we will expand on the concept, that could be from a production stand point & also lyrically if I’m stuck. i just really follow my intuition and i don’t think about the process much - i always just wanna do the best for the song, rather than trying to make it fit for anything in particular.

Can you tell us about your new single, easy for u.?

yup! it’s a song about realizing where you stand in a relationship. it’s becoming aware that you’re giving more than you’re getting back. that doesn’t mean that you need to change anything but i think being aware of how another person makes you feel is important to surviving life. it can be hard to watch a person start to fade or to lose yourself because of the relationship. i think what i’ve learned is just that we’ve all been through shit & it’s really hard for us to face those things. our trauma/insecurities tend to corrupt relationships we have in the present because of what we have run from in the past. that’s what it means to me, i’m really excited to see how other people can interpret it in their life.

How is your new project going to differ to SYDE, and what was the process/decision-making behind leaving the duo?

that’s a great question - it’s really different. first of all i’m writing it all and singing now, so that’s a big change - before i just produced the beat. it’s also more of a singer - songwriter vibe as a result, it strays away from being super electronic which i think i would put SŸDE under (i’m still proud of the music we made back then).

It was a difficult process, more so a build up of months rather than one split decision. we had some really cool moments as a group, things i’ll always look back on with gratitude, i got to meet a lot of great people & we had a great team. i just had a lot of time to think about the person i wanted to be & how i wanted to reach that point. our relationship together was struggling as a result of trying to make music work as a career. i would prefer to be honest about that then just ignore it.

i also started to realize that if i wanted to be happy i had to start following what my heart wanted to do & the music i wanted to make, rather than following success or listening to what other people thought. i got trapped making a certain style of music because i knew it could do well, which is just part of me growing up and evolving as a musician. i wanted to be enough as a human & it was sometimes comfortable to keep making that music because it made me feel good to please others. so, i guess this is me making music for me, for the first time ever really.

i’m really excited about the future, i have a lot of songs ready & i’m just excited to release them. i feel really proud of them man. & it feels good to say that. i just signed a label deal & i’m grateful to have a cool group of people that i get to work with everyday. it’s inspiring so i just hope that that continues.

i hope people can see a part of themselves in what i’m putting across with the songs. i want people to know that what they’re going thru will pass & to just be patient. if there’s pain then there’s love on the other side. we all wanna be loved so i hope they can find a piece of themselves in there.

i’m releasing a lot of music this year, so go to my Spotify, Apple Music, Amazon Music, Pandora, your grandma’s iPod nano. if you don’t find it there then i’m not doing my job right;) 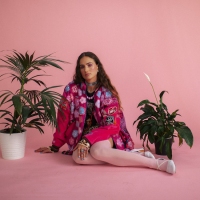 Premiere: Meet Lasca Dry and her funky debut single, Do You Like Me That WayWithin the first minute of Lasca Dry's debut single, it's clear Tasmania has a new star. 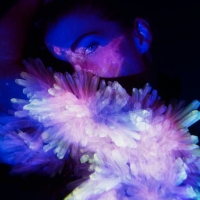 Premiere: PARKER creates an audio-visual universe in the clip for SuperhumanThe West Australian-born musician flexes her multi-disciplinary muscles on her new single, and its futuristic video clip.
Electronic