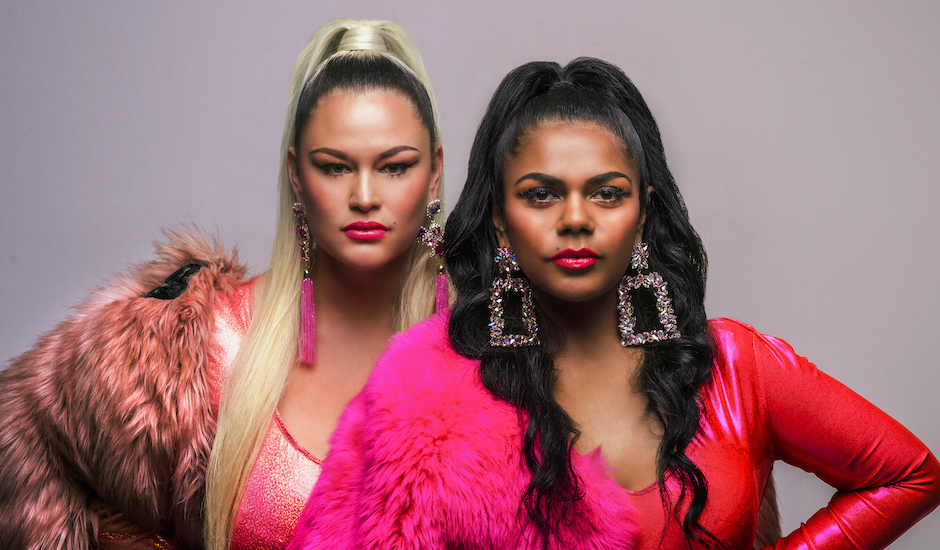 Despite only having two singles under their belt (plus a collaboration with Perth hip-hop heavyweights Downsyde on their 2017 ClassicILL record), The Merindas are a duo whose potential and promise shines incredibly bright. Composed of Candice Lorrae (from Jawoyn and Thursday Islander heritage) and Kristel Kickett (from Nyoongar Ballardong Whadjuk heritage), the two musicians - formerly meeting in Perth, but now based in Melbourne - are quickly becoming something special, with their storytelling skillset and masterful work within the electronic space impressing from the get-go - a difficult feat, with such a limited discography to do so.

From the work we've gathered thus far - 2016's debut single We Sing Until Sunrise and their long-awaited return just last week, Before Daylight - The Merindas are a pairing specialising in uplifting electro-pop and the empowering waves it can encompass in its most triumphant moments, taking the gentle vocal sway you'd expect from R&B-tinged musicians like those they've supported - Jessica Mauboy, Brandy, Mojo Juju, Dan Sultan - and layering with a hefty electronic bounce that increases the euphoria laden within their vocals. It's a real good listen that'll make you feel a heap better about everything, is the general gist here.

Before Daylight is a song that encompasses this in a tight, three-minutes-thirty. It's a soothing R&B track with a dizzying electro breakdown that provides an inescapably anthemic bounce, with one of the year's strongest, yet-to-be-uncovered hooks sharing a story inspired by the traditional Noongar dreaming story called Bimban Born-Kissing Trees - a love so strong that it harmonised with the earth, creating two trees that intertwined so their branches touching forever.

"Before Daylight is our first release that has a story of its own and is close to our hearts," the pair say on the single, which arrives in the midst of a collection of tour dates across the next few months. "It's taken on many shapes and forms over the years because we wanted it to be perfect. For us, it's a strong representation of where we are now and how much we've both grown as artists and writers. We are so excited it's finally being released into the world."

Dive into it below, and better introduce yourself to the dynamite duo while you're at it:

The Merindas are two proud First Nations song women, Candice Lorrae and Kristel Kickett. Candice was born in Darwin NT and moved to Perth WA at a young age. Kristel grew up in Tammin WA but also moved to Perth.

We found our mutual passion for Music at Abmusic College in 2010. The group formed in 2012 for a one-off Motown show at the launch of The Sapphires Film in Perth. At that time, there were three women and over many years continuing the Motown show, it took many shapes and forms to bring it to what it is today ‘an original show’.

The word ‘Merinda’ means ‘beautiful woman’. It’s a tribute to all of our strong sisters who are supporting each other and are role models to our youth. We are truly bonded as soul sisters on this journey together, we have been through so much to get this far.

Let’s start with the feeling. We write music that is upbeat and empowers us to go out on stage and feel confident. Women in the audience that hear our music feel proud and strong. To get this feeling we need a good beat and a lot of bass. We also need a good clap or snare on an off-beat so we can shake our booty. Then there are the beautiful synths playing harmonious chord progressions where our voices sit nicely in. Lastly, to carry that feeling across the stage out to the audience, is our Ableton Push (DJ) Jake Steele who creates the soundscapes around the music on stage during the show. Simply we call our music Contemporary R&B/Electropop. We incorporate Indigenous Noongar Language so we can also be classified as world music to some people. We just want to do Pop Music keeping our Indigenous roots on a commercial level.

We start in the bedroom with each a pair of headphones, laptop, keyboard, Reason, linked to a dual headphone splitter cable where we start creating the tracks electronically. We always have the laptop mic on with a bit of reverb and delay so when we’re ready to experiment with Melodies it’s ready to go. Candice will start with the keys and lay a bed of music while Kristel will work on Melody, together we write the lyrics. We create demos which then goes out to our producer friends to remix or remake the tracks to sound better. So far, we have worked with producers Dazastah from Downsyde (WA), Frank Eliesa from Yoko Zuna (NZ) and Jake Steele (aka Tobacco Rat) in Melbourne.

Can you tell us about your new single, Before Daylight?

Before Daylight is inspired by a traditional Noongar dreaming story called Bimban Born-Kissing Trees. It’s about a man and woman that were forbidden to be together. The lyrics ‘before daylight give me one last kiss goodbye’ describes the couples last moment embraced in each other's arms. Their love was so strong that it grew in harmony with the land through two trees. These trees grew side-by-side with their branches touching symbolising their last kiss.

This November/December we are touring to celebrate the release of our debut single Before Daylight. Finishing up with a Single Launch on Dec 12th at the Spotted Mallard in Brunswick.  Tour dates are listed.

Wednesday 4 December THE SHOW OF THE YEAR, MELBOURNE VIC

We are aiming to release another single in late January 2020 followed by an Album Release and National Tour to follow across all states and territory in March/April.

Other than the line of shows we have; we are working on the next Music Video for our second release and will be finalising the rest of the album. It’s going to be an exciting end to 2019 as we achieved so much this year in getting our album DONE! It’s been 3 years in the making so we are super excited and nervous at the same time. 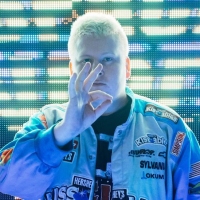 Get the first listen of Enschway's Illusions, which arrives ahead of an AU tourIt's the first single since his third Friendschway EP back in 2018, and comes with a bunch of dates for the rest of the year. 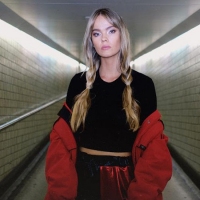 Meet MAYAH, who keeps in her own lane with her debut single, PrayIt's the first taste of music from the Cairns-raised, Brisbane-based musician, and it's really brilliant moment.
Electronic