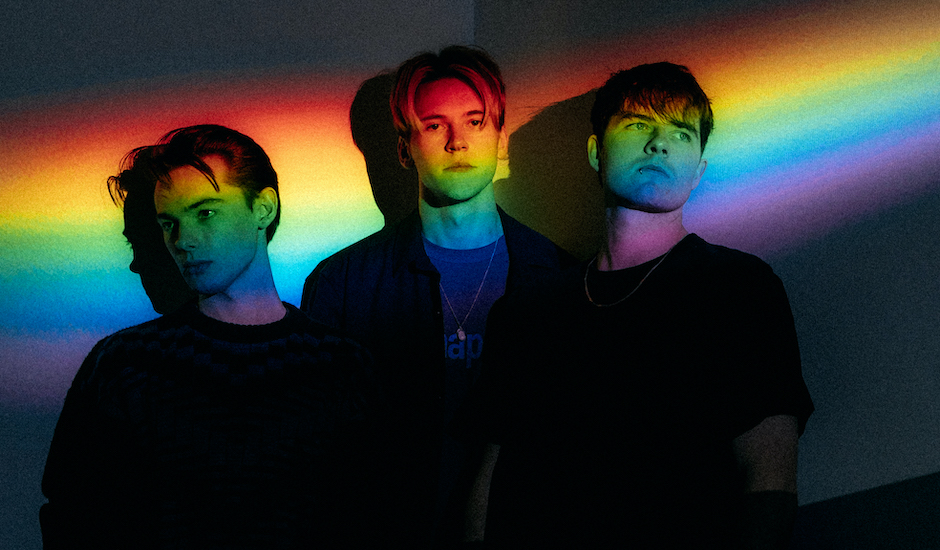 With last year's Now I'm Ready To Start, it became clear that Sinclaire was something special. The Sydney-based trio were – at that point – an act to keep an eye on, bursting onto people's radars thanks to a genre-bending take on pop music that seemed to fuse the worlds of pop, electronica, indie and beyond all together. Now I'm Ready To Start took that a step further, however. Across the space of five tracks, it showed how the group are able to create a succinct Sinclaire sound despite their versatility, presenting a collection of songs that really felt different to one another – even in the smallest of ways – but connected thanks to their charm and shine, a combination that has remained central to the band ever since their introduction.

With what they've put out since, however, Sinclaire have really stepped it up. In the two tracks they've put out so far this year – I Needed You, and now Let's Fly To Rome – the group have really doubled down on the pop core of their sound and presented something quite wonderful in the process; their latest work being almost what you'd expect from a #1 charting group hitting their peak. "With a live band element at our centre, we wanted to write music inspired by pop and electronic, with emotionally driven lyrics and real instruments used tastefully," the group say on their sound, but with their recent tracks, Sinclaire have proved that they're going beyond this.

Let's Fly To Rome – their latest single, arriving today – perfectly shows what we mean. It's firmly held down by synthesizer, with the group further exploring the electronic backbone of I Needed You with a track that really feels like them hitting their stride within this pop-like sound. Pop-like, really, is the best way to describe it. There's a certain polish there that – as mentioned – you'd expect from your biggest stars, Sinclaire bringing a sheen and class to their sound that together with their sound itself, really feels like something great. In saying that, however, Let's Fly To Rome isn't cheap – there's no debating that this song is genuine, not a ploy for commercial success through a new sound.

"Let's Fly to Rome is about wanting to escape from normality with somebody special," the group's frontman Michael Cross explains on the single. "It's a euphoric daydream fueled by love, sporadic decisions and a complete disregard for rational thinking. When I wrote the song I had feelings for a girl who lived in another city. I sat down and pictured packing my things and leaving my repetitive day-to-day life to go on this grandiose adventure with her."

You get the sense of that romantic euphoria throughout Let's Fly To Rome – it's a moment of escapism, almost – but as we've come to found over 2020 (and as suggested by the song's slight dark edge), not everything always goes to plan. "Sadly, the distance eventually caused us to drift apart... but back then we spent many late nights on the phone talking about a world of "what-ifs" where we could run away and be together. Maybe if we did, we could have "had it all" but in reality, it's a tangent that I (and most people) will never live. We're all too scared to take the plunge to do something completely irrational, which maybe is for the best - or maybe, it's not."

It's a brilliant moment, and you can take a dive into it below, while you further introduce yourself to the group on the cusp of something really special.

We are a three-piece outfit that is determined to make you give up the idea of listening to music as “genres”. Every song we are releasing over the next few months has a different sound and inspiration behind them. We used to focus so hard on being a particular sound but now we just write music that feels like us… It’s hard to fully show you that as this is only the second single of the 5 we have but that’s why you’ll have to stick around, right?

Well yeah, like I said it’s a biiiig mixed bag. Don’t get me wrong, I think if you heard all the songs back to back it would ~feel~ like one artist but each song suits a different mood/theme/sound. Let’s Fly to Rome is one of my favourites because it is such a slick hybrid of vibes. It’s a soft, dreamy, alt-pop dance bop that could be played at a party and everyone would dance or while you stare out the window of a plane.

It’s really driven by gut feeling and impulse decisions. We write and record every week with our producer Nat Sherwood out of Love Hz. Studios in Leichhardt. We hardly demo and we are always recording songs as if they were the final product right from the get-go.

In all my past projects we would do pre-production and all these unnecessary steps that made you overthink a song so much. By the time we got to recording the “real deal” all the initial emotion I felt when I first wrote the song was overrun by negative thoughts and I really struggled with performing the song as good as I did when it came out naturally like the first time I sung it. It sounds a bit whack but, the more we write with Nat the more it feels like this is the only way we can capture the sound of Sinclaire.

Can you tell us about your new single, Let’s Fly To Rome?

Let's Fly to Rome is about wanting to escape from normality with somebody special. It's a euphoric daydream fuelled by love, sporadic decisions and a complete disregard for rational thinking. When I wrote the song I had feelings for a girl who lived in another city. I sat down and pictured packing my things and leaving my repetitive day-to-day life to go on this grandiose adventure with her.

Sadly, the distance eventually caused us to drift apart... but back then we spent many late nights on the phone talking about a world of "what-ifs" where we could run away and be together. Maybe if we did, we could have "had it all” but in reality, it's a tangent that I (and most people) will never live. We're all too scared to take the plunge to do something completely irrational, which maybe is for the best - or maybe, it's not.

Just single after single baby. We’ve got a new one every six weeks or so, and like I said before, they all sound different in some way. Obviously shows are off the cards for now so we really just want to focus as hard as we can on refining our music and exploring different styles and inspirations.

I kind of said it before but I want people to give up listening to music for the sake of its genre. That’s a huge goal (I know I sound delusional) and this might seem a bit conceited but I want to establish this group of people who listen to us no matter what genre we go for because it’s our music and our sound moulded into loads of different soundscapes.

As a person who consumes so many different types of music I really idolise artists that aren’t afraid to push genre boundaries and can go from releasing incredible pop music, to something entirely on the other end of the spectrum. Look, I’m not saying we’re going to be putting out a death metal single any time soon but don’t be afraid of hearing my voice change styles from single to single… just look at Rome vs. our last single. 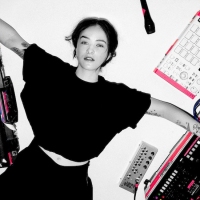 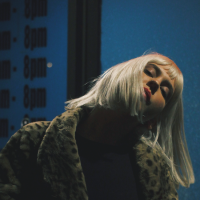 Premiere: Your Girl Pho joins Daily Nightly, debuts new single SurrenderThe Perth musician's first single of the year – and first through her new label home – shows exactly why we've come to love her so much.
Electronic