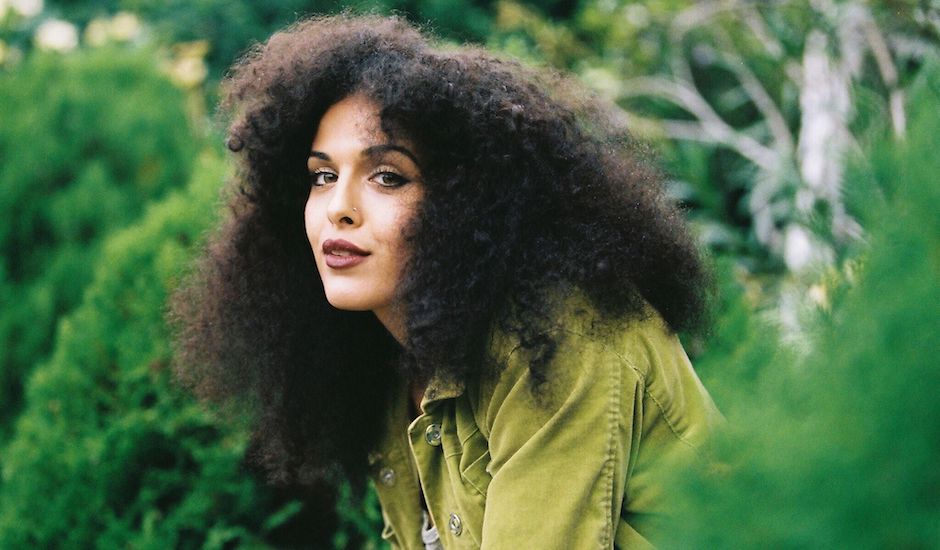 With the ever-growing saturation of new music, it's tough to find releases that stand out from the crowd. Often, people latch on late - Lizzo's long-awaited commercial triumph being for a song released back in 2017, for example - while often, artists get left in the dirt all together, just think of how many artists labelled 'under-rated' day-in, day-out. The thing we're going for here, is that it takes a lot to stand out, and while some artists seemingly blossom over a long period spanning albums and albums, otherwise can do it with their debut single.

Sydney-based musician Mariam Sawires is an artist amongst the latter, capable of standing out even just through one song - her debut single, Choose - that shows her promise and potential as an artist, while showcasing a bright vision she holds for the project and its soon-to-be-flourishing future. Choose, which arrived ahead of a handful of BIGSOUND showcases that put Mariam on the map in a live music sense as well, is a swooning R&B single that navigates the genre's intersection with electronic and pop, drawing comparisons to names including Jorja Smith as she goes.

Choose is an amalgamation of sounds driven by her captivating vocal, with that aforementioned blend of genres jigsawing into place as she combines swelling melodies with rich vocals that deepen comparisons to the Australia-bound Mahalia and Ella Mai, as lyrically, she sings about life itself: "Life is chaotic and you’ve got to take the time to gain peace and clarity inside," she says.

It's a brilliant introduction to an artist bound to become something special, so get in early and stream Choose below, then introduce yourself to the artist-on-the-rise underneath:

Well right now, it's my favourite kind of morning where it's raining heavily, it's dark and I'm at home with a cup of coffee staring out the window…

I was born in Sydney Australia and was raised (homeschooled for a part) by a strong Egyptian woman who really nurtured my creativity early on. My grandparents also grew up with us and my father inspired me to pursue music as he is an Egyptian percussionist - usually seen at festivals for his iconic rasta dreadlocks selling drums. Starting piano lessons at age four, I started writing songs singing and playing piano at about eight. My music and art always gave me an opportunity to express myself and I felt safe with creativity because it's not judgemental.

When I casually reflect on my life, I see that I'm an artist that is extremely impulsive (hopefully some would say intuitive hah) and over the years just trusted that things would work out. For the last few years, I lived and travelled around the world - settling for the most part in Japan, Egypt, Colombia, Germany, and France. Since I was young I felt like life was too short so we have to squeeze as much adventures as possible. Travelling and music give me energy and purpose. As an Egyptian Australian artist, people around the world inspired me and I draw from my experiences like moving from flat to flat ending up in a little art gallery in Berlin, living in different cities in Colombia with local artists, to writing music in a French castle surrounded by forest, waking up to watch the sunrise in Cairo Egypt. For me, seeing the world has inspired me musically so much. Music is like a universal dialogue between the artist and listener and I hope to keep that conversation going always with my music. I'm here now in Australia and very excited to connect with what's going on here.

I love and I'm inspired by R&B, Hip Hop, Pop. so without consciously trying to make something 'Soul' or 'Pop', I think my songs just reflect what I like and what I listen to. I love artists like H.E.R., Jorja Smith, Lauryn Hill, Stevie Wonder and more. I am classically trained since harmony as a teenager and I feel it really transforms the general vibe of song in Popular music. My music is honest and reflects usually of what's going on in my life so even though there might be this catchy groove, I hope people can also relate to the emotion or energy driving the song. I'm really vibing some sick sounds from artists based in London, LA and Europe. That is where i'd love to go next.

Wherever I am, I usually turn the coolest looking space into a studio space with my Nord, paper everywhere and my laptop / Logic open. I'm pretty old school so I like to write lyrics and ideas on paper - technology seems a little hostile. I usually start by trying to find beautiful chords that make me feel something. I might already have a beat in mind or a melody that I heard in my head that I saved as a Voice memo in my phone. Once I have my chords ready, I take my time to get a vibe and improvise singing whilst I'm playing the piano. This is a great place where ideas introduce themselves to me and songs come and go. I don't really think about how others liking it or not. I like to just stay as honest as I can with what feels right. Usually, words come last and I transform an experience I recently had into a song. Usually after I create a demo of a tune, I'll rehearse it with musicians to get a sense of it and change things here and there. Depending on the song after it's recorded, I'll take it to a producer who fits the sound or just leave it raw.

Can you tell us about your new single, Choose?

Choose was written in a seventeenth-century castle in France in one of the three libraries that I transformed into a music studio space. Everywhere around me were thousands of books stretching high to the ceiling, outside the tall windows were forests and beside me, Napoleon's signature sat on a desk. During this time, a family member came to visit me in the chateau but the weather turned grey and it began raining heavily the whole time. Whilst I enjoyed this creative weather, I realised they struggled to find peace when being alone with themselves.

Choose was written when I reflected on my own experiences of not taking the time to tune inside and listen to what is truly best for me. Life is very chaotic and you've got to take the time to find inner peace for yourself. Rather than running, simply asking yourself 'why you run away' gives you a deeper insight into why you feel or act the way you do. After staying in the castle, I went to stay with my grandparents apartment in Cairo, Egypt. There my grandparents expressed their trust in life and inspired me to complete the final touches of the song by choosing to follow their wisdom. When I returned to Australia, I was very excited to work with Kon Kersting in Brisbane who produced the single. Together we had fun working together in the studio until late - he's very down to earth, kind and a pro at what he does.

I am performing at The Vanguard in Newtown this Friday 20th September to launch Choose in Sydney. I am also performing at I Oh You's 'Labour Day' at The Lansdowne October the 5th and I'm very excited to announce more news coming up soon...

New music and some more traveling!

Keep an eye out on these platforms below for news, new music, tour dates and more. Thank you so much for this interview! 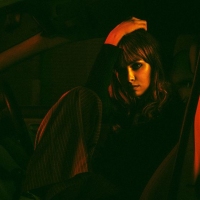 EP Walkthrough: Austen breaks down her captivating new EP, Passenger SeatThe six-track release is an introduction to one of Australia's most exciting new names in pop music. 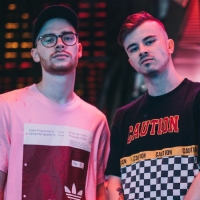 Premiere: Bad Decisions bring the summer vibes with I Got YouThe Australian electronic duo are one of the country's biggest international exports in dance music - and they aren't going anywhere.
Electronic