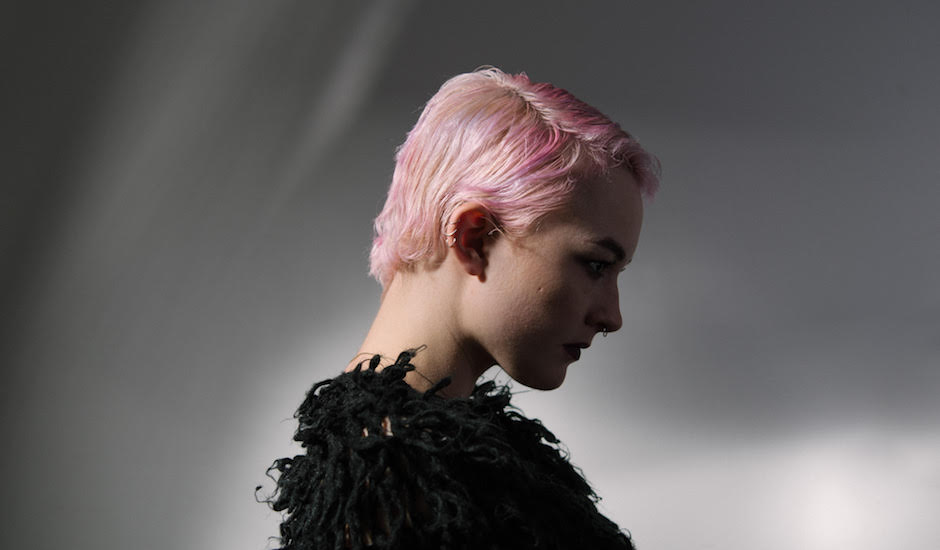 Atalein is the solo project of former RKDA frontperson Laura Semple, and while we're sad to see that outfit go, we're excited to see what comes next. Turns out that is a Snow Patrol rework of all things, but fortunately it is a very damn cool one, which features the vocals of Melbourne talent Yollks, who we also featured late last year HERE. It's a dark, moody piece of electronica that we're very much digging, and looking forward to seeing the project as a whole grow.

Where should I start??? I’m Melbourne based. I use to play in a band called RKDA and occasionally hit the SPD for Yollks. Atalein is my solo project that I’ve only been doing for a few months since we decided to finish up with RKDA so it’s all very new territory. Can’t wait to see where it all goes.

Very industrial I’d say. A lot less post rock vibes compared to RKDA. I recently went to Europe and was really inspired by my time in Berlin. I’d say that has a lot of influence in my sound.

Well I suck at lyrics so I’m always writing things that pop in my brain down in my phone or a note book because I find I really struggle with vocal melodies and words so I try and have a bank saved up for when I get to that point with writing a track. I come from a classical piano background so at first, I found producing hard to get my head around. Each song has a different process. I do that to try and stay out of the box. Generally, it’ll start with either a bass line or a drum beat. Then I’ll work on other synth lines and some weird vocal thing. I usually get to a point of a song and get completely stuck so I just let it mellow for a little bit and attack it again. The last sort of thing I’ll do is just find really weird sounds and put them on top. I’ve been getting a lot more into finding samples and manipulating them a lot by warping them and pitch shifting.

At the moment, I’m working on a few songs with Becki Whitton (Aphir) so once my song structure is basically down or I’ve gotten all I can out I go around to hers and we bounce ideas and finish off the tracks. I’ve really only been producing for the last year so I find it so nice to be able to learn and work with someone who can help me articulate something I have no idea how to do. This time last year I couldn’t even write a drum beat and now my songs have a lot of weird beats and things in them, which I have to thank my pal Guy Louis for helping me figure out!!!

Can you tell us about your new single, Set Fire To The Third Bar feat. Yollks?

Well I don’t think you can technically call it a single haha. It’s not even my song tbh. It’s actually a cover of a Snow Patrol track. It’s a super sappy song lol. I bought the Snow Patrol piano book when I was about 12 and taught it to myself. I played it and Apologize by Timbaland feat. One Republic at my high school talent quest (yep I’m that cool)… I did win ;-) When I was working with Yollks on her live set we wanted to chuck a cover in and we were brainstorming. At the time she didn’t know I could play the song and funnily enough at the same time we were like what about this sad sack of a song?

After that I wrote the cover in a day and used it as a practice track for mixing (as this was another thing I’d never done before). I spent a lot of time trying to get everything to fit right and I have to say I’m pretty proud of myself! I ended up recording Elle’s vocals in the back of the shop I work at (Jaben Audio) and then sent it off to Becki to master and now here we are!

I’m playing my first solo show on September 29th for Girls Rock Melbourne. I’m actually more nervous about this show than any others. I have to impress 10-17 year olds and it’ll be the first time I’ve played any solo material live EEEEEEPPPP. Because of the show, I wanted to put something out so people could get an idea of what I’m doing. I think it’s a good indication of what my sound is like.

The rest of this year I’m working on a few singles to release early next year. I honestly cannot wait to share it with everyone. I feel like my music and style finally reflect fully who I am and it makes me so happy. I’ve been doing music on and off since I was 5 and it’s the first time in a long time it’s made me feel whole!!!!

At the moment, NOWHERE really hahahaha. Well you can hear this one on SOUNDCLOUD and until I release some OG tunes this will be the only place. You can also find me on Instagram which is most likely going to be the place to hear news first (I HATE FACEBOOK). If you want to know about dumb shit I do find me on Twitter. 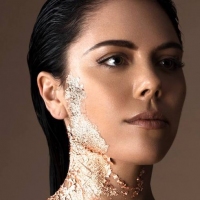 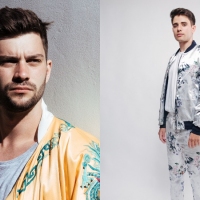