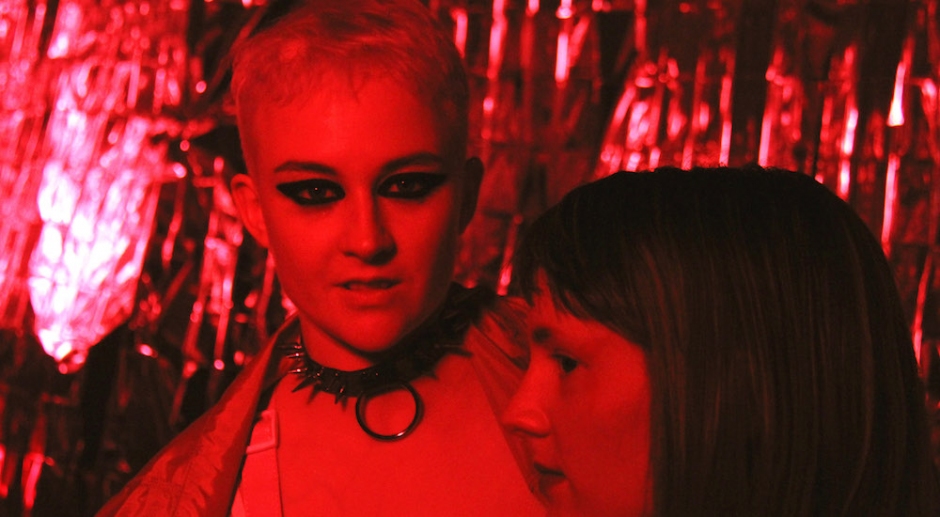 This week saw the release of Melbourne-based producer Atalein's official debut single, Autumn / Winter, with the gloomy, forboding piece of left-field electronica also coming with a very visually appropriate video clip. A descent into some kinda Neon Demon-esque house party in hell (or heaven, depending on your vibe), it's a haunting visual accompaniment that wouldn't feel out of place in Gaspar Noe's discography.

Atalein was kind enough to send us a bunch of snaps taken at the shoots, and regale us with tales from the video's creation, so strap yourself in and dive deep, below:

The video was shot over two seperate days that was fairly spread apart. The first shoot my friend Asia (Instagram: @asiakwin) came over to take some BTS shots. We hadn’t seen each other in about five years and randomly saw each other at a party. I knew she’d always been great with a camera and I wanted to hang out more so I thought this could be fun!!!

This first pic is a nice candid of Becki Whitton… You may know her better as Aphir. Becki plays my alter ego/guardian angel in the clip. She also co-produced the track, recorded my vocals and mixed it. She’s a bit of a whiz when it comes to audio engineering and production! 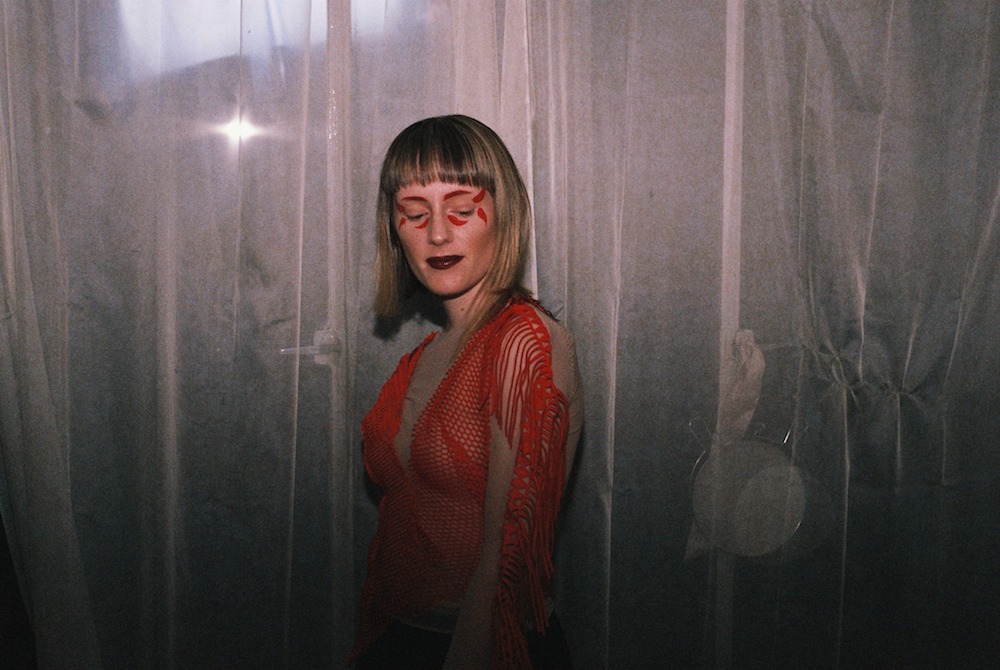 In part of the video Rob (the director) wanted me to literally peel my skin off… well not completely literally. We were going to use prosthetics or silicone but we were making it on a budget so the makeup artist - Liz, who does a lot of hair and makeup for TV and film suggested that we go old school and us PVC glue… So here I am waiting for the various layers of glue to dry. I had to shave my arms for this so it didn’t pull my hairs out… The things we do for art. 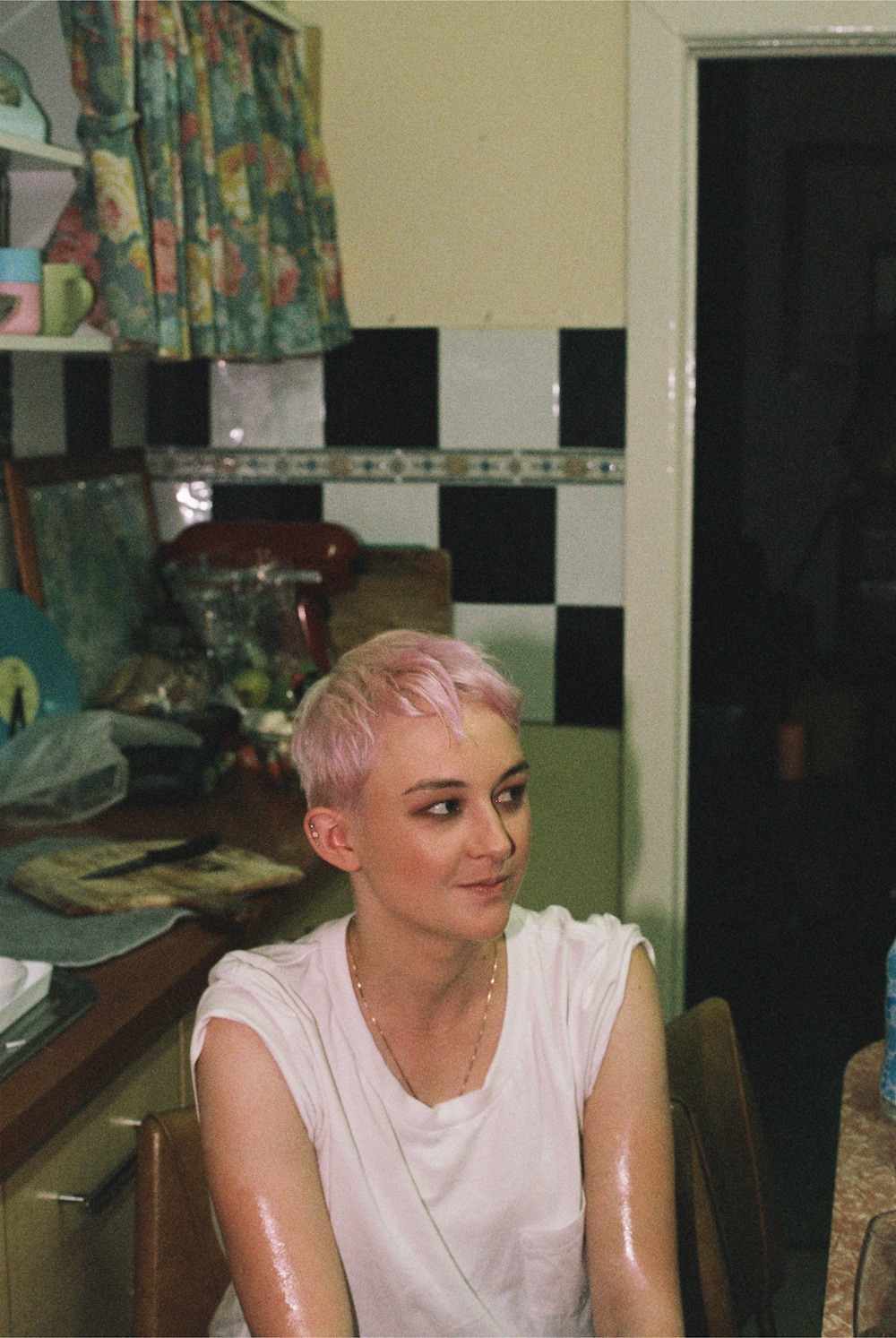 I love this pic. I think it’s a bit funny. You can’t really tell but that’s Rob Corica who plays my crazy boyfriend/lover. He’s was playing the role of a shadow person in this part. Basically I had destroyed him but he turned into a shadow that was following me. The clip was meant to be part of a four-video series but after we finished the first I knew we wouldn’t get it done in time before I went to Europe. Anyway the shadow ended up getting cut from the clip altogether but it was probably everyone’s favourite costume. Rob wore some amazing pieces from local designer Scott Benedictine my stylist, Thursday Hang made the mask for him. It looked really cool. I’m sad it didn’t make it in =( 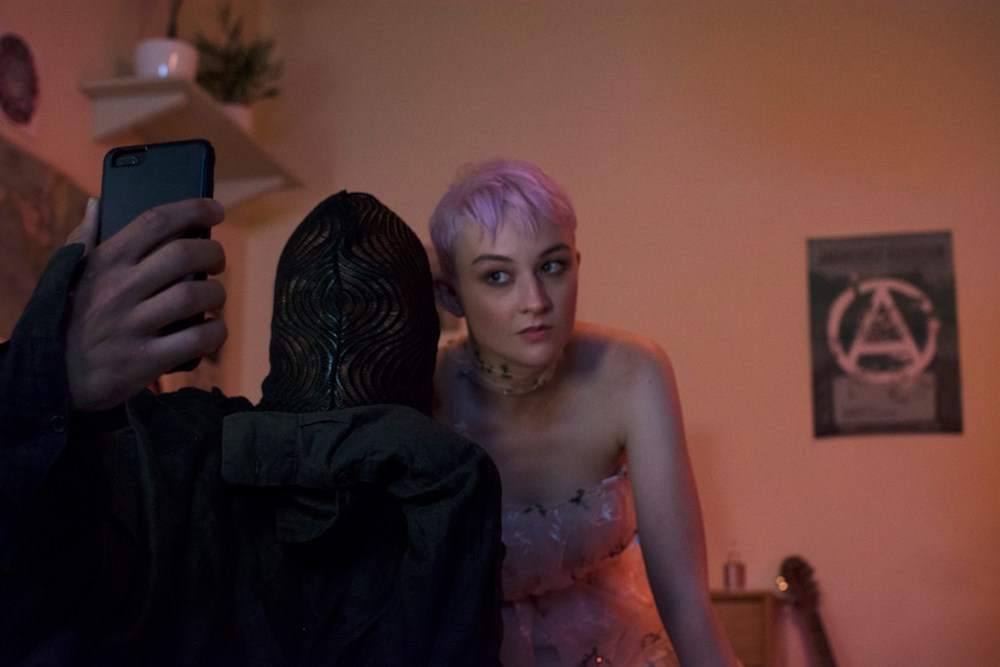 This is a cool snap. Kind of shows you what it was really like in the room. The dress I’m wearing was actually my year 12 formal dress that Thursday played around with. It suited the clip really well. The room was also great. Natalie Grosso styled it and it had this real 90s vibe to it. You can see Tom Champman with this big camera filming. He got right up close and personal with that thing lol and Rob the director is sitting on the couch. It was the first time I’d really had to act since I was about 15 (doing school plays). It was a weird experience. You never think when you’re making music that you’re then going to have to play a character in a clip. It was cool bringing to life like that. 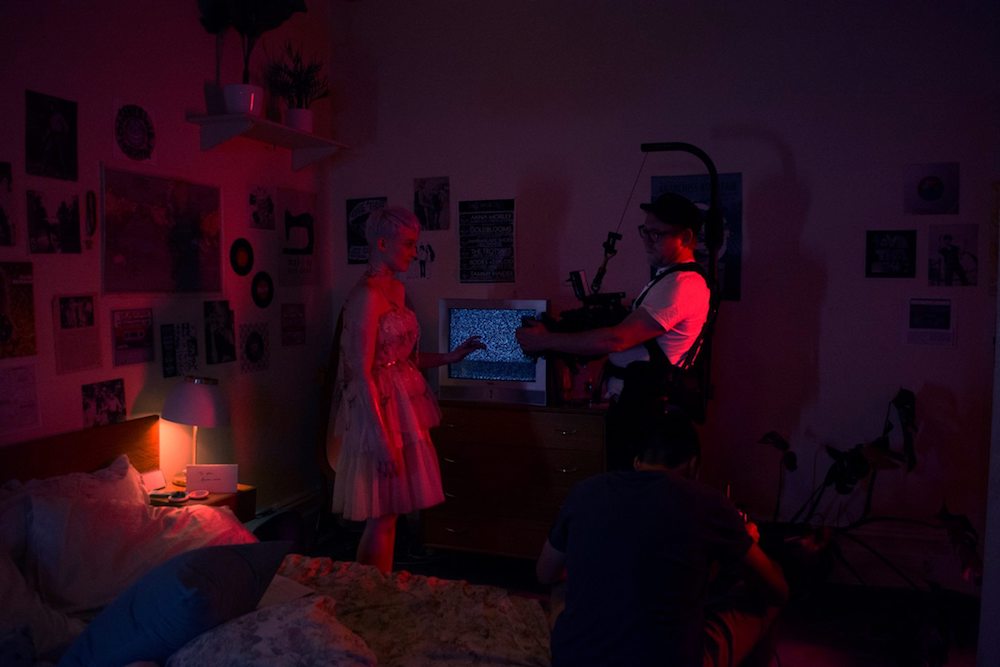 I just had to put this pic in… Liz Mason is doing my makeup in the house we filmed in and it was as though we were both born to be in that kitchen. It just matched our hair so well haha. It was a beautiful kitchen with a vintage blue fridge and a pink oven/stove. 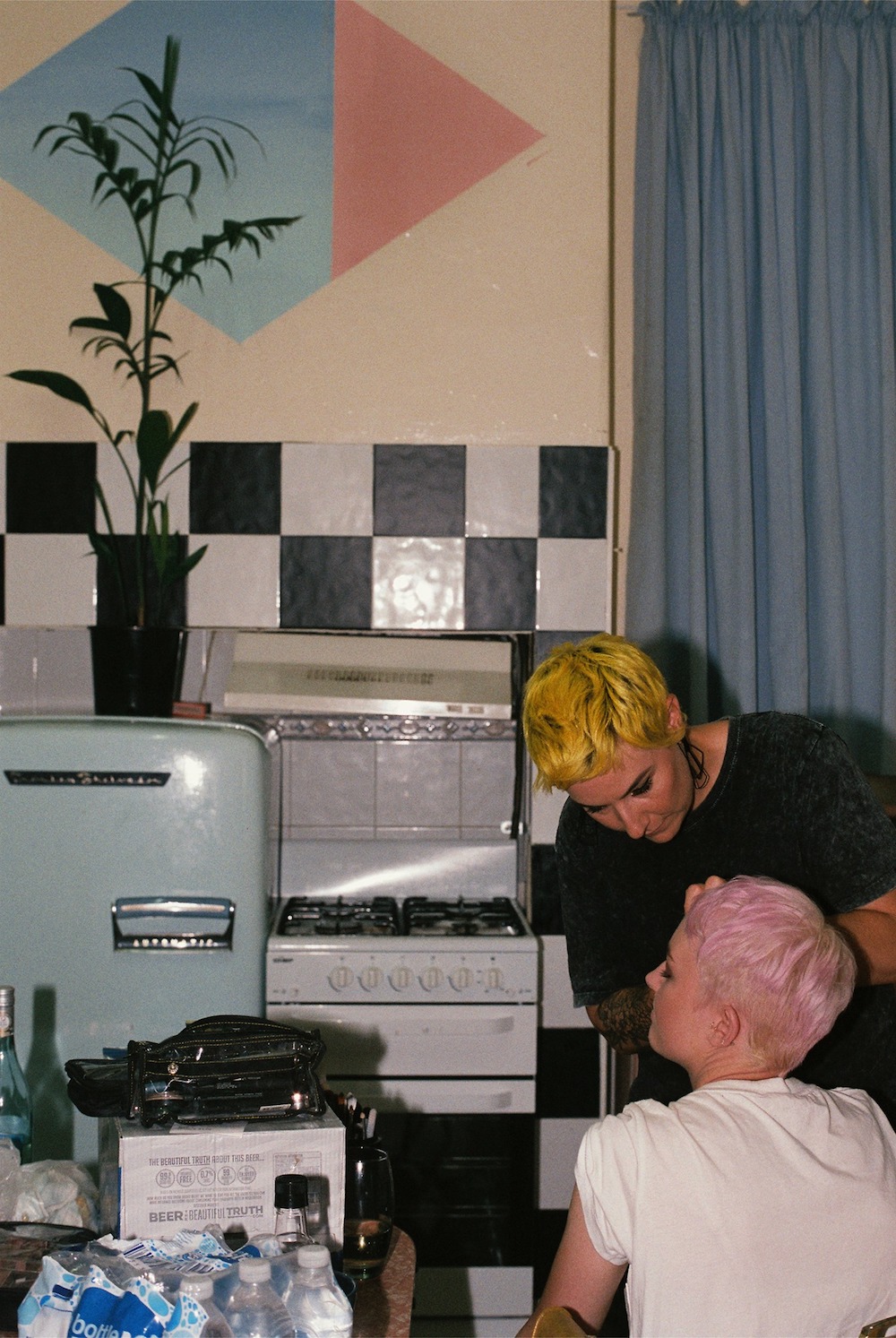 The next shoot was done at my friend Hannah’s house in Footscray at the time she was living with her sister Maddie and another friend Claudie. I have to give them all a shout out because I’m so thankful that they let me change their living room into a shiny room made from space blankets (it got really hot!!). We decided just to throw a party. We posted it on Facebook as ‘Sexy Party’ and just invited a bunch of friends. I was so surprised that SO MANY people rocked up at like 8pm on the dot in full costume. Here are some of my fave snaps Asia took: 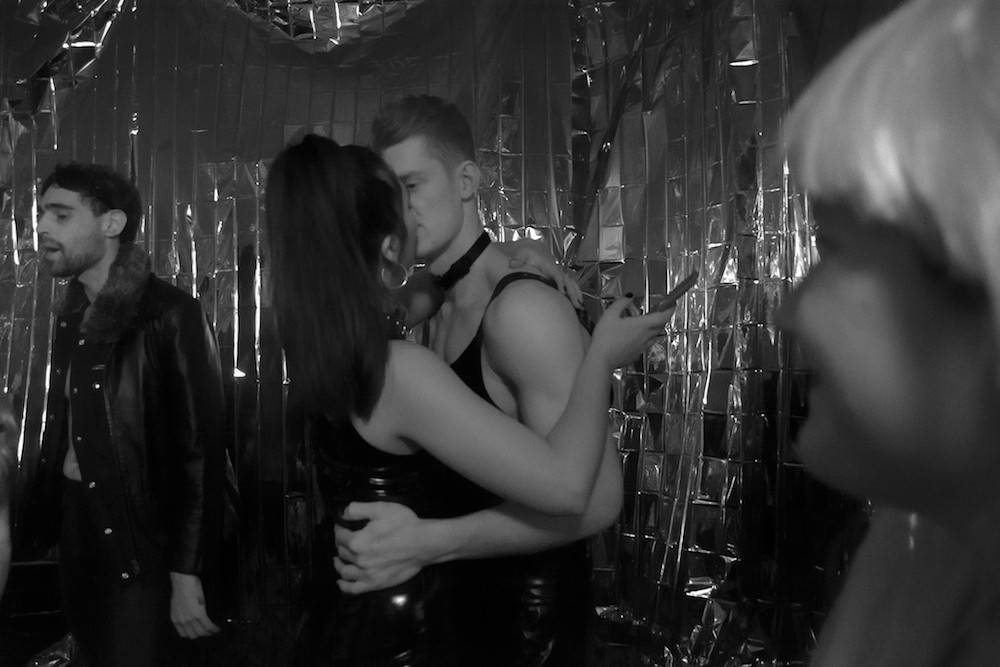 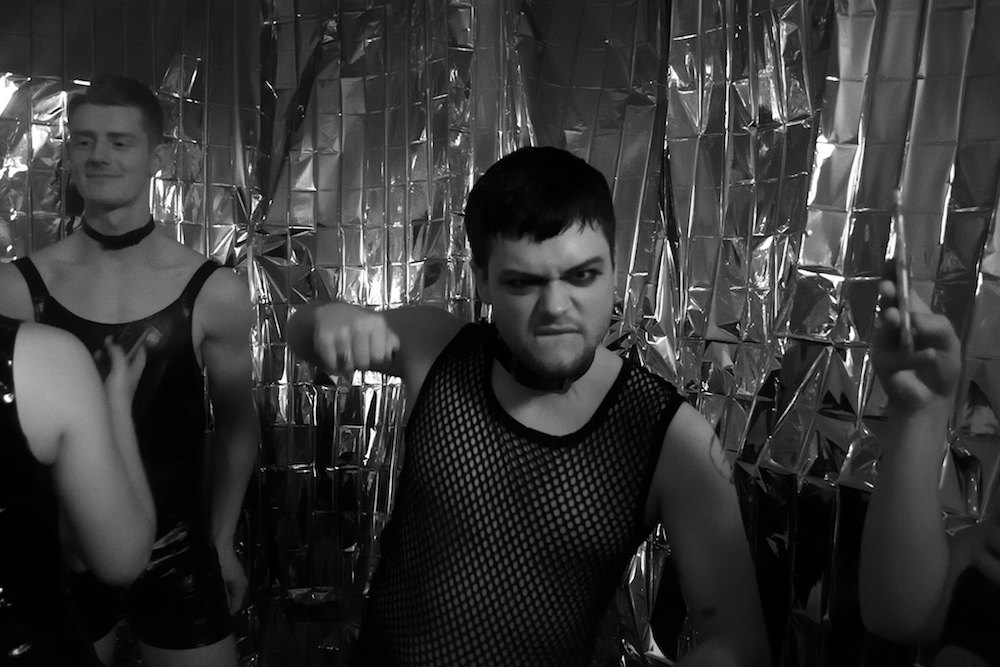 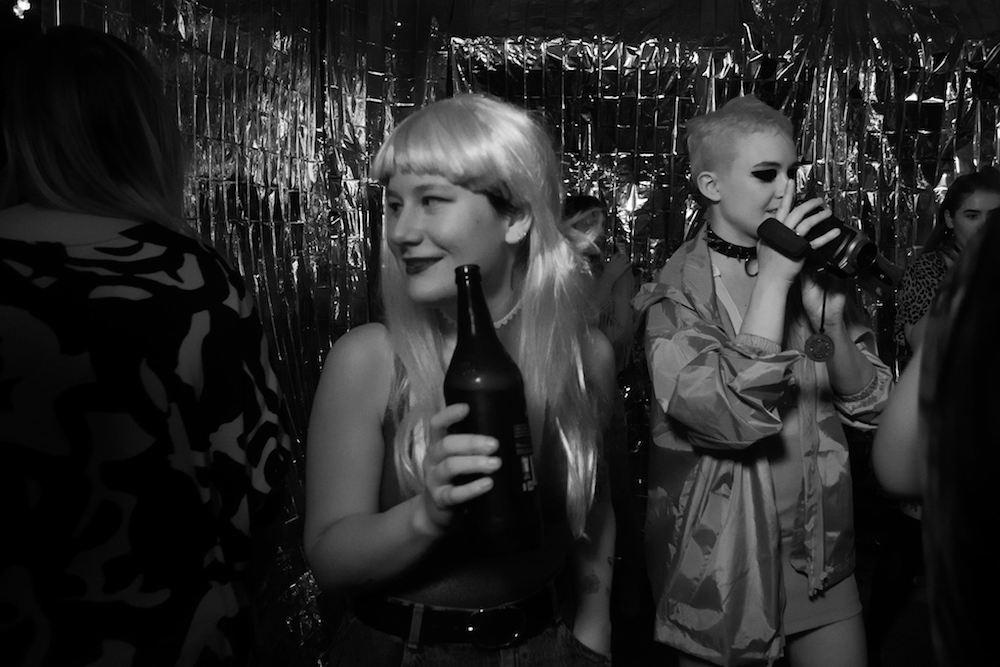 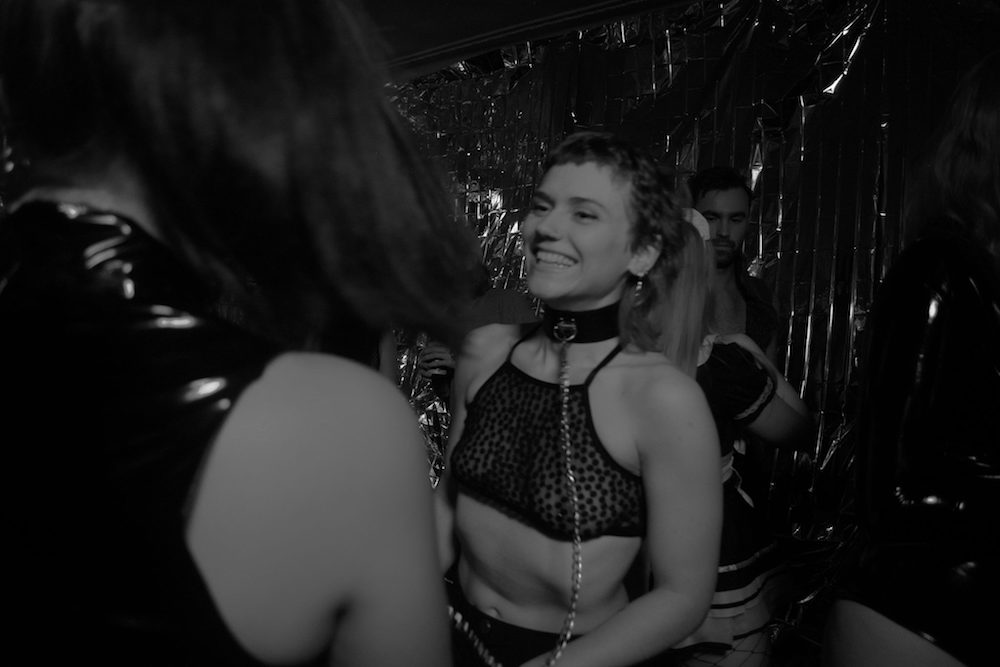 My other friend Jac (Instagram: @motherly.intentions) took some snaps at the party too. I’ve been friends with Jac for a few years and I’ve watched them really grow and come into their own as a person. They’ve been a big inspiration into my music so it was so nice to have Jac their one the night to capture some pics. 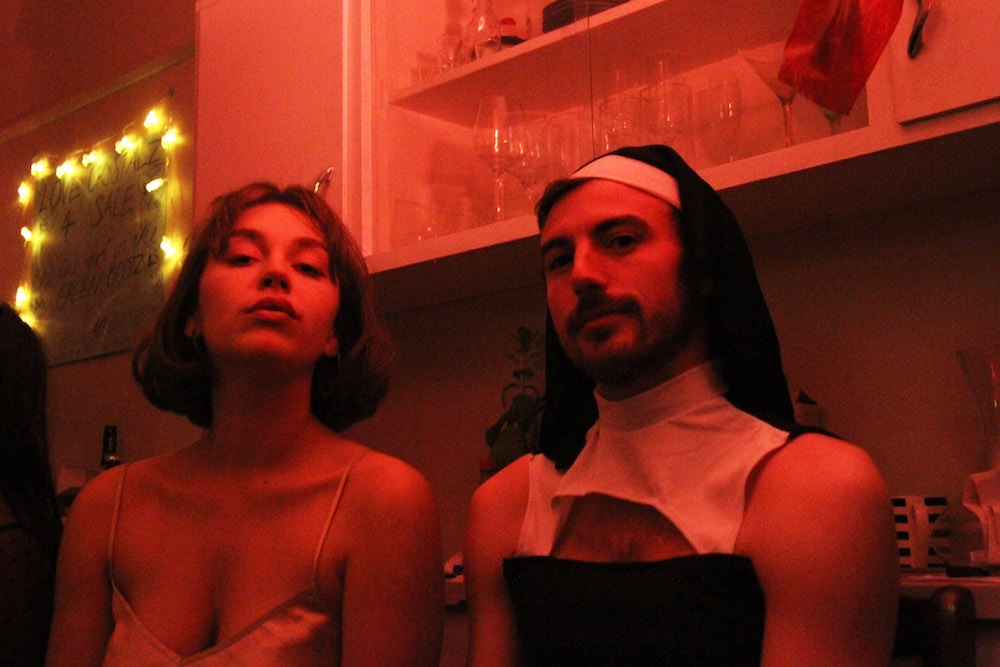 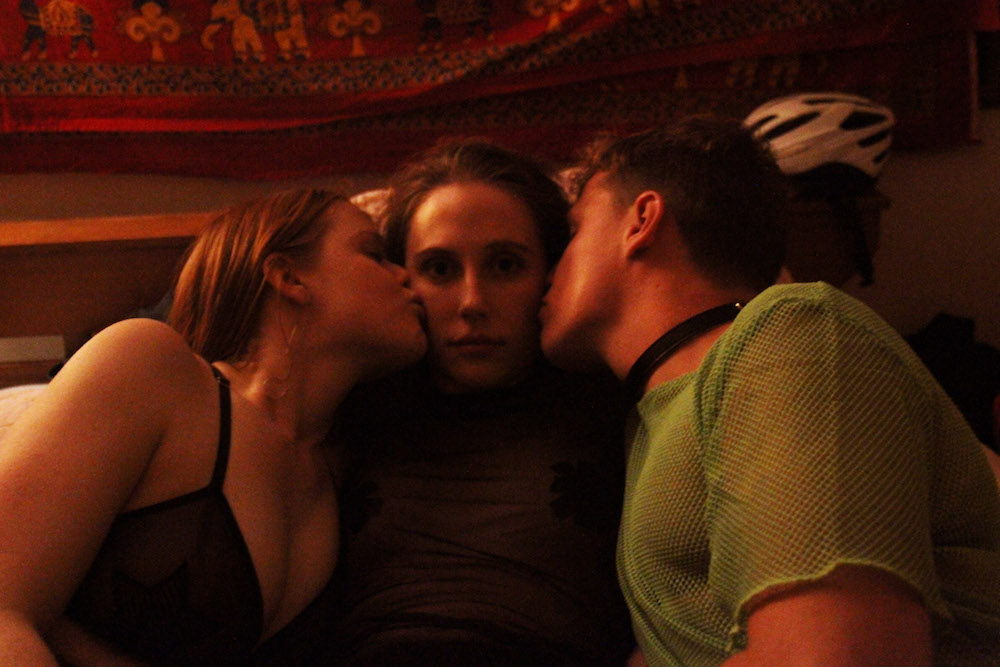 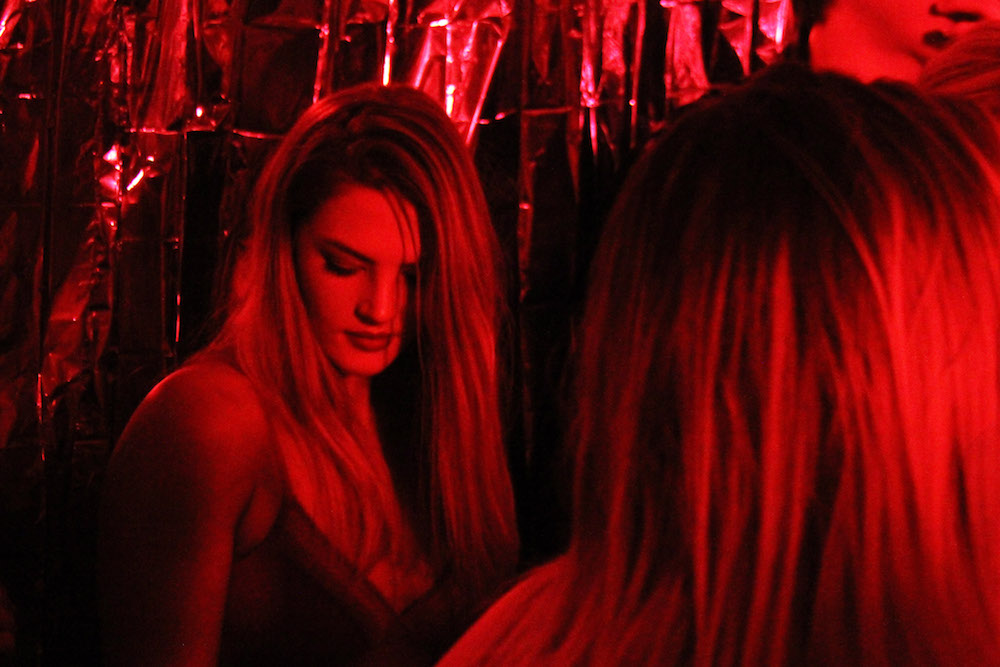 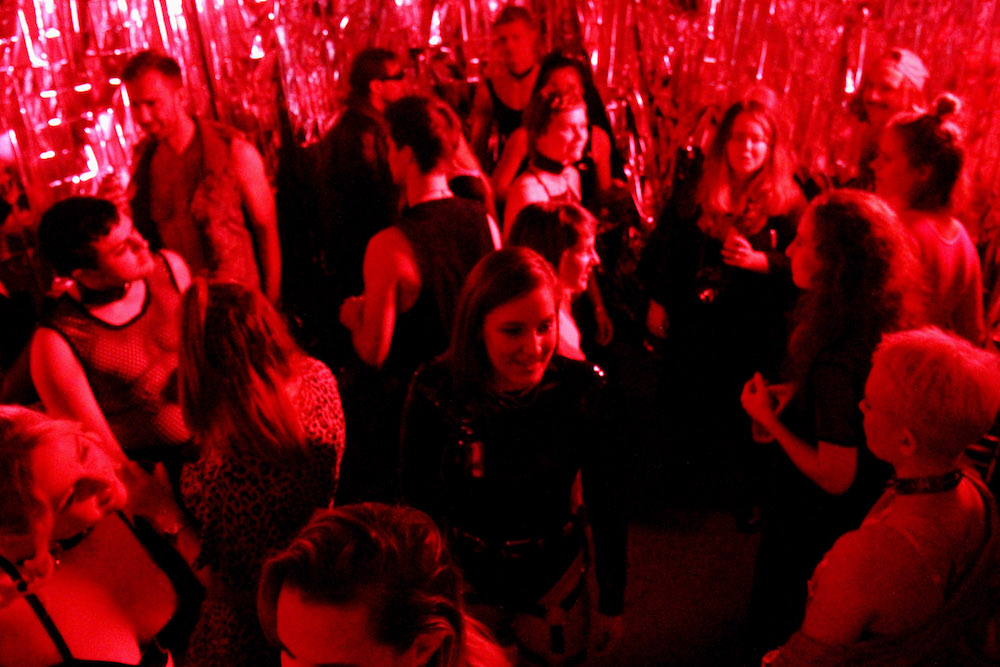 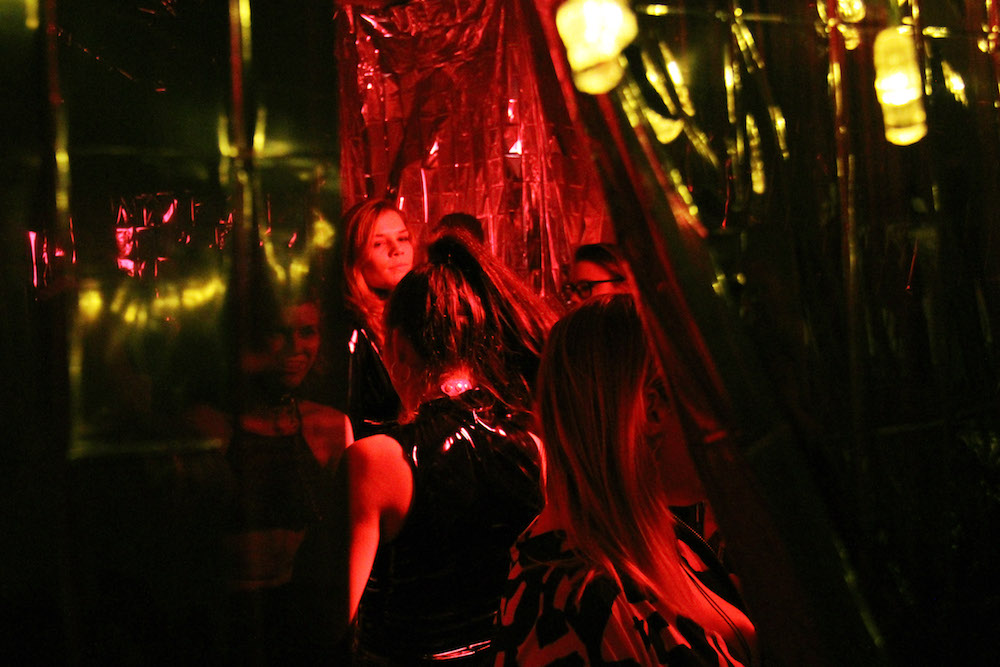 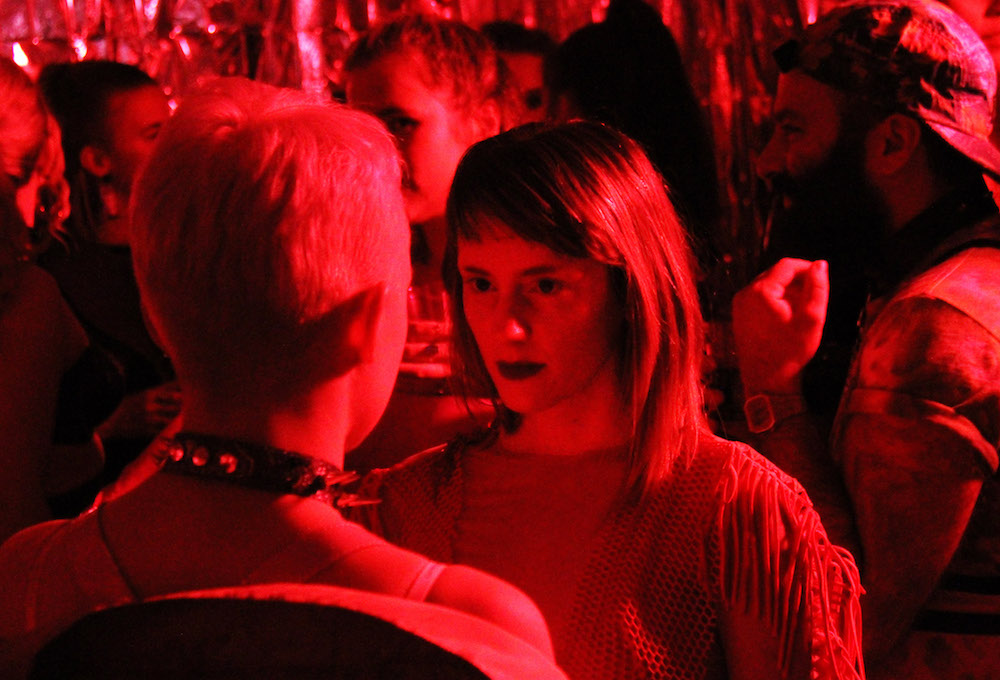 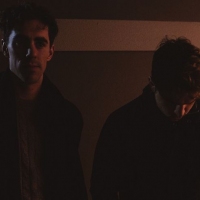 Meet Aus super-duo breathe and their incredible debut single, Are You All Good?“Pure ecstasy. I’m infatuated with this song and everything about it. Breathe are the future." - Peking Duk. 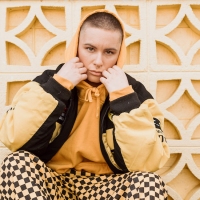