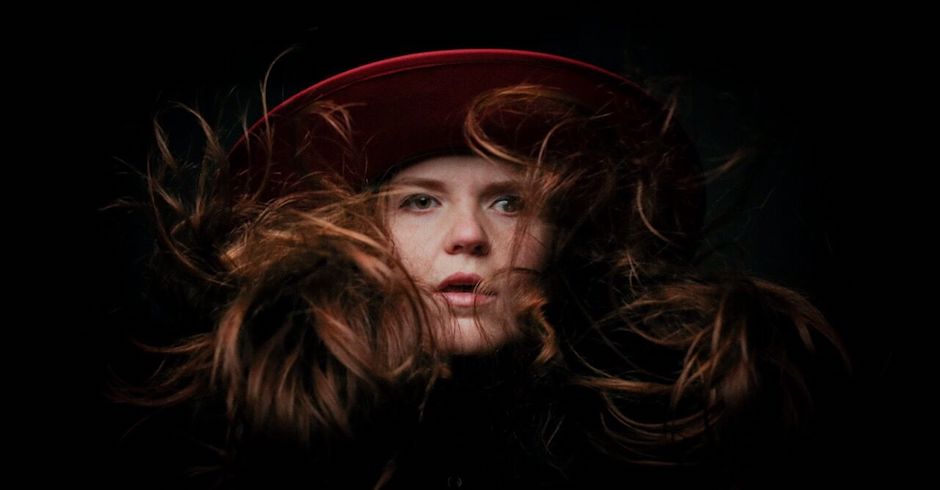 From the second those commanding opening horns hit in the EP-opening Queen, it's apparent that Flint Eastwood is in charge. The Detroit singer-songwriter has been on the come-up for a while now, but her new EP Broke Royalty sees her break free from her shackles and demand the attention she deserves, one triumphant single at a time. The genre-bending musician is confident and proud on Broke Royalty - out now through Create/Control - with her powerful vocals leading the way above finely-tuned productions which glitch between R&B/hip-hop sounds and more electronic ones, especially when guests such as GRiZ come into play on singles like Rewind. “Queen was written about the first time I was asked what it was like being a woman in music," says Eastwood at the time of release, explaining how the EP's leading single came about. "I've always been the boss of my art - I write my own songs, I play shows, I design a lot of my own graphics, make my own videos, craft my own photos, and I hustle alongside an amazing group of people just like every artist does. I had never considered myself different for being a woman. I have always set the standard with my team that I am the boss, regardless of my gender identity.”

When she's not showcasing her across-the-board talents as a figure in the music world, Flint Eastwood is giving back. In 2015, she founded Assemble Sound - a recording compound and creative hub for Detroit (and visiting) musicians located in a repurposed 1870s church, a hub which has played a large part in the making of Broke Royalty and her rise to this point. Many have tipped Flint Eastwood to be one of the next big things in the electronic world, so to celebrate her new EP and introduce the hyped musician to the Australian market, we thought we better send her through some questions about her new EP and what she's all about - which you can read below while you dive into Broke Royalty.

Hey Jax! A big, belated congrats on the release of your Broke Royalty EP. It’s been out for a while now, so how’s the reaction to the record been? Has its reaction been expected?

Thank you! It's been great. Glad it's out in the world and people seem to be enjoying it.

I wanted to bring up Detroit before we delve more into things. Obviously, a lot of people in your position would’ve moved to somewhere like LA or New York by now, why have you stuck around in Michigan?

There's a certain amount of honesty and great that Detroit offers that you can't really get anywhere else. I think artists should go where they can feel the most creative and for me that place is Detroit, Michigan.

How has growing in Detroit (and Michigan as a whole) influenced your sound? It obviously plays a large part in the project, seeing as you’re partly named after Flint, Michigan.

Detroit has had a huge effect on my music. It's a city that has birthed many genres and to grow up around that "fuck it lets do what we want" attitude, it definitely wears off. I love Detroit so much and am grateful for my time here.

And you help run a creative hub there, right? Can you give us a bit of insight into how that works and how you’re involved in it?

Sure thing - I help run a collaboration/recording studio called Assemble Sound. A few years back some friends and I noticed that Detroit was foster some amazing musicians, but they all were creating alone in their basements and didn't really have a place to go to run into and create with other artists. So we pulled our money together, bought a church from the 1870's, renovated 4 studios ourselves, and opened it up to the community. It's a very special place - definitely a destination if you ever find yourself in Detroit.

How would you describe Broke Royalty and its sound to those who are currently unacquainted with you? To me, it’s a bit of a genre-bending release, especially in a world where a lot of pop music seems to be afraid to stray from the norm.

I like to call it Pop Music That Never Sleeps. I put a lot of my focus on good songwriting and lyrics which opens up a lot of possibilities production and genre wise. I like to keep my songwriting open to whatever I'm feeling that day.

The EP includes some great collaborations, including tracks with GRiZ, Tunde Olaniran and MUTEMATH’s Paul Meany. How did these collaborations come about for the EP, and what do they bring to the EP?

Most of them came about through Assemble Sound. One of the policies for free studio time at Assemble is that you have to let other artists come through when they want - if you want it closed & no visitors you have to pay. For me, my sessions are always open door policy. Tunde got on the record because we were stuck on a melody and he strolled through and offered some melody suggestions. I liked the ideas so much that most of his original takes made it to the final. I met Griz when he was working out of Assemble as well. He needed a top-line for a track he was working on for his record and I recorded it at Assemble when I was between shows. It didn't fit the vibe of his record, but he liked the song so much that he offered for me to release it. Paul Meany came about through listening to my music and liking what I do. I wrote a track for MUTEMATH's remix record they put out last year and it was such a breeze working with him. He's such an amazing artist.

Queen has quite an interesting message to it, being about how you’ve always been the boss of your own art and overlook everything to do with the project. How important is this to you, and what does it allow you to do that you couldn’t execute if the project was led by someone else behind the scenes? Does it give you a sense of freedom being able to do your own thing?

I think every artist is different, but for me, it's very important that my art is all consuming and that I have the final say in what goes down. I'm very into all kinds of mediums - I spent 5 years as a video editor, 2 years as a camera operator, and I dabble in photo and design outside of just music. Flint Eastwood has always been a place where I can focus all of the things I love to do into one project. I think there's a lot of freedom in knowing your vision and knowing how to accurately communicate what you want, and that comes through educating yourself. Plus I'm kind of an impatient person so it helps to just be able to knock out an idea rather than have to organise it with someone else haha.

And finally – what’s next? Is a trip down to Australia finally on the cards? What else are you hoping to achieve soon?

You'll have to wait and see! My hope is always to encourage people to be themselves so hopefully more of that is in my future. 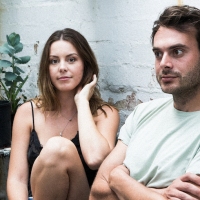 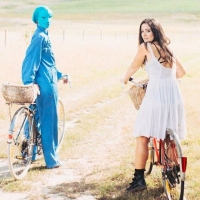