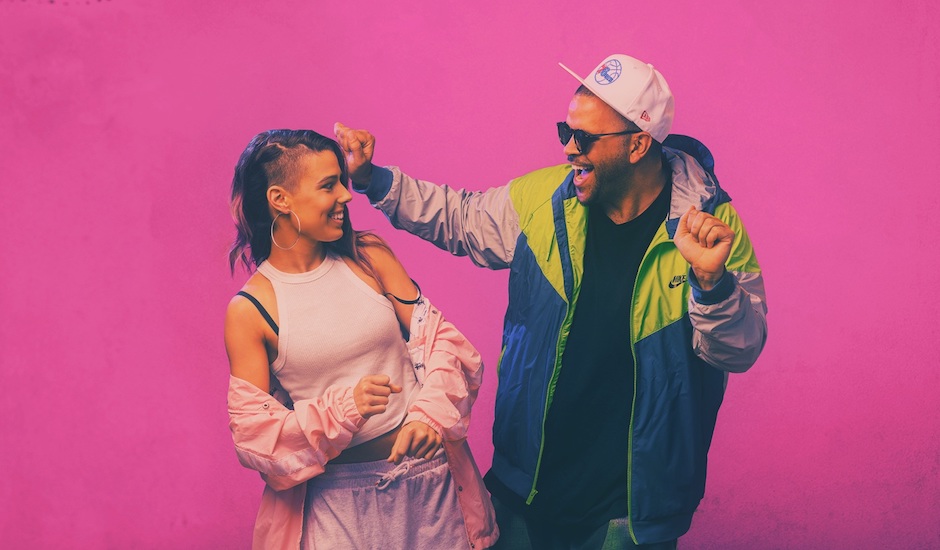 We first came across Adelaide-based duo Homeward Bound a couple of weeks ago when they dropped their bubbly sophomre single Be, at the time noting it was "a confident and self-empowering flex." And now we're stoked to re-dive in with the track's new video clip, an equally infectious showcase of the good vibes Jimblah and Goji are going for. We also took the opportunity to get to know them a little better via a short Q&A, and we encourage you to check it all out below, where it'll become quickly apparent why the legends at Elefant Traks recently welcomed them to the fam:

Homeward Bound is all about being at home within the journey, that the journey is home. It’s a concept I first started playing with in 2013, which arose out of the want to create a space where we could explore music with no boundaries. I approached G about it whom was a bit hesitant at the time but the more we started collaborating in the studio the more she began to feel and see what it could be.

This whole thing was birthed out of hip hop, and what I have always loved about hip hop is it’s ability to borrow from any genre, whether country, soul, classical - whatever it is, hip hop has explored it. Now with hip hop being the biggest movement worldwide, and with all other genres borrowing from it, it’s great to be able to use it as a base to explore the sounds and vibes we want to. In saying that, the world right now is becoming seemingly a darker place, and we want to remind fam that there is still so much light in it / that it’s the darkness that gives way to the light - that’s the intention of where our music is coming from.

I do all the beats for the most part, sometimes (a lot of the time) G likes to get her Doc Dre on and exec, but then from there we sit down and write together. Sometimes we will go off into our own seperate spaces and stencil out rough ideas that we bring back to the table and flesh out, and sometimes we are both in the studio choppin' it up. Usually the music comes first and that will inspire the feeling/lyrics which will give way to a concept. Sometimes we write without even knowing what the concept is until somewhere down the line it becomes evident. Sometimes we come up with a concept first, and I can play around with sounds for a couple weeks at a time before we find the right vibe that fits. Then we go in and write and explore it further. This first record was a great deal of exploring our own relationship and how that reflects on the rest of the world in terms of how we all treat each other. That then opened up the way to how much that reflects on how we treat ourselves. So deep, yooooo.

Can you tell us about your new single, Be?

Be is all about dealing with the pressures of what people expect or want you to be and or do with your life. Sometimes there are people in our lives that look at us in a certain way, that have certain expectations, and sometimes we have already far exceeded their expectations but then become confined and boxed in within their limited awareness/perception/understanding of what we really are. Like we start to view ourselves through their eyes. How lame that feeling is, to want to strive to be something far more than you can ever imagine, only to have those around you not see that but then also try to enforce their interpretation of who you are onto you. BLURGH. Be is about saying “AYO FUC ALL THIS NOISE, IMMA DO ME!!”

Not at the moment, we have just finished up our first run of shows with the ET20 tour which has been so amazing, especially seeing so much of our Elefant Traks fam just absolutely slaying. So inspiring for us tbh.

What does next year have in store?

We have a debut record dropping, which is so dope and unlike anything that has come out of this country for sure. So that means a couple more singles as well on the way and we also aim to do a ton of touring and establish ourselves further.

Both of our singles (Island and Be) are available on all streaming platforms. 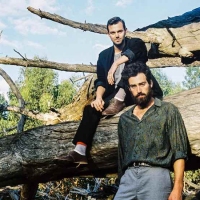 No Mono have covered Unchained Melody and yep, tears, all of the tearsA nice little Christmas gift from one of this year's brightest lights. 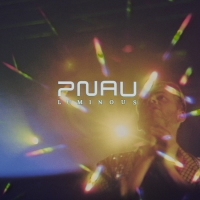 Watch PNAU's spine-tingling, fever dream of a short film, LuminousRe-capping a monumental return to the top on their 2018 Changa Tour.
Electronic

They've just wrapped up a monster Australian tour, with one final Sydney show May 26.