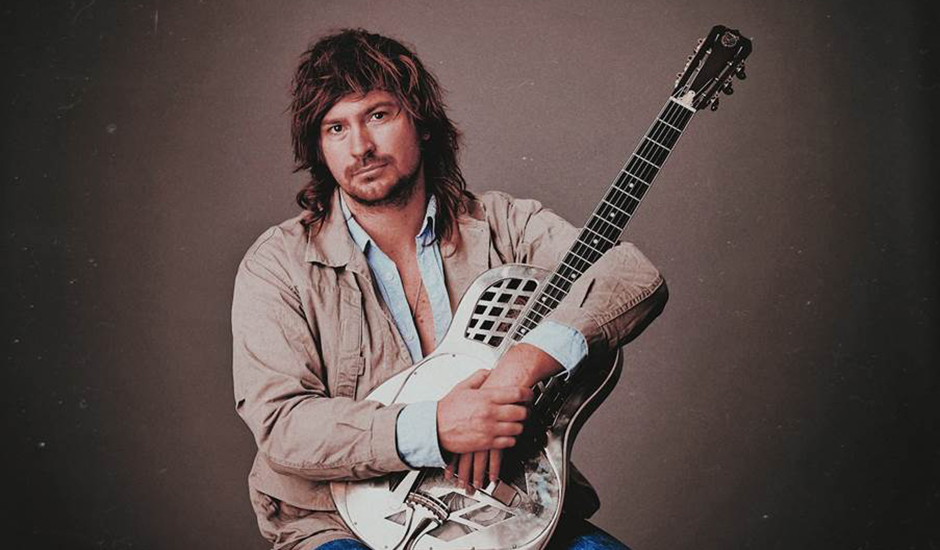 The past 12 months have been mammoth for Peking Duk, even if the long-time Australian dance music favourites have only released a single track. With their infamously anthemic live show on pause, both sides of the dance-pop duo have explored solo projects rich with experimentation and detailed, inwards-facing songwriting; Reuben Styles - the mulleted half of the duo - launching his Y.O.G.A. (You're Only Great Always) project midway through last year, while Adam Hyde - the often-shirtless other half - welcomed Keli Holiday to the party at the beginning of 2021.

They're both projects that revolve around mental health and reflective lyricism, stepping away from the often-carefree and party-ready atmosphere we've come to love from Peking Duk in favour of something a little more tender and personal, showing new sides to both members as they go. Y.O.G.A. is a particularly potent project as we've come to learn, an opportunity for Reuben Styles to explore a different side to his songwriting while amplifying and spotlighting mental health and upfront communication - something that's become starkly important to the musician throughout the last few years.

"It’s about working through the bad and celebrating the good," he introduced the project with its arrival last year. "I want You’re Only Great Always to be a form of antidote to the smoke and mirrors that people are using to pretend everything is wonderful – something real, where we can be honest and put it all on the table." Its self-titled debut EP brought that into the limelight, as did his work with several charities surrounding the EP's release: The Black Dog Insititute and the Mullets for Mental Health campaign being supported through Reuben's work and platform.

Likewise, it's something that continues an entire year later, as Reuben Styles revisits the Y.O.G.A. project for its second, aptly-titled EP YOU'RE ONLY GREAT ALWAYS II. It's another overtly personal and cathartic release, sonically drifting between genres as each sound - and each song - are linked together through Reuben's acute storytelling, and the way he spins experiences of his own and those around him to lessons about self-care, validation, empowerment and uplifting one another - especially amongst everything going on in the world right now.

"This is quite a personal body of work for me. There are songs about self-reflection, songs about addiction, songs about love and songs about death," he says on the EP. "Perhaps mostly because Duk tunes are party songs, Y.O.G.A. has paved a way for me to communicate emotion on any level; whether it's vibrant and colourful happy emotions, or it's the darker, even harrowing sadder emotions."

It's something explored throughout the EP's eight-track duration, bringing you into the depths of Reuben's world with an honest intricacy that peels back the layers of even his most personal and darkest moments, such as the loss of a close friend reflected through the EP's most harrowing song, Black Night Lullaby. "I felt this need to create," he says. "I never knew how to address death about passed loved ones through my music... I had written songs about late friends, but never wanted people to hear it."

Now, it's all out there in the world, as the Y.O.G.A. project continues to unveil the many sides of Reuben Styles, and emphasise moments that aren't often shared through his work as one-half of Peking Duk. YOU'RE ONLY GREAT ALWAYS II is an incredibly touching release because of those moments, and in a track by track walkthrough accompanying the EP's release below, you can learn more about them - and the EP's creation - as Reuben dissects the EP one song at a time.

This was the funnest song to make on the EP for sure. I definitely wanted a ‘cowboy and spaghetti’ western introduction for this project; I really wanted to mess around with psychedelic Beach Boys-style harmonies in a dramatic Pink Floyd-esque space. Serendipitously, the three theatres somehow worked together.

I initially wrote this song with just a ukulele and vocal. It then got flipped into a synth-driven song and became entirely electronic. After maxing it out entirely I then stripped it right back and recorded the whole thing more or less as a live band, I tracked live guitars, live drums, and live bass. This song is more or less about that feeling I was going through late last year before releasing the debut Y.O.G.A. EP. It touches on the importance of knowing when to free yourself from all that is usual and comforting, and how to push yourself into taking new leaps into the unfamiliar.

Something I have only just learned, is that we do not need to hide or shy away from death. We need to celebrate the people we cherish, whether they are still with us or not.

I was recently quite moved and inspired by the children’s movie Coco. The film shows the Mexican way of life and death. Rather than people just going to heaven, lights off, that’s it, Coco encourages us to keep those who have passed alive through other means and mediums. We can keep them and their legacy alive by making the effort to put up their photos, watch their videos, share their stories or sing their songs. You can feel them, listen to them, and take their guidance alongside you at all time. I wrote this song about one of my best mates, Jamesy, who passed always almost 2 years ago now. With his memory in mind, this one is for you James.

See It In Your Eyes

See It In Your Eyes started off as an entirely electronic song. It actually sounded quite clubby and sat at 120 bpm. I guess I enjoy writing in a familiar space sometimes to kick things off before I eventually pull it apart, dismantle it and start to rebuild it. After speeding up the song to roughly 140bpm, I started jamming to it halftime with a steel-string guitar – and before I knew it – I was recording all sections bit by bit until it was an entirely live band.

Emotionally, the song started to make me feel like I was in high school again. I quickly started scribbling lyrics reflecting those times; I remember that breakup feeling vividly. The anguish. That one person that leads you to a lost-cause chase that goes on for far longer than it should… It’s grim and it’s damaging, and it ultimately gets worse the more you pointlessly pursue.

ALSO! Because of the current Sydney lockdown restrictions, I jumped into the director's seat and self-filmed the official video on my iPhone. I was roller blading around town. 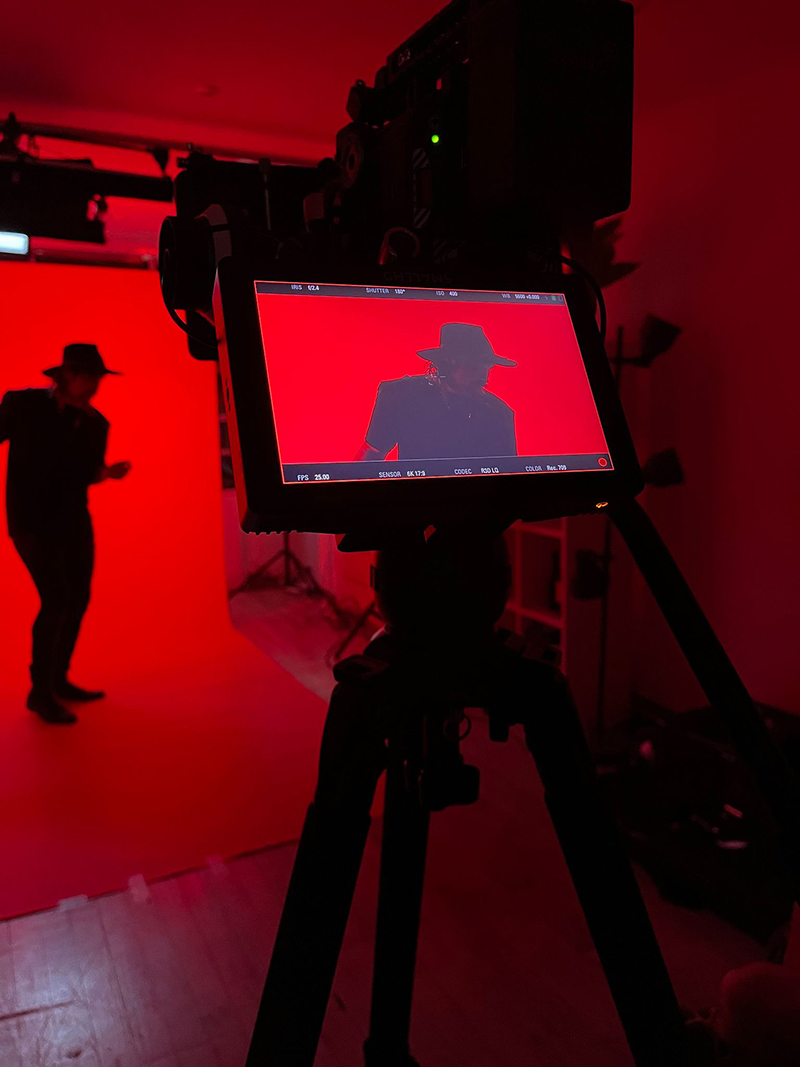 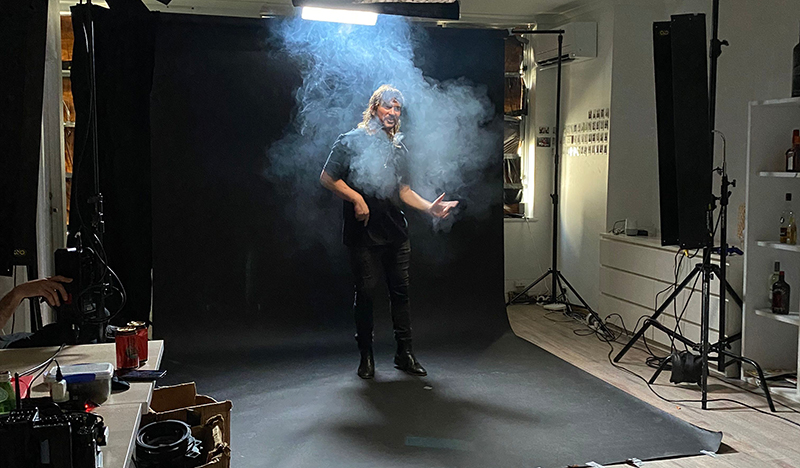 The Boat I Left

The Boat I Left is a song about the power of addiction. The music and melodies reminded me of everything I was listening to in the months after losing a best mate to depression in high school. In those months that followed, my addictions were at an all-time life high. Almost every substance under the sun was being used and abused. And of course, nothing actually helped. It just muted the pain temporarily. It took me years to properly shy away from my comfort of substance abuse. This song encapsulates that feeling for me.

There are times when you feel confident it’s over, and in your head you know that you’ll never go back there… But.. With this confidence, you feel you can dabble, of course you can dabble right? You’re never actually going back there… Right?! There are so many cheeky ways your mind can trick you into grabbing hold of that safety net and relapsing. Addiction is a fortress and a maze. It can almost resemble quantum mechanics in a way; the way it just goes so much deeper than anything we will ever fully understand.

This song somewhat follows on and directly connects to The Boat I Left. It’s about accepting the challenges and difficulties in life, expressing the realisation that it’s not going to be a walk in the park! It’s a short, campfire song acknowledging those cheeky little tricks your brain does that make you relapse. This song came about from experimenting and playing around with the National Tricone resonator guitar. It was actually called campfire song until just a few weeks ago! Noodling and doodling like at a real campfire for the vocals. I experimented with tons of voices and tried to channel that campfire-ish Bon Iver vibe.

Like all songs on the EP, Pain Makes Us Alive shines light on my own journey with vulnerability. This song is about openness and honesty, even if it hurts… even if I’m the victim. I know that my own pain is always worth bearing because in the end, pain is healthy too. The essence of the song reminds us all that in the end, pain is healthy too; without pain, we simply cannot understand or appreciate the good times. Musically, this song was so fun to make! I experimented with resonator guitars and quarter notes to create a semi-eastern sound which quickly created a life of its own. Inspired by everything from MGMT to The Beatles to the Chemical Brothers, this song draws influence this song has drawn influence from almost every single part of my life. 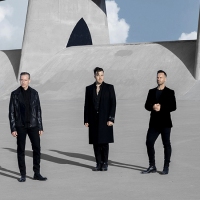 Listen to On My Knees, an aching taste of RÜFÜS DU SOL's new album, SurrenderThe latest RÜFÜS DU SOL track is amongst the darkest they've ever made, and preludes the release of their next album on October 22. 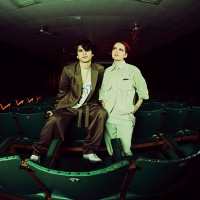 2021 breakthroughs Budjerah and MAY-A interview one another, celebrate new collabThe two shining stars of Australia's next generation come together for their new collaboration, Talk.
Electronic