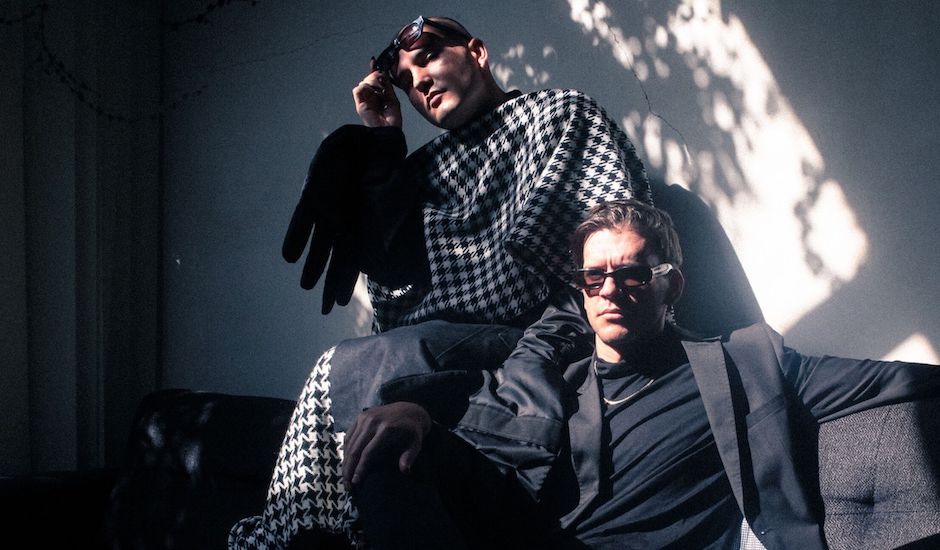 It's been a long time between drinks for Fortunes. The New Zealand-via-Melbourne duo were once leaders in this realm of woozy, electronic-backboned R&B, mixing together Banarby Matthews' swirling productions with Conor McCabe’s honey-smooth vocals to create R&B gold dripping with sensuality and, to be frank, sex appeal. The genre-bending melting pot that is Fortunes' music has won us - and everybody else - over time and time again, with every release since their 2015 debut EP Hoodie seeing them go from strength to strength, joining the esteemed Future Classic for their 2016 Jacket EP in the midst of performing Splendour and Laneway while sharing stages with AlunaGeorge, Kelela, Shlohmo and more.

After making another return with their third EP Undress, in 2017, the duo have seemingly been somewhat absent from our R&B/electronic circuit, returning with a one-off single Daddies later that year, and to remix Tora's returning single of their own, Too Much, in 2018. In 2019, however, this all changes, with duo showcasing two years of quiet, behind-the-scenes work and sessions with a surprise-release EP, Disc Read Error. Spanning five tracks, Disc Read Error is a complex and multi-faceted release that showcases the many sides of Fortunes (many of which haven't explicitly been explored or fleshed out in the past work), switching things up and presenting a new, unseen side of one of our best acts.

On the surface, the EP is a touch more upbeat and lively, built firmly on the electronic backings that in the past has only shaded their work. The EP's opening title-track, for example, is as saccharine sweet synth-pop as it is R&B, with clanging percussion and soothing vocals uniting in left-field experimentalism. Braille is darker and more menacing with swelling bass kicks and twinkling synth, while the EP-closing Karioi offers something more gospel and soulful, leading us to Conor's hometown of the Raglan for a moment built upon cultural significance and family background.

Arriving with shows in New Zealand and Australia through May/June, the EP welcomes an exciting new time for Fortunes, who continue to blossom with every release - even those years past their last. Read Conor and Barnaby dive through the EP one track at a time below:

I got the idea for this song when we first got to LA. We were trying to decide what to watch on Netflix and settled on the Rugrats movie and I was like 'omg we used to have the best Rugrats CD Rom game, but it got all scratched up and stopped working'. My friend was like 'oh shit I haven’t thought about scratched up CD’s in so long'. So I wrote a lil note in my phone being like “nothing seems to work, keep getting stuck. all my CDs got scratched up”. Then when we got into the studio and started making the beat, I pulled up this note and everyone was digging the idea, so we ran with it. I started singing in this like obnoxious as American like Blink 182 type voice which really got me into the vibe, thank god that didn’t make the final version lol coz it was horrendous. I don’t think this song is really about anyone in particular when I think about it. Its more of a note to self like don’t play these songs that make you feel a way Con. Like major TW ahead but also just let it go babe.

So crazy to think that we started this song in our first proper studio session in the US! We were super nervous because we hadn't really worked with people much before then. But as soon as we met Corey (Moon Bounce), it was all love and so much fun! The vibe was strong, we were just fuckin around with different sounds, and then as soon as he jumped on the keyboard he played that main melodic line from the intro, and it was all over from there. Later on down the track, Jeremiah (Sad Pony) came through, he smashed like four giant red bulls and started yelling freestyles with robot autotune on the mic, which somehow came together perfectly. He's some sort of insane genius.

My first idea for this song came from my friend Shezaana. We were sitting on my outside couch at my house and she was scratching my knee and was like “omg sorry my fingers are so rough like braille” and I was like omg fuck Shezaana you’re a genius and made it into a song. I think this was back in like 2016 so this song has gone through so many stages since then and I’m so glad we are finally putting it out!

A lowkey fave of mine.. I really dig the idea of braille in general; pretty wild to think you can absorb words through your hands. I wanted to play it up a bit in the production side of things, make it sound like little bumps and dots skittering around.

This one got written right at the end of our LA trip. I was literally so tired and like emotionally exhausted from writing so much and being so in my feelings day after day (but like lovin it). I think I’d been telling someone about pulling rarkies in the car and was like I wanna put that in a song but I think thats like real New Zealand so decided to make it Donuts. I was getting like super lonely and in my head and just wanted someone to come to cuddle me lol literally like trying to find people on tinder or whatever to just come to cuddle is so hard and sounds so needy hahaha.

We made this one with this duo Two Fresh beats who are crazy talented and such lovely guys! We were pickin up some serious sundrenched beachy vibes as soon as the guitar riff got layed down. Everything clicked together really quick after that, and we pretty much finished writing the whole thing in that one session which is pretty rare for us haha.

Holy moley this one! This one is really hard to talk about. I don’t know. Like I’m not ready. And neither are you.

This was one of those songs I only have a hazy recollection of producing, like I was in a trance-like state trying a bunch of weird shit that probably shouldn't work (why is there acoustic guitar in this??) internal monologue probably going "yeah, you know what? No drums. Fuck drums. In fact, let me get on the mic and record a cello sound with my mouth". You ever experienced that "next day syndrome" where you're making a beat and you think its fire and then the next day you listen and realize its actual garbage and what they hell were you thinking? I keep expecting to listen to this one day and have that feeling, but so far so good! Of course, it helps that the vocals are crazy gorgeous.

This one is probably my most special song I've ever written. I could talk about it all day. It's all about me as a child and where I come from in New Zealand, a little town called Raglan. Karioi is the mountain there and she looks like a pregnant lady sleeping with her feet going out to sea. The sample we used is from a band from my called Cornerstone Roots. I used to sing backing vocals for them when I was younger and I got their two children and my cousin to sing backing vocals on it for me. There's also a bit of a homage to Ladi6 in the outro with a little story about how one time she came and performed in Raglan and I was dancing up the front and she held my face and sang these special lyrics to me and I've really taken them through my life. I could literally go on about this song all day but it's kinda all there in the lyrics. Maybe I should do a part 2 of this song one day and tell more stories. I really hope everyone likes this one and gets to know me better. Lots of love, Con 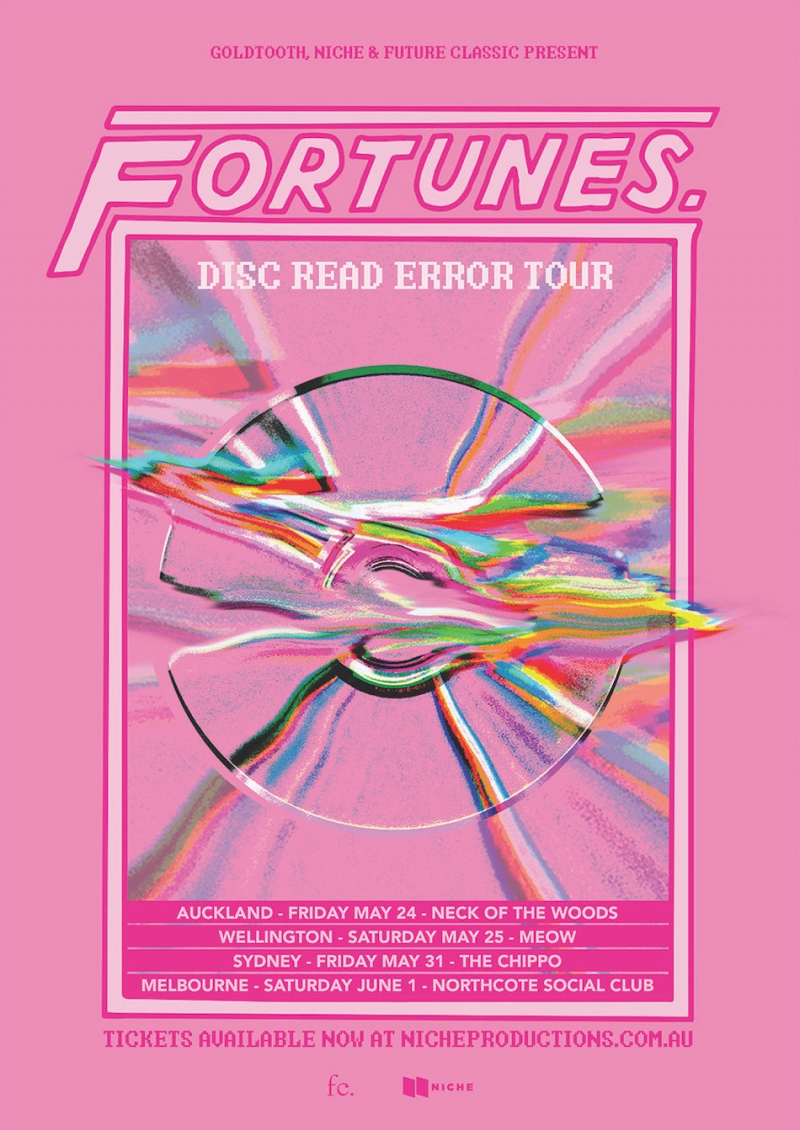 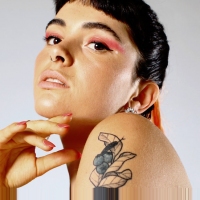 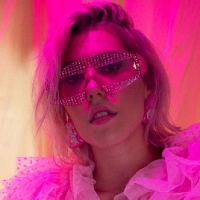 Premiere: Florian turns into a superhero in the clip for UltramachineMatching the empowering theme of her latest single, the video sees the Australian star-in-the-making continue to blossom.
Electronic