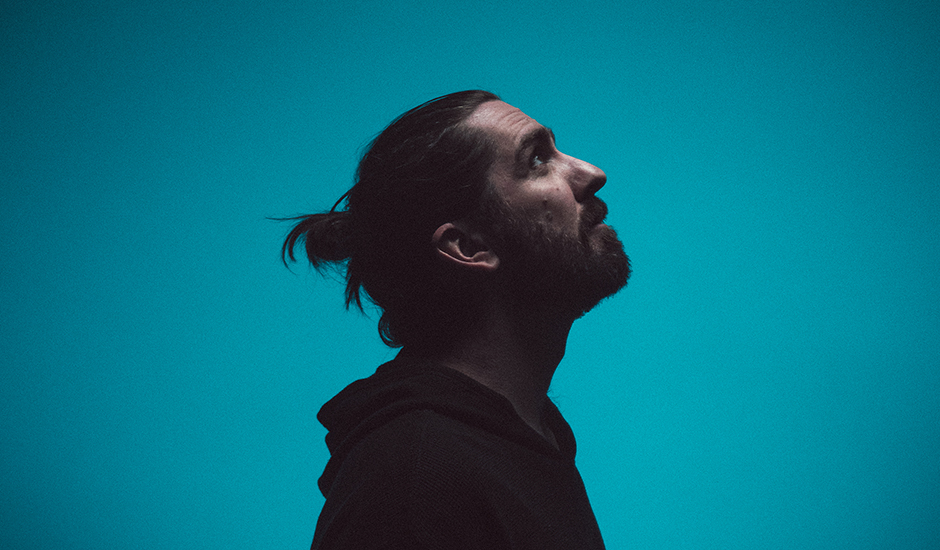 You probably don't recognise the name Ryan Meeking just yet, considering his debut single Endless Run isn't out for another day. And yet, the Melbourne-based musician is someone already being heralded as a force worth watching; someone with a strong connection and history with music - working alongside musicians such as Gossling and Whitaker - finally letting that show with the full creative freedom and experimentation of a solo project, and everything that may come alongside that.

Endless Run is an introduction to Meeking, and it's one that proves his status as one-to-watch is well-earnt and on-point, capturing the heights of the musician's bright and bold pop sound as he makes a debut and welcomes his sound and vision to the forefront. It comes in the form of catchy and cutting-edge indie-pop, partly reminiscent of acts like alt-j and Chet Faker (but something a little more forward-thinking and bright-eyed) as his hazy, R&B-touched vocals dance amongst a flourishing production, one which adds a real upbeat nature to Endless Run.

"You’re in the festival crowd. Drink it in. Your friends, thousands of others, the music, the party, the complete loss of any sense of time and space - and who cares: the community in that. Everything is now, everything is amazing and it's just the beginning. Welcome to your Endless Run," he says in the single. He creates a vision that boasts this sense of freedom that is communicated through the single's sound too; in the way that his vocal strives above the rich production underneath it, or in the way that every beat seems to bounce with a refined energy and passion - it's clear Endless Run is a bright beginning.

Today, however, we gather to premiere the official video clip for Endless Run, which debuts today ahead of the single's official release tomorrow, July 14th. It's a video just as adventurous and bold as the single's sound is, with cutting-edge lights and creative technology bringing the single to life through visual means, with the help of videographer Rick Clifford.

The single and its accompanying video arrives ahead of a launch at Melbourne's Small Time on August 12th - more information to come - but in the meantime, take a dive into the video as it premieres on Pilerats below, and introduce yourself to Ryan Meeking underneath:

I’m a post-analogue, non-linear child of the tech revolution. I write, play and produce songs – worlds made for us. I distil my experience for your enjoyment and our companionship while we wait for the noise to stop. I’m always thinking about that movie Interstellar. It took a while for me to get here. Many iterations. Do you wanna just hang and get right down to it for a bit? Here, put on these headphones, listen to this…

I’m obsessed with emotions, their contradictions and collisions. Emotions don’t sit politely in a neat space - they’re often on top of each other, bouncing around, pushing or pulling. My music does the same. It’s immediate, honest and direct but not bound by a single sound or space. It goes from intimate to epic, because that’s what’s inside us, which is why I put it through a modern pop lens – because that’s the most versatile and expressive place it can exist. It’s also a very ‘dry’ sound, which means more ideas can fit in the space without washing it out.

So you’ll hear a lot of my vocals right up-front of your head; a lot of layered rhythmic elements connecting through to your body including drums, bass, percussion and synths; and a very generous and immersive melodic complement of effected guitars, synth landscapes, piano and sampled vocals. It’s a tapestry and, just like life, there’s plenty going on, but I spend an incredible amount of time on the detail to make sure you’re elated and immersed without being overwhelmed. The idea is to give you a space where you can move both physically and emotionally without being distracted or too self-aware.

If you want sign-posts – and that’s OK – I’ve taken cues from Beck all the way through to Dua Lipa. I have a lot to share with you – all the things you’d probably like to share with me too – so be ready to party, laugh, contemplate and find a home in here.

I write from a personal place, melding past and present experiences, but I’m always writing to convey the feeling of a specific moment. If I’m writing for someone else or from someone else’s perspective, I’m still leveraging my own experience to interact with theirs. For me, expression through sound is just as important as words and the two often come as a package when the random-inspiration-antenna is receiving. But I’ll also sometimes dig through memories – in that case, there are often one or two photographic images in my mind and I’ll work on transferring them to song. Whichever way it goes, the words and music – including the basics of production – generally race neck and neck to the finish line.

To date, I’ve been lucky to have learnt from some truly great producers across different projects. I’m also producing other people’s music these days, so I hit the studio knowing exactly what worlds I want to create and a good idea of how to get there. I think when you’re working on a solo project though it can be easy to lose perspective so I teamed up with co-producer Sam Swain. He was so connected to what I was going for it was like having another me in the room only with a valuably different experience and a fresh perspective.

Can you tell us about your latest single, Endless Run, and its video clip?

I was thinking about how epic and insane summer can be when I wrote Endless Run – especially the nights. I had this image in my mind of being in a festival crowd and being so in the moment that the whole world ceased to exist. You’re captured in this crazy microcosm, where the pressures of time and normal life don’t exist and you feel so insanely free. There’s this whole other community that seems to exist in that moment and across the rest of the season and you’re basically whoever you want to be. You’re operating like this summer is the last. On top of that, existence is interaction, so there’s a lot in there about the intensity of the moment being expressed through intense feelings for others.

I was blessed to work with Rick Clifford on the clip, which was a super satisfying experience. We knew we wanted to take people to an unnatural, unique visual space, as the music does with sound, and we used some very fun, cutting edge lighting tech to get there. That last point matters personally because I’m incredibly inspired by technology and new machines, which shines through in my music production. In the end, making the clip felt like a celebration of finishing the body of work that’s to come, so you’ll see me doing a little celebrating.

2021 sees everything I’ve been working on, for what feels like so long, make its first trip out of the bunker. It starts with Endless Run, some shows and then a whole lot more material in line. Stay tuned, things are going to move quickly now.

I want them to feel refreshed. I want them to have an experience that either made them forget about whatever was bothering them or go back to it with a new perspective. I want them to remember that they’re human and this is a shared existence – and a little ‘Woah, that sounds awesome’ would be good.

Follow on Spotify and Apple Music or wherever catch the stream. There’s an avalanche coming your way.

Premiere: Perth's Sydnee Carter unveils an acoustic take of her latest single, BruisesInitially released at the start of June, the single marked Sydnee's first via her new label home, Risqué. 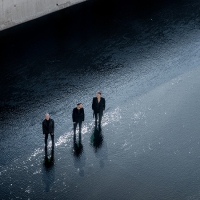