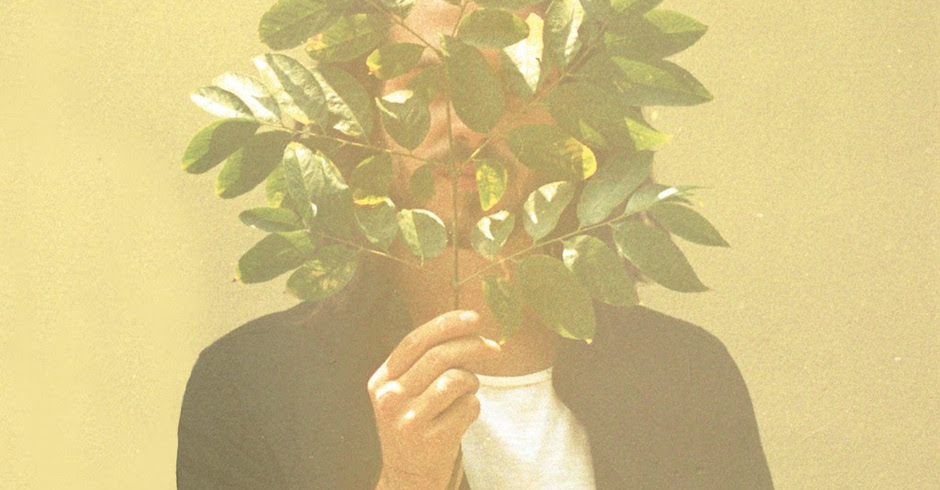 With the recent rise of artists like Odesza and RÜFÜS, the divide between synthetic and organic electronic production is tightening. Parisian multi-instrumentalist and long-time artist FKJ, also known as French Kiwi Juice, is another of these artists, removing the stigma of ‘press play DJs’ by blending in live elements, such as rolling guitar riffs or soothing piano chords, into his productions and live shows. French Kiwi Juice, the producer’s self-titled debut record, encompasses this point. In Canggu, a jazzy number that sits in the middle of the album, sharp percussion combines with sprawling classical piano while in a more experimental turn, the album-opening We Ain’t Feeling Time mirrors EDM’s new-found love for brass with a rolling saxophone melody, setting the tone for the instrumentation to come in the record’s further tracks.

Instrumentation talk aside, French Kiwi Juice is the perfect opening record for FKJ. It’s a good starting point if you’re yet to check out any of the artist’s previous work, with highly-accessible tracks like Skyline and Go Back Home taking on more of a pop sound as the album’s leading singles. But, if radio-ready electro-pop isn’t for you, then there’s a whole lot of other sounds too, particularly within the realm of soul and jazz – often both hand in hand. Joy, which sits towards the end of the album, is a classical, upbeat single that boasts obvious nuances of jazz. Die With A Smile, on the other hand, is a Tame Impala-esque psychedelic jam that blurs the genre-defying lines between indie and electronic music.

Thrupence is one of the smaller acts on the Future Classic roster, but the producer and talented artist (he designed the cover art for RÜFÜS’ Bloom and its accompanying singles) is eyeing off 2017 to change this. Conversations is his first single last year’s Rinse Repeat, enlisting his brother Edward Vanzet for a guest vocal feature. Conversations is a deep, brooding single, sucking the aural colour out of his lively visual art pieces and replacing it with a grey-scale environment, instead enriched with sombre emotional feel. Edward Vanzet’s fragile, echoing vocals sits comfortably above a piano-infused production that swells with layers of synth and percussion, getting heavier and heavier each minute. The single is the second from his forthcoming debut record Ideas of Aesthetics, arriving April 21 through Future Classic and promising additional collaborations with fellow Future Classic darling Wafia.

In case you’re unfamiliar with Astre, the electronic newcomer is one sixth of the Slow Hours crew, the French producer super-group who gave us this massive What So Not remix a while back, and independently, Astre has given us a whole heap of ripping singles and remixes in his two years of producing under the pseudonym. This past week he returned, finding a home in internet collective and label Moving Castle for the release of Shades, a charged single featuring vocals from Kevin Blu. Shades is a relaxed and blissful track, packed with them end-of-summer vibes – perfect for the current Australian climate. Blu’s anthemic guest vocals fly high above a controlled and calm production that’s largely driven by pounding of percussion work, especially when the bass drum kicks in and the vocal cuts get clever towards the single’s climactic ending. It’s a big curveball for Moving Castle too, who have been making some serious moves in the US off the back of some future-bass-leaning singles by Manila Killa, Virtual Riot and others, but it’s a risk that really pays off in this case.

Chicagoan duo Louis The Child are one my favourite producers around at the moment, being on top ever since their tropical-flavoured It’s Strange in 2015. Phone Died continues this trend of accessible electronic singles, enlisting pop-rap artist Blaise Railey for a genre-blurring track which, like everything else they’ve released in the past two years, is sure to be a super popular single. It’s a really care-free single, mixing their signature knack for A-grade song-writing with nuances of tropical future-bass, particularly in the single’s pulsating percussion line, which keeps at bay beneath the playful lyrics of Railey. After co-writing some of 2016’s biggest electronic tracks, I think Louis The Child have really nailed that formula for writing destined hits. However, it’ll be interesting to see whether or not Louis The Child decide to take some risks on the remaining unheard tracks from their forthcoming debut EP Love Is Alive or whether they’ll play it safe.

When it comes to Soundcloud’s future-bass / trap scenes, there’s so much out there that it takes something special to get people interested now. The over-saturation of bedroom producers and the availability of a platform to upload their creations on hassle-free has meant everyone’s given it a shot and luckily, this has also encouraged some really creative and forward-thinking minds to rise up too. Australian producer AHN and US teen quickly quickly are two of these names, and Contrast, their latest collaboration, just proves this. Contrast is more a down-tempo cut, combining heavy 808s and crunchy percussion hits as per expected from the duo with some more soulful tones, including the sprawling, slightly oriental melodies that stretch across the track’s duration. It’s a super exciting thing to see, something which promises to continue with the release of their collaborative Preach EP later in the year.

With the release of his Each Moment A Diamond EP soon approaching (it’s out next Friday, by the way), Roland Tings has to be one my favourite Australian producers right now. Following up from the release of the Nylo-featuring Higher Ground, Garden Piano is the EP’s second teaser and it’s just as good, if not better, than the first. Garden Piano is another long epic from the Melbourne producer, with dense layers of thick bass kicks, snapping percussion and expansive, retro synth melodies combining across the track’s six-and-a-half-minute duration. It just goes, and goes, and goes, failing to slow down or ease up. Yet, despite six minutes of the predominately the same beat, at no point does Garden Piano sound over-done or boring. The slight changes in the song and melody structures as the track progresses keeps things interesting, without the need of drastic cut offs or build ups. This trait, paired with the down-right spectacularness of the single itself, is what makes Garden Piano such a great song. Two from two, Roland Tings. 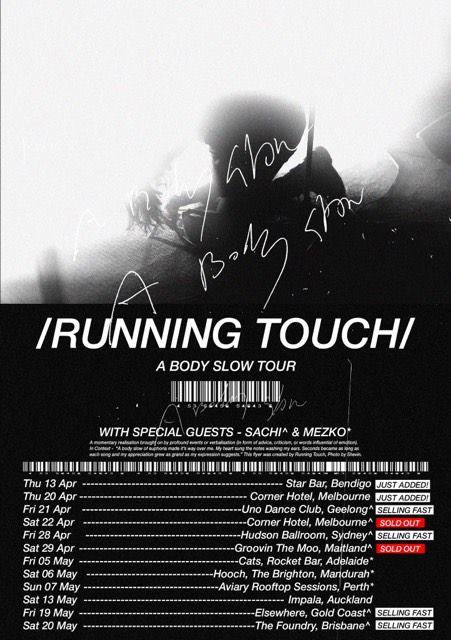 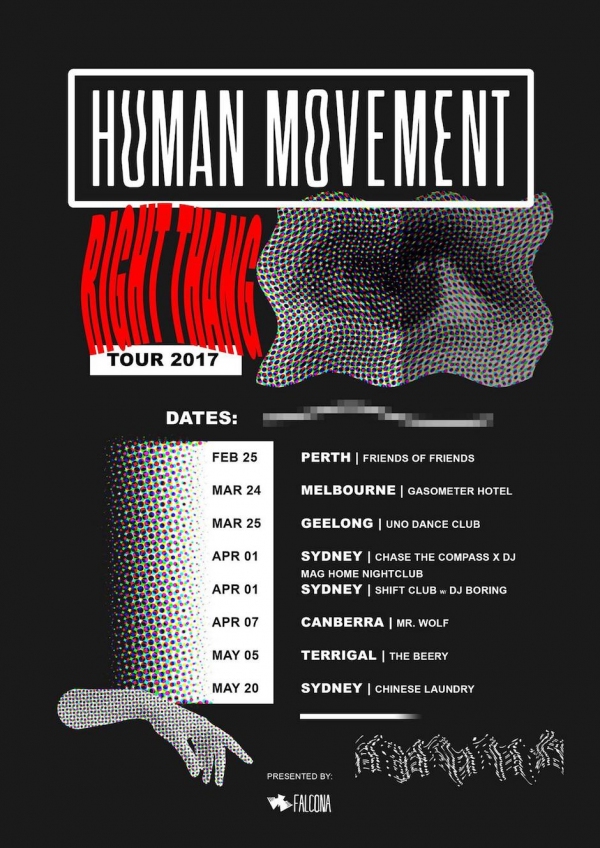 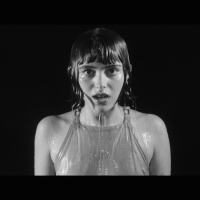 Premiere: Watch the captivating new video clip for SAATSUMA's IsolateThe Melbourne electronic outfit have a few shows on the horizon too. 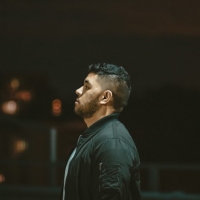 Feki gets dreamy on new single Run AwayThe Brisbane-based producer will also be touring off the back of the single, including a run of dates supporting Snakehips.
Electronic