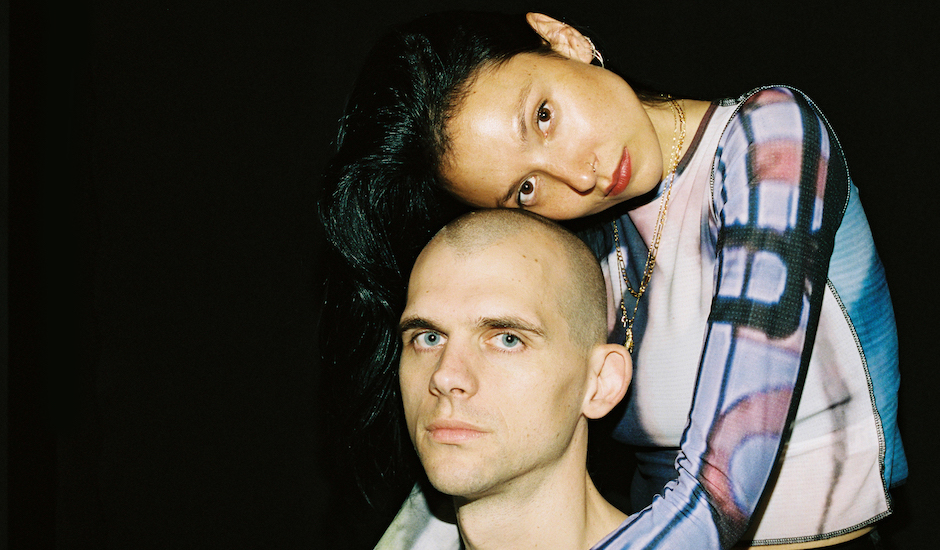 Since their swirling 2017 break-out Fix It, Melbourne-based electronica duo ALTA have consistently proved themselves amongst the country's electronic elite. On the singles since - 2017's shimmering, R&B-intertwined Sentiment , 2018's pairing of Now You Want Me and Figured Out, this year's quadruple-peat of Back On It, Twisted, Push and Started Out - they've consistently defined themselves and their sound as something outside of the pack, something that holds strong on their long-awaited debut album, Reasons.

Arriving today via Soothsayer, Reasons is a shimmering collection of tracks that showcase ALTA's close intimacy and connection to one another both in a personal and production scope, with the pairing - Hannah Lesser and Julius Dowson - conceptualising and creating the record in their bedroom over the space of ten months; something reflected within the record's conciseness and focus - it never veers too far off the track, unless they want it to.

Reasons is a record that oozes with authenticity. The backbone of the duo that has been present since Fix It's two-step garage is laden across the album's backbone regardless of what sound each individual song takes on, with Hannah and Julius using the longer album format to not waste time with what we've already heard, but instead, look forward into the many forms their music can take in the future - rushing dance music; twinkling R&B, and the list continues.

"This is the only thing we ever wanted to do,” says Hannah on the record, summarising ALTA's eventual blossoming into becoming an elite Australian electronic that actually has people demanding and requesting a full-length project; something not many musicians in the electronic space - let alone Australian - can say. “At the end of the day we’re never going to stop making music together. It’s our identity, it’s who we are. Everything we do feels like it’s getting better. And we’re getting better because it’s honestly our passion.”

There's plenty more you could say when it comes to diving within Reasons' inner-details: their ability to swerve and veer within pockets of sounds and sub-genres; their reflection of the community-build Melbourne electronic space and the plethora of top-tier musicians it's put out; and so on. It's a complex record detailed with lushness and hidden intricacy, but one that's easy on the ears - something that ALTA have become experts of across the last few years.

Dive into Reasons below with a track-by-track walkthrough from ALTA, who explore the album's inner themes and creation one song at a time.

We’re so excited to be able to talk you through our debut album Reasons! We recorded this at our home studio and only a handful of people heard it during the making of it so we are so thankful for the opportunity.

The first track on Reasons is about taking accountability of your behaviour. Sometimes we just have to take note and move forward. Take time to decide how you want to react. Do you want to revert back to old habits? Or do you want to learn and grow. Back On It acknowledges that it’s okay to fall from where we want to be but our feet will eventually find the ground again.

This is our personal favourite of the album. We often write and record at the same time and this is one of those tracks that came together naturally in the one sitting. I was feeling super lost and wrote this track as an assurance. "Lost, but will find myself again in time".

It’s about the uncontrollable pull a person can have, for better or worse. It’s a familiar paradigm and an addictive game of risk – letting go isn’t easy.

This is one of the most honest songs we’ve ever made.

I struggle with belonging both physically and mentally. Comparisons have irrefutably eaten away at chunks of my life. Being a musician is the most rewarding yet difficult careers out there. It’s emotionally volatile and things are out of your control constantly. This song is about coming to terms with all of it.

We call this our deconstructed dance track. Starting off as a multi-layered track we broke it apart deleting certain parts until it reached its simple final form. The song is about someone trying to play games but they’re rubbish at it. It’s an ode to people who think they’re pulling all the strings when they’re actually tying themselves in knots.

This is the first song we wrote for the album and was a real breakthrough moment for us personally. We were writing songs but didn’t really know what direction we wanted to go with them. This song carved out a path for our songwriting and album direction.

This song is about regaining control. It’s a bit of a curveball on the album but that’s life aye.

Anything To Hurt You

Anything To Hurt You is the first-person narrative. It’s very literal and honest. It’s written as if I’m furiously replaying something in my mind before it’s had time to sink in.

Similarly to Type, this song came together really quickly. We had just picked up this old, nearly dead tape delay which had this beautiful broken sound to it. It only lasted for one session which was the writing and recording of this song, hanging in there right until the end before carking it.

Everyone is on their own path and not everything is about you. You make your own way, nobody owes you anything. Sometimes you don’t have everything planned and that can be scary. If you can look into the unknown with patience, you’ll be laughing in the end.

It’s a song about not being afraid to hurt other people’s feelings sometimes.

It’s about moving on and letting go, we couldn’t think of a better finisher for the album. 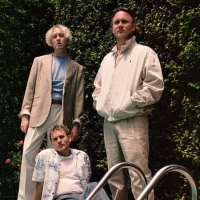 Cosmo's Midnight & Matthew Young interview each other, share collab It's LoveTheir new single is Cosmo's third for the year, and Matthew's first since his debut Fruit EP in 2018. 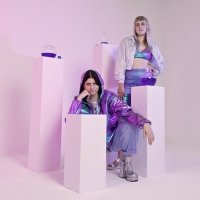