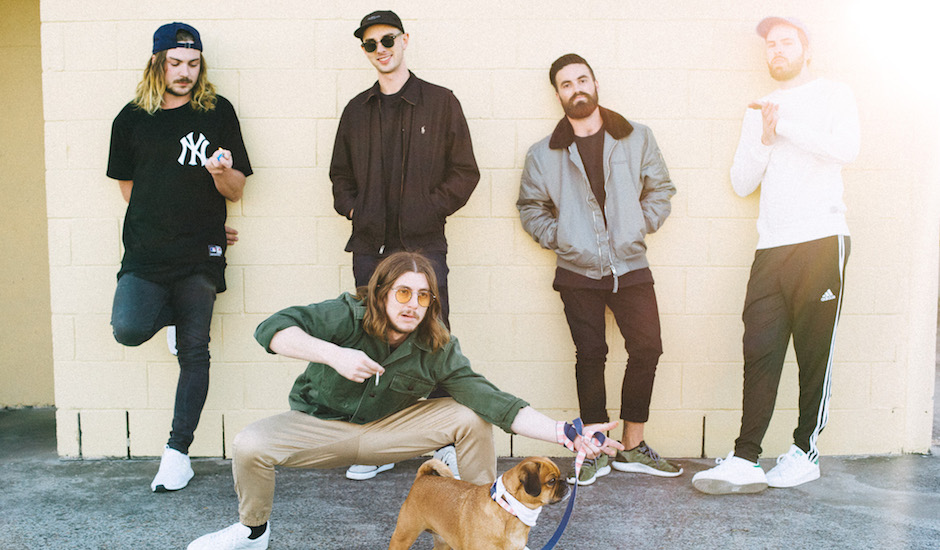 When we look back on 2017 and try to pin point some of the year's biggest breakout acts, it's going to be hard not to rank Winston Surfshirt somewhere near the top. Coming seemingly out of nowhere at the start of the year with the impossibly laid back first single Be About You, it set the tone for a huge year that featured triple j Like A Versions, sold out Australian tours, a huge Splendour In The Grass debut appearance and a debut album release. Oh, and some British bloke called Elton John loving them so much he asked to meet 'em on a trip to Australia earlier this year.

Sponge Cake is their debut album, and it's been as rapturously received as each new single that came before it. With a smooth blend of hip hop, R&B and electronica, the 16-track LP has a focus on groove that's if their popularity is anything to go by, has been missing on the Australian music scene for a while now.

Unsurprisingly, Winston Surfshirt is just as chill as the music he releases, and our brief chat on a lazy Thursday afternoon reveals while Australia's love affair with the group is relatively new, their music certainly isn't: "The whole album was done about two years ago and then we got management and cleared a bunch of samples and got rid of some songs. Some of the tracks are nearly four years old now," he relays, relaxing at home just before the national album kicked off mid-last month.

That's not to say much else has changed however. "Life's no different, it’s just finally out. It’s just a relief really... Excited that anyone’s listening to it to be honest."

In an effort to get a rise out of him I ask about the year, which to be fair has been a little different to previous ones thanks to the abovementioned accolades, and he cites just having music out there and people listening to it as a big deal. Likewise their Splendour In The Grass appearance - "our first real festival, which was crazy." And then of course there was catching up with Elton John, who played some Winston Surfshirt music on his Beats 1 Radio show, and made a pointed effort to actually meet up with them in Australia: "When he was out here he just hit up management and said he’d like to meet up. It was really surreal sitting in a hotel with him for like an hour talking about Travis Scott."

As someone who doesn't fly well, the amount of touring the band has done in 2017 has been difficult at times, but it's fitness that's the real issue, with their live shows taking on a more energetic vibe than you might expect from the album. "Some of the songs we speed up live, and we do some different things and play with other people’s songs. You’d think it would be a chilled show but it’s really not. I’m knackered by the end of it. I’m trying to get fit and I can’t even sing a song."

They're about halfway through the Sponge Cake tour, and those yet to see the group live can expect a solid run through of their new album: "There’s probably like five or six songs that we’ve never played live, and we’re pretty much doing the whole album on tour. We’re playing Cast In Stone which is like an eight-minute track."

And then after some festival appearances including Spilt Milk this weekend, Field Day, Falls Festival and Sydney City Limits, Winston Surfshirt's attention will turn seaward. "We’re definitely gonna be going to the UK and Europe early next year and hopefully get over to the US, and get some new tunes out."

Until then, you can catch 'em at the following remaining dates: 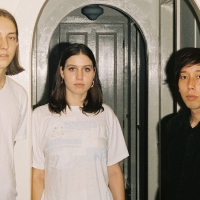 Introducing Brisbane's Sweater Curse and their ripping new single, Don't Call MeThey've got a whole heap of shows coming out to go out of 2017 in a blaze of glory. 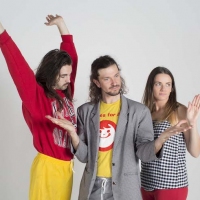 Listen to a new belter from Heaps Good Friends, I Could Eat A Packet Full Of Yo Yo'sThey've also announced the release of their debut EP, Hug Me.
Bands