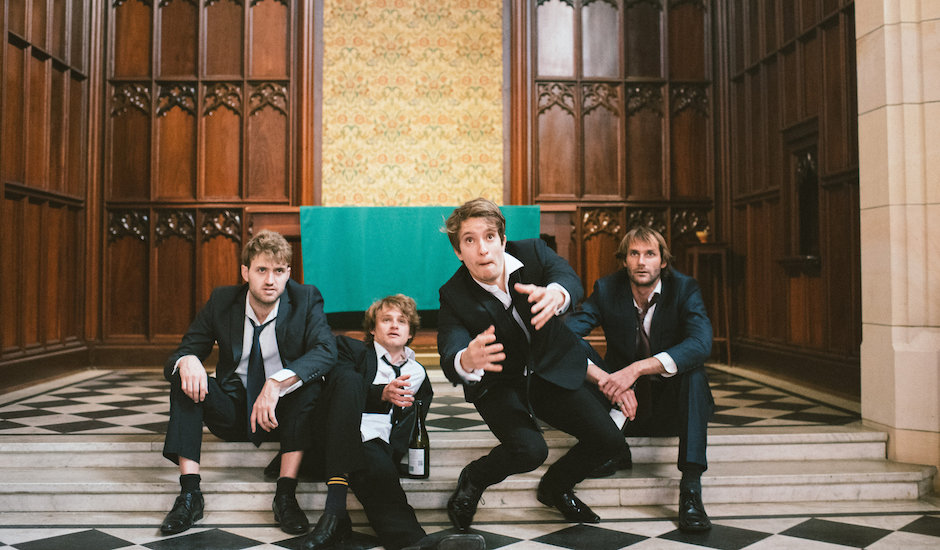 Perth four-piece Stillwater Giants have been on a roll in 2016, most recently releasing latest single Montage into the lead-up to this week's release of their debut album, Munich. Out Friday July 8, they recorded parts of it live at RADA Studios with WA stalwart Matt Gio (Birds Of Tokyo, San Cisco), giving them the opportunity write and record a bunch of new material together. It comes after four years of hard touring, playing festivals like Groovin The Moo and Southbound, along with supporting bands such as The Delta Riggs, Stonefield, The Rubens and more.

Having been following the boys since they kicked things off bac kin 2012, we're very excited today to give you a sneaky first listen to their album a few days out from release, along with a track by track about how it all came together. Take a listen below, and check right down the bottom for their WA launch party at Amplifier:

- All the tracks were recorded live to capture a raw and organic element to the sound, as well as capture the live SWG energy.

- When Kyle misbehaved, we locked him in the studio back room for reflection time.

- At least 20 songs were tested in approaching the album recording process.

- Tom used a small pink Legacy Strat he bought for $20 on some of the tracking.

- Chili noodles became a food favourite in the studio.

The initial musical and lyrical concept for this song arose from when Henry was in Europe and every single person seemed to say, “Have you been to Munich?” or “We’re going to Munich”. The lyrics developed as the band overcame some personal demons and tensions within the group. This core theme became a staple turning point for the group as they started putting the album together, hence the album title.

Henry had an original acoustic riff recorded on his phone, which was then integrated into the group as they layered parts and formed a rocky, upbeat and driving song. The lyrics were based on the concept ‘making things happen’ in life, instead of ‘waiting for them to happen’.

Tom and Henry sat down one night and pieced most of the initial musical content here. Tom had a starting guitar lick that evolved into chorus with the addition of chords. The lyrics were instigated when Henry, Angus and Kyle workshopped some ideas based around the trying to help people who won’t help themselves.

Henry had a riff that was later supported by chords and psychedelic harmonies. After Kyle, Henry and Angus jammed on the track and Tom later added guitar hooks, the song morphed into a ‘secret agent’ feel. This inspired a similar flavour in the lyrics. Kyle practiced a lot of Kung Foo whilst in the studio tracking this one.

Track that Henry had written a few years back. After trialling it under many different ways, the group brought it to life by keeping it simple and the feel-good lyrics arose from Henry expressing feelings on having a friend or lover that has your back no matter what.

Originated from Tom having some guitar licks and chords. Based around a soaring guitar melody, the other guys wrapped their parts around this. The boys all workshopped lyrics based around Tom’s concept of a girl that is now on the other side of the world.

Henry wanted to write a song about the everyday life of his suburban street and the interesting people and animals that reside in and around it.

Montage is an older track that Henry had stored since the band never pursued it years ago. After scrubbing the dust off and re-workshopping, the group bumped up the speed to churn it into a lead album single. The group spent the least amount of time analysing this track in the studio. The vocal ‘ooo’s’ were one of the last things tracked on the whole album.

Montage reflects on the memories and distractions of relationships and how everyday life seems to remind you of the good and the bad times.

A cheeky riff Henry had recorded on his phone before presenting to the group. The lyrics were developed from Henry’s initial concept of observing people who ‘talk shit’ and the realisation that everyone does it themselves to an extent.

Kyle brought in the first main riff and Tom added guitar riffs over the top. The boys experimented with percussive elements and unusual guitar effects to give a stripped back feel.

Originally started when Angus, Kyle and Henry were jamming around to an almost ‘DZ Deathray’s on keyboards’ vibe. Once the song matured and Tom added some guitar hooks, the song developed into a melodic rock song that comments in people who portray themselves as someone they are not. 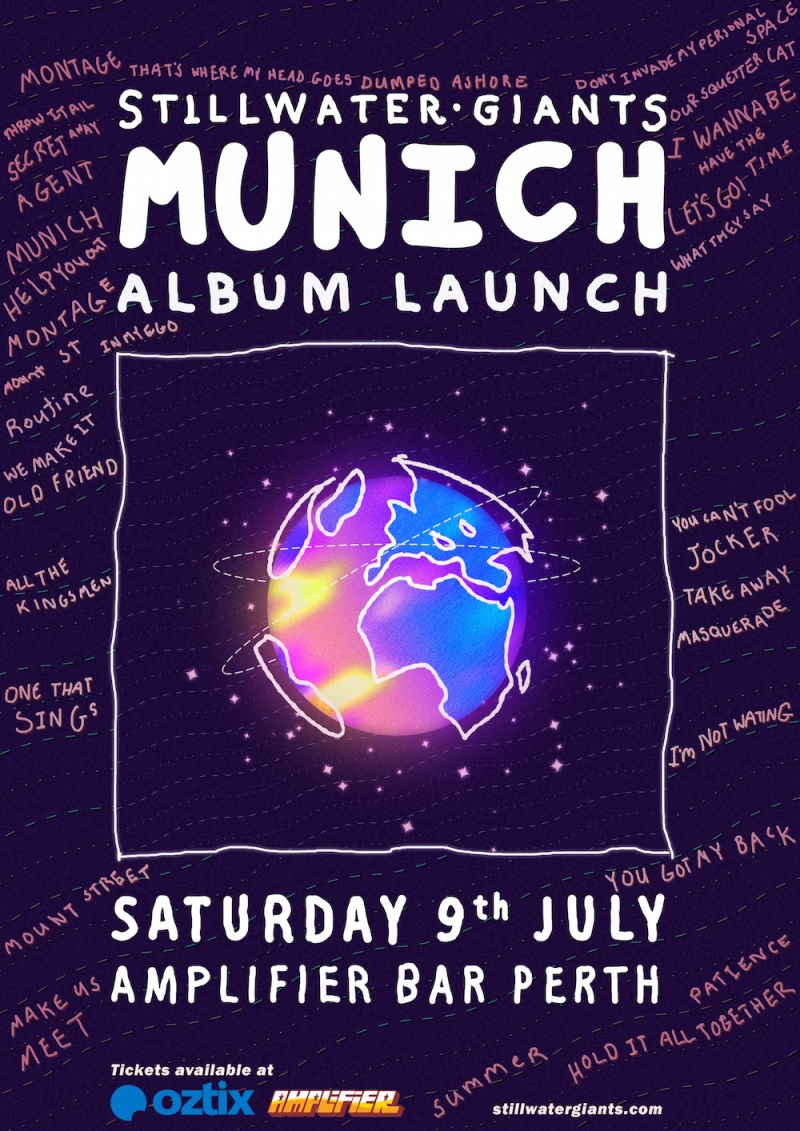 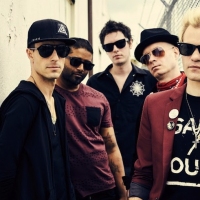 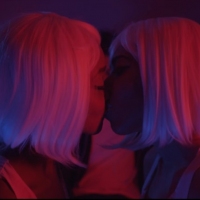