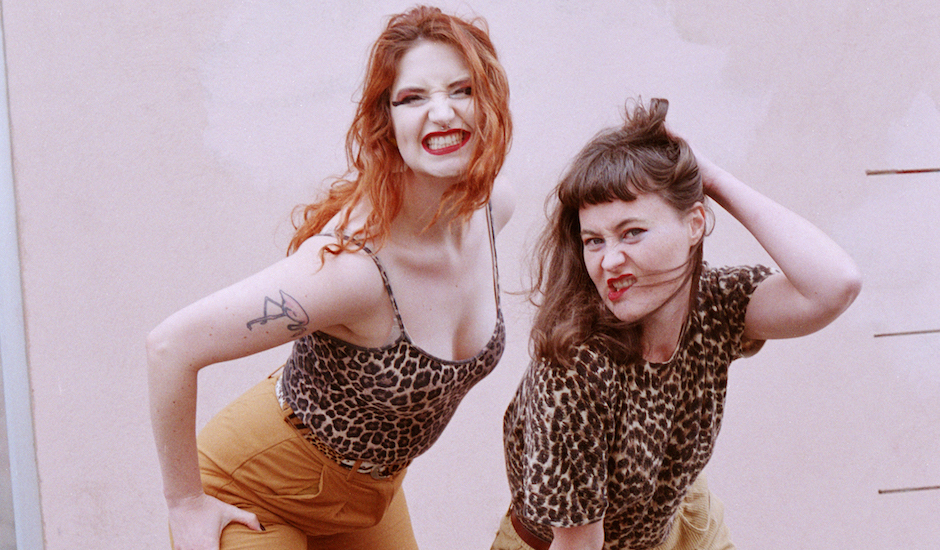 Fresh - or perhaps a little dusty - off closing out Meredith Music Festival towards the end of last year, Melbourne punkers Shrimpwitch are on the verge of releasing their debut album, Gave Me The Itch. The lo-fi, raucous and at all times energetic collection of 10 tracks officially drops on cassette and digitally on January 9 via the good peeps at Psychic Hysteria, but we're stoked to offer you a little sneak peek a day early. As an added bonus, Kim Prawn and Georgie Goonsack conducted a rad little interview between each other, which offers some insight into the strong bond they share, their creative process, and penchant for a bloody good time in the live arena.

Take a listen (just hover over the embed and click anywhere to get it started) and read below, and help them celebrate this most joyous of occasions at their album launch party, Saturday 19 January at The Tote, with support from Race Rage, Callan, Porpoise Spit, Dark Water, Way Shit, Affection and Packaged Goods (more info HERE). 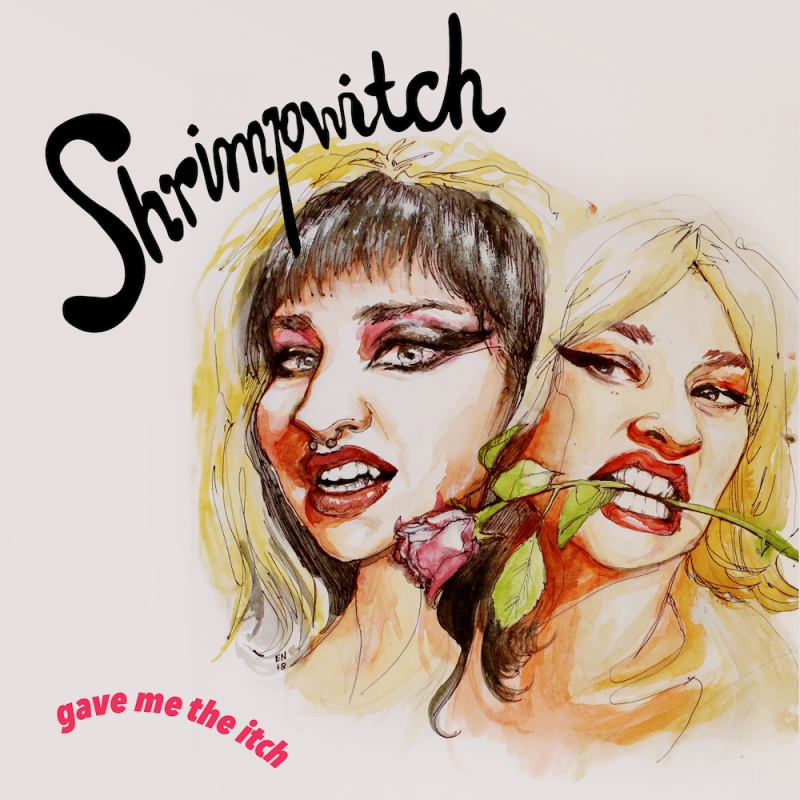 GG: I am great because all my wildest and wily-est dreams came true.

KP: Great! Woah, we’re just about to launch our debut album. Can you believe it?

GG: I can’t believe it’s being released, the same way that I can’t believe the sky is blue. We worked really hard, Kim, how could we not notice it happen? Making an album is a very arduous process that involves spending lots of time together and it’s great.

KP: Coincidentally, I have a few questions for you. Tell me, why is the album called Gave Me The Itch?

KP: It’s not really alliteration though..

GG: I know, but did I get your goat, did I give you the itch…? Hur hur. “Gave me the itch” is a line from our song Green Potato. We talk about things that makes us mad, such as “unfair crime”. It’s just a really important piece of commentary in our current political landscape...

KP: What else gets your goat?

GG: The green potato part in the song is basically a comment on the food wastage from capitalist, ruthless, major supermarket corporations who are replacing Gen Z’s first job opportunity with machines and completely and utterly -- single-handedly -- destroying our economy!

KP: Wow, I didn’t actually know that was the message behind the song…

GG: Neither did I, until just now [sips coffee from a plastic cup].

KP: Making music with you, George, is a real thrill. You probably get this a lot, but, you’re one of the strangest and funniest people I’ve ever met. I’ve watched you spontaneously sit down with a pen and paper and just spout multiple fully-formed songs in a row. What do you find satisfying about writing lyrics?

GG: The excitement of using beautiful sentences to express these tricky feelings. It’s satisfying to give my wacky brain a formulated outlet -- which works every time! People like my songs which affirms my attachment to reality.

KP: And what about performing -- would you say have you always been a natural performer?

GG: I had a lead role in grade six in a play at school (I didn’t technically get the lead role -- but i had more lines than everyone else, so I appointed myself the star of the show). So yes, I have always wanted to perform. But I love performing with you the best. We’re both stars. And we shine like stars in the sky in the middle of the day. So shiny. wait, that’s the sun.

KP: What has been your favourite ever Shrimpwitch performance moment?

GG: Countless experiences. Some top faves: When we dressed as Kath & Kim at a friends’ house party in Thornbury. And, Meredith… as per my first statement in the interview, one of my wildest dreams came true.

KP: What did performing at Meredith feel like for you?

GG: I was nervous throughout the week and then I remember stepping on to that stage and sashaying my way across the floor because I knew that I am meant to be performing in front of thousands and thousands of people and seeing people dance and put their shoes in the air made me wanna play my best and make everyone laugh and have a good time with their friends. That’s the best part of performing -- sharing things.

GG: So Kim, how do you feel finally recording an album.

KP: It’s been a long time coming, I suppose. But it seems like not so long ago we were tiny baby shrimps in a shed in Brunswick trying to learn Cramps songs and make a racket. Over these past few years, it’s been a joy, George, to play heaps of shows and have a wild time together. So the album is a culmination of all the adventures we’ve had.

GG: Tell us about the song Shrimping.

KP: We do work hard, but sometimes we know it’s best to just let things happen -- keep things fast and loose. Shrimping, the last song on the album, is one we recorded spontaneously because we were on a roll and just had some more weird noises to get out of our system. That really just sums Shrimpwitch up.

GG: That sounds really healthy. You’ve been excellent Kim. Congratulations on the album.

KP: Lastly, why should everyone come to our launch?

GG: We have heaps of really unique songwriters and performers that are great and awesome. And, it’s our launch! The big one! After that, we’ll be taking a little break.. So you don’t know when you’ll see us next [makes spooky ghost noises]. 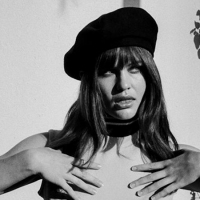 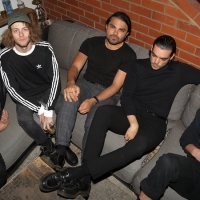