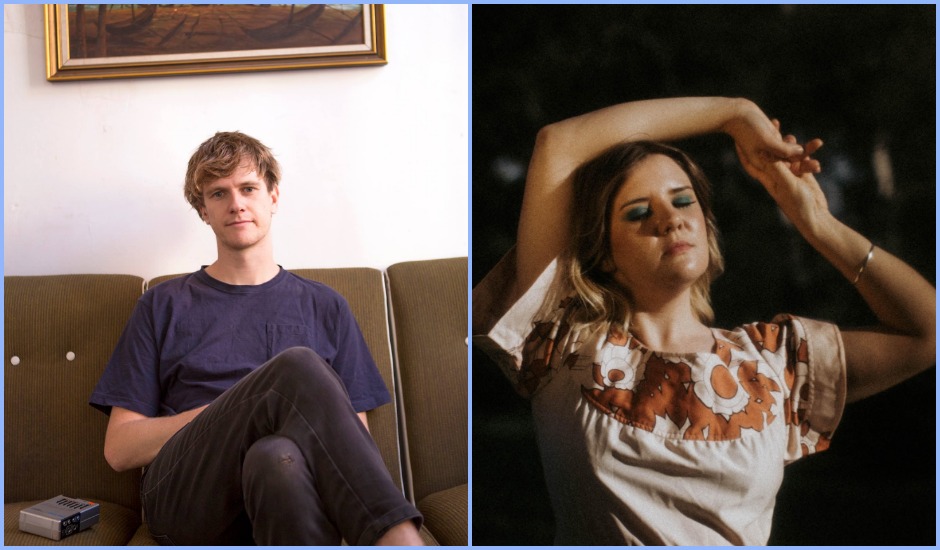 Over the last few weeks, there's a strong chance you've seen the name Poppongene emerge onto your social media timelines and streaming playlists. The Melbourne-based artist - real name Sophie Treloar - has long captured the emotively potent spirit of the local indie-pop scene with her spiralling work, but earlier this month (on July 3rd) she officially shared her debut EP in Futures Unsure. It's a collection of tracks that encapsulate her musical beauty and grace, and how she's able to master the perfect aural accompaniment to the highs and lows of your life; a parallel being made between the ebbs and flows of the EP's changing sounds, and how the release juxtaposes the dark emotions of a break-up with the sense of bright-lit hope that often swirls underneath.

Today, we're stoked to welcome two bits of news from Poppongene camp, who after capturing the attention of many in the last few weeks, is going even further with the release of a Futures Unsure remix EP. Featuring a collection of close friends and contemporaries plucked from Poppongene's circle, the remix EP is bound to highlight the depths of Melbourne's rich music tapestry and the immense, often-overlooked talent that sits among it, from names we've spoken about in the past - Good Morning, Dianas - to a few emerging faces bound to be amongst the next-ups.

It all commences with the premiere of the EP's first remix, by Sunbeam Sound Machine, premiering on Pilerats today ahead of its greater release tomorrow. The remix - coming from someone we've really come to love in the last year or so - brings out the underpinning beauty of I Can't Be What You Need, which despite its quite gloomy and reflective song title, is transformed into a blissful four-minutes by Sunbeam Sound Machine, who really emphasises the colourful melodies and Poppongene's soft vocals that are by far one of the most capturing things of the original record.

The remix - as both parties explain - comes from a place of mutual admiration (Poppongene seemingly plays in Sunbeam Sound Machine's live band, as a tidy little fact), which seems to be the defining point between the original musician and all the collaborators spread across the remix EP. "Nick asked me if he could do a remix of I Can’t Be What You Need after the first time hearing Pops play it live," she says on the remix. "And after playing in Sunbeam with Nick for the past seven years, I was quite interested to see what he’d make my music into! The result is a fun/absurd Poppongene X Moby X Sunbeam X Janet sandwich. And I love it. Eat it up!"

As Sunbeam Sound Machine deeper explains, he really wanted to explore this link to Janet Jackson that Poppengene picks up: "I wanted to make this remix from the first time I heard Poppongene play the song live. That hook got stuck in my head but the song wasn’t recorded yet so I couldn’t listen to it. Instead, the hook kept repeating and I made up some other stuff to go around it. Once it was recorded Soph was kind enough to indulge me and let me have a tinker with her lovely song. It was inspired by some ambient stuff from the ‘90s I’d been listening to, as well as Janet Jackson’s 2001 smash hit All For You."

The links to Janet Jackson and Moby aren't too far-fetched when finding comparatives for the remix, but you can see so for yourself below, and stay tuned for the release of the Futures Unsure remix EP out September 4th via Our Golden Friend. Take a dive into the original record here. 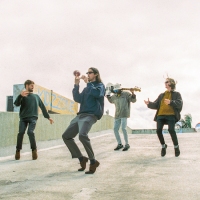 Premiere: Go Dog Go introduce themselves with a cover of Joy Division's IsolationThe Melbourne-based four-piece push forwards their genre-bending sound with an excellent cover of a Joy Division cult-classic. 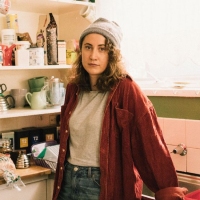 Premiere: Meet Hope Wilkins, who makes a stirring return with Fly For MeThe guitar-backed, ballad-adjacent single is her third for the year so far, and comes as the Canberra musician continues to introduce herself.
Bands