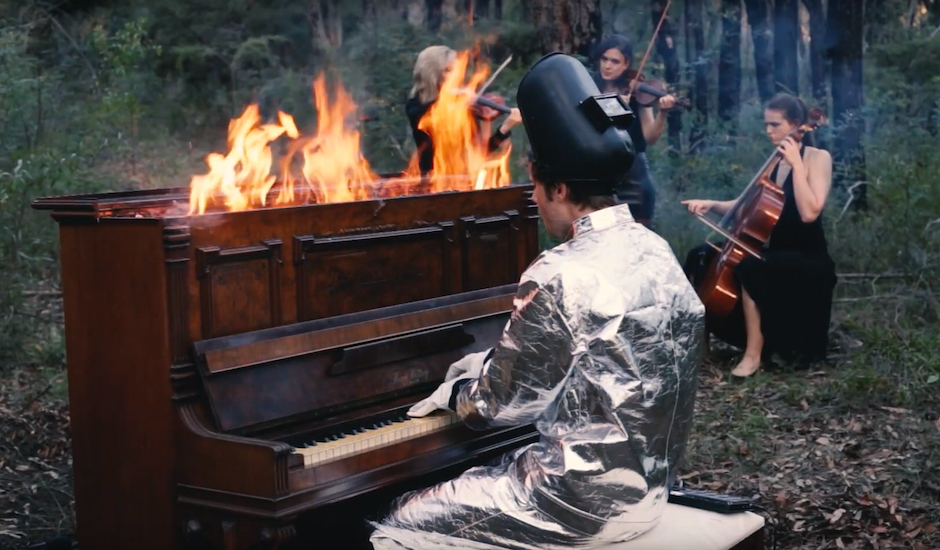 We've seen our fair share of cooked videos over the years, but when we mean cooked, we mean videos that are wacky or out-there or really pushing the boundaries of creativity; not being literally cooked. Sydney musician Pluto Jonze, on the other hand, has alternate plans. Over the last few years, the Sydney-based musician has stepped forward as one of our indie-pop scene's most forward-thinking and the results of which have often come up with gold, just look at his single names for examples - Plastic Bag In A Hurricane, Hispedangongonajelanguiro (capiche?) and so on. Now, however, Jonze is really pushing it to the next level, performing on a literal burning piano in the clip for his new single, I'll Try Anything.

Shot out in New South Wales' Blue Mountains, the video clip features a very chill-looking string quartet playing alongside Jonze, who strips back the single to its roots as he performs it on a piano lit with fire; breaking down and distorting as the song draws longer until, in its final moments, Jonze walks away from blackened keys and crackling carcass of a former piano. It's strange and not really something we'd recommend to any old musician trying to get their name out there, but it's somewhat captivating watching him perform amongst the fire whips and crackles, which Jonze explains was a purposeful move to further deepen the song's beauty. "I wanted to mic it so you could hear the piano warts and all, a physical thing really working against this psych/heartbreak synthy/awe-inspiring backdrop," he says.

It's a really brilliant clip, and with its arrival proceeding shows in the UK in support of the single, we can see it going quite far. Check it out in all its burning glory below: 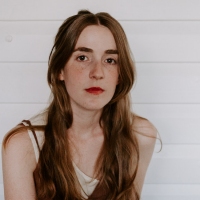 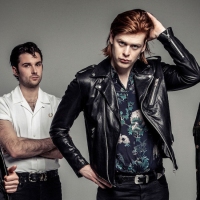