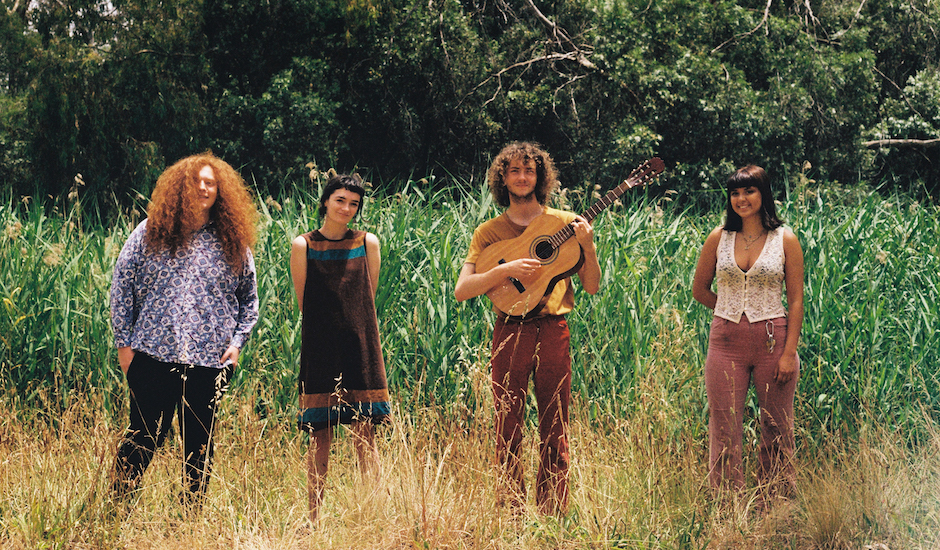 If you're keeping a close eye on the next generation of Melbourne's indie-pop world, chances are Sunfruits are already a group that have popped up on your radars here or there. Since forming at the tail-end of 2018, the last two years or so have seen the group consistently evolve and further themselves, both in recordings - thanks to a split 7" EP with Noodle House to kick things off, and everything else since then - right through to the live stage, where they've supported groups such as Crywank and Gabriella Cohen amongst headline shows of their own.

However, in 2020 - despite everything the year has thrown them - Sunfruits are continuing to look forward, jumping at the opportunity to make the year their break-out moment amidst the chaos of what's been going down. Back in February, the group put this plan into motion by sharing their debut EP Certified Organic, a collection of six tracks that really showcased the group's many sides, and how they're able to take this indie-pop-rock-esque core and merge it with flutterings of disco and funk to capture this sense of nostalgia and bring it forward. Then, before live shows were all but canned for the rest of the year, they managed to sell out an east coast run off the back of the EP, further amplifying their well-recognised live show to a larger audience.

Although they haven't been able to tour since then, the group have kept focused and continued to look forward. Today, we're premiering the first track to come since their debut EP back at the start of the year, with Mushroom Kingdom being an evolution of their sound, rather than just an extension of what they've shown us in the past. It's a slick three-minutes that kind of feel like a revitalised Beach Boys, with jangly, wind-swept guitar melodies and pacing vocals moving amongst horns and percussion that at their peak, really give the song this funk-adjacent edge.

Throw in a few hand claps and spoken word number, and Mushroom Kingdom becomes quite the journey, representative of a group that want nothing but good times on the horizons - in the least cliché way possible. "We love danceable music in all its forms but particularly in a live band context," the group say on the song. "This song is our attempt at playing dance music whilst still keeping it within the Sunfruits realm." They certainly give it a fair whack, and the end result is really something deserving of your attention.

Take a dive into the single below as it premieres on Pilerats ahead of its release tomorrow, and better introduce yourself to the group underneath - there's plenty more to come as Sunfruits align themselves as one of 2020's most exciting new acts. In the meantime, their new 7" record on Thursday via their Bandcamp.

We wanna make music that is fun and exciting to listen to whilst also using our platform to amplify issues surrounding environmentalism, social justice and cultural diversity and advocate for positive change in any way we can.

Our sound is influenced by other Australian psychedelic purveyors like Nice Biscuit, Parsnip and Bananagun with some Khruangbin dance mentality as well. Big Bell Bottom Energy! We play danceable psychedelia that weaves in and out of focus, with lyrical themes discussing topics such as environmental collapse, social uprising and willingness to challenge your preconceived / potentially outdated view on the world. We have a relaxed approach to writing and performing, and have a lot of fun doing it all.

We’re all fans of 60s sounds and colours, without the oppressive mindsets and sexism/racism that was rife within that period. Old sounds, new message!

Winnie will usually have an idea that he brings to the band and then we all work on it together to bring it into fruition. The writing process for Sunfruits is a collaborative one and any ideas or suggestions are welcome, the more input and different perspectives you have the better! just like in life. We record/produce all our music at our drummer Gene’s house, which is great in the way that it allows as many takes and rearrangements as you like but can be limiting in terms of textures and new sounds.

Can you tell us about your new single, Mushroom Kingdom?

Mushroom Kingdom is our take on disco and all things psychedelia. We love danceable music in all its forms but particularly in a live band context. This song is our attempt at playing dance music whilst still keeping it within the Sunfruits realm. We had some great percussion moments as a band and our friend Zoë Fox added some mushroom-inspired spoken word to the track. The song is about opening up your mind for deeper connections to the natural world around you, a reminder to take a dip into the sunshine every once in a while.

Enter the Mushroom Kingdom and Enjoy.

We are releasing another new song in September to coincide with the 7” release which we can hopefully tour later in the year as well as a couple of special collabs in the works (hush hush). We’ll continue working on our debut album and dancing when we can.

For this release, We want people to find positives and reasons to get up and dance despite the bleak world we live in today. All this negativity and darkness is also filled with many great positive change initiatives that are seeing more and more support by the day. Artists and creative people are still doing their thing more than ever, educate yourself on the important issues but keep your head up and make time for music and self care everyday.

All the usual online zoness, physical records can be found on Third Eye Stimuli Records webstore for AUS/NZ customers and Six Tonnes De Chair Records store for EU customers. There’s a few Certified Organic EPs and 7”s floating around some record stores across Australia as well as some in Rough Trade East in the UK. Stay Tuned for the new 7” preorder announce :0 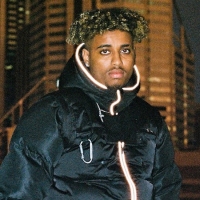 Premiere: Perth rapper Yourboymars aims high with new single / video, Built For ThisThe track - the rapper's third of the year - continues to introduce the rising name and amplify what he stands for. 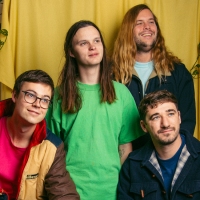 Premiere: Pot Plant House Party tease their new EP with new single / video, FranceArriving with an official video clip filmed at Rosemount Bowls, the track firmly places itself in the more punk-y side of the Perth band's sound.
Bands