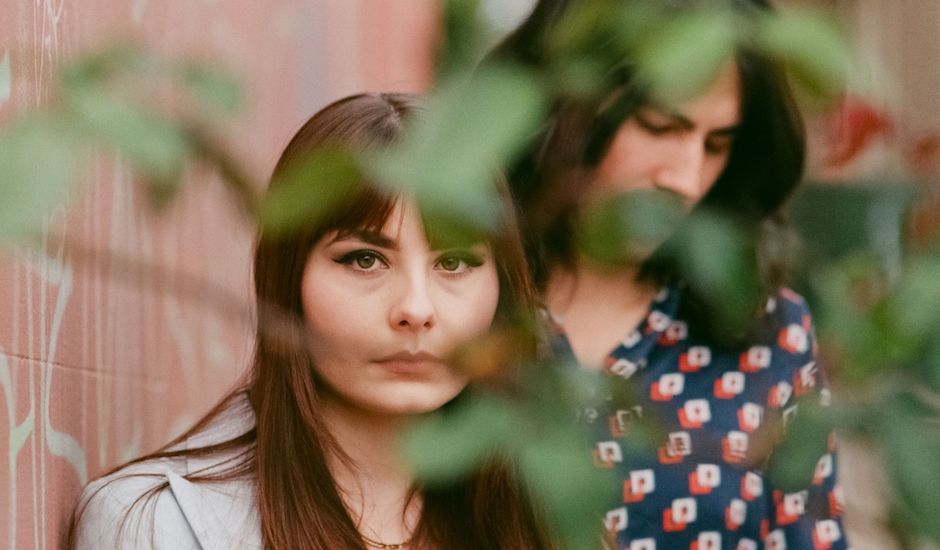 At the tail-end of last year, Salarymen - the Sydney-based indie duo composed of Renee de la Motte and Thomas Eagleton - began to make a splash with their debut single, Please. Looking back, it wasn't too hard to understand why their debut was one that placed them as an upcoming act-to-watch of the year ahead, taking the subtle indie-pop worlds of Angel Olsen and Julia Jacklin but then combining it with something that brought the gripping anthemic qualities of classic, guitar-driven indie-rock à la the Arctic Monkeys and The Strokes, standing tall in their own lane as they go.

Skip forward a few months, and Salarymen's status as a break-out act of 2020 feels only more clear. Today, we're stoked to say that they've made it two-for-two as we premiere their second single That Man, which officially arrives this week alongside a pair of shows for this March and April in Sydney - one to launch the single this April, and the other supporting Hayley Mary on her national tour run in March; both shows which are bound to place Salarymen as an exciting addition to the national live music world who soon, may be one of those acts that are seemingly everywhere.

That Man is a single that emphasises those previous comparatives to Julia Jacklin and Angel Olsen, with a strong vocal stunning from the get-go as Renee de la Motte floats amongst the track's electronic-adjacent rises and falls; her lyricism potent as she sings about observing abusive relationships and the complexities associated with it: "I wanted the vocals to reflect the frustration of watching someone close to you become so manipulated, that they start to excuse unacceptable things," she says.

Potentially as a result of the single's dark lyrical theme, the track moves with a heavy pulse that feels a touch on the moodier side in comparison to their break-out debut, but the lyrics' silver linings ensure that a sliver of optimism remain to keep the track feeling hopeful and bright when it needs to be; the emotive vocals seemingly controlling the track's windy duration. "The lyrics follow them through their slow and tumultuous break-up, as it starts to affect their relationships and eat away at their confidence," she explains. "However, the song is also about them experiencing newfound freedom and starting much healthier relationships, so the lyrics come full circle in the end."

There's plenty to love here, and being Salarymen's second track, we're sure there's plenty more to come. In the meantime, however, dive into That Man below and better introduce yourself to Salarymen while you're at it:

We’re Salarymen (often misheard as Celery Man) - a two-piece band from Sydney made up of Renee de la Motte and Thom Eagleton.

Indie-rock that blends modern and vintage soundscapes together. The influences that come out in our music include everything from The Strokes and Arcade Fire, to The Beatles to Beach House!

Our writing process is generally collaborative and we like to constantly bounce ideas off each other. We have a massive DIY focus with our recording and production. We record in our home studio in Marrickville and then Thom self-produces the tracks. The DIY approach is super time consuming, but rewarding to craft something yourself.

Can you tell us about your new single, That Man?

That Man was written for a close friend of ours who was trying to get out of an abusive relationship. It’s partly a reflection on her awful experience, and also a celebration of her newfound freedom. We were really trying to channel some Angel Olsen vibes in this song. It’s a bit serious at times, but also very triumphant.

Yes! We’re supporting Hayley Mary at the Lansdowne for her EP Launch on Sat 20th March and we also have the single launch for That Man on Sat April 18th April at Vic on the Park.

2020 is going to be a big one for Salarymen! We’re gonna keep on releasing new music and we’re working towards an EP by the end of the year. We’re also heading to Europe in May/June and will be playing shows in London while we’re there, YAY!

Jump on Spotify and give us a follow! That’s the best place to hear our new music. 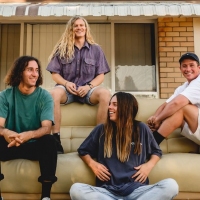 Premiere: Great Gable go from strength to strength, drop clip for All My FriendsThe WA four-piece are quickly blossoming into one of the country's up-next acts, with a tour planned through the Autumn. 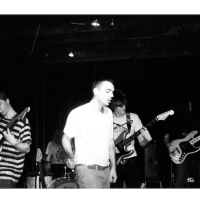