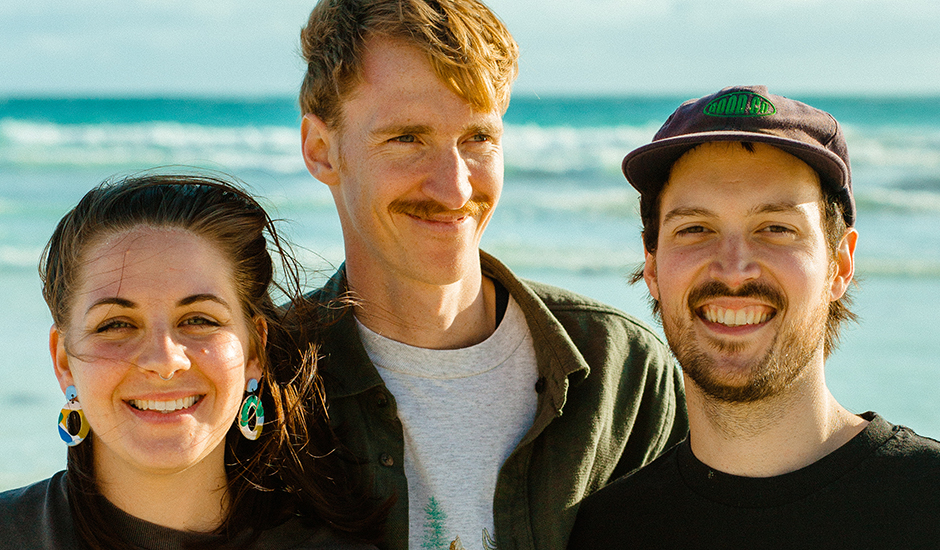 Over the last two years, we've consistently referred to Perth-based trio Ghost Care as an act of the next generation; a trio whose jangly indie-pop and unstoppable charm will take them a damn long way in the future, with plenty on the horizon. However, as the band have gone from strength to strength over the last few months, it's become clear that Ghost Care aren't so much a hallmark act of West Australian music's tomorrow as they are one of today, already reaching the heights we've long predicted for their bright future ahead.

It's something that's become abundantly evident over the last few months, as Ghost Care reach new heights with everything they do. Their two singles of the year thus far - Kevin Garnett and Only Friend - show two of their different sounds, from the riff-y madness of the March-released former to the more intimate and subtle take on indie-pop that defines the second song, released back in June. Then, there's their growing presence on the live stage, whether it be alongside acts like Spacey Jane and PROJECT BEXX or in their own right, selling out headline shows here, there and everywhere.

Today, however, we're infinitely proud to unveil what feels like the beginning of Ghost Care's next chapter, as simultaneously prove their presence in the present yet set their sights on the future with their whopping ten-track second EP, I'm So Sick Of Being So Happy. Premiering on Pilerats today ahead of its official release tomorrow (October 13), I'm So Sick Of Being So Happy is a twisted journey through Ghost Care's brilliance and the varying indie-pop textures they showcase that through; each sound conjoined by the personality and charm that builds between their three members.

There are songs like Kevin Garnett, which contrast the feeling of working in a job you dislike amongst one of the year's most ear-worming guitar riffs. Then, there are songs like Slo and Only Friend, which capture Ghost Care explore different sounds, ones that reflect the intimacy that shows through the lyrical themes, and the richness that stirs amongst the vocals. It's an EP that showcases the many facets of Ghost Care as a multi-dimensional band, and after years of showing that through their live show and songs here and there, it's nice now having an EP that brings it all together in a concise, ten-track offering.

That's perhaps where I'm So Sick Of Being So Happy's greatest achievement lies; in its ability to encapsulate everything Ghost Care offer as such a brilliant, newcoming act to West Australia's music space. It's an EP that really highlights the connection between the band's three members - vocalist/guitarist Beau Torrance, drummer Luke Del Fante and bassist/vocalist Tanaya Harper - and the energy that blossoms through the work they do alongside each other. You can see it at any of their live shows, and now you can hear it in I'm So Sick Of Being So Happy too.

Although with all that said, I'm So Sick Of Being So Happy isn't Ghost Care's only arrival today. Today, we're also stoked to be premiering the official video for its central single Shelley Park, directed by Cedric Tang. Oh, and there's also a track-by-track walkthrough of the EP, detailing the record's themes and creation one song at a time. October is the month of Ghost Care and now's the time to celebrate, so take a dive into it all below, and relish in one of Perth's most brilliant acts of today:

This one was a slow burn for us. Initially, we recorded a voice memo of the idea at a rehearsal and then it was on the back burner for a long time. It wasn’t until we had some extra time in the studio that we decided to flesh out the song with Dave Parkin. The concept is loosely based on us (Beau and Luke) being dependent on each other to be social at parties, but from there it developed more into the theme of vulnerability and dependence. We eventually finished the song all together in a hotel room in Margaret River after a show and now it’s become our favourite!

IDKY started when I was imagining seeing a friend that I used to be really close with but haven’t seen in a long time. I’m sure we all have moments like this. Hindsight is a funny thing, and now looking back I can see that some relationships were never really healthy. This song was my process of admitting that and dealing with it.

We put this song together fairly quickly over one jam and recorded it at the same time. After I brought the initial riff as well as the chorus we had it finished within about an hour and it hasn’t really left our set since.

State of Mind came about when, out of boredom, I (Beau) put a drum loop and started playing along. The chorus melody came to me really quickly and it was roughly finished within the hour, even the lyrics. I never imagined it would become a band song, but early in 2019 we started to play it together and it really took on a different life of its own and helped shape our new live sound. The song meaning is all based around the lead lyric, “Heartbreak, you’re a state of mind, and I don’t have the time.” -  It’s about the limbo feeling you’re in just before the emotional impact drops of something that has just happened. Sometimes when you’re busy and focused it can help to make that limbo more bearable.

The drum sound is an interesting one. We needed the more rocky sound for the ending but felt the first half of the song needed to be toned down a notch. Luke and Dave (producer) spent a while testing out a bunch of different drum sounds, which also includes using the biggest kick drum we’ve ever seen, and we used this for Shelley Park too - that’s where that really big, resonating sound comes from in the kick.

Oxygen is about a friend who was going through a really tough time and pushing me away in the process. This song was inspired from the moment we finally got together, and they told me what was really going on. I realised the impact you can have on someone’s life when you’re just there for them even if it hurts or it’s inconvenient.

Oxygen has always been pretty important to us - it was one of the first songs we finished when Ghost Care formed as a duo and we played it all the time. It was probably the only other song that we had at the same time we recorded the first EP that never went on it. It was always going to be the first single for this EP too, we thought it deserved to be the introduction since it seemed to gain a lot of ground crowd-wise too.

A moment of sheer chance in the studio! I was doing a take for Oxygen on the acoustic guitar and thought that the track had stopped rolling. He started playing it back and we couldn’t let go of it, so it ended up making it onto the EP and being the first interlude we made. It’s thirty seconds of a condenser mic, acoustic guitar and a space echo. Just so happens to be a great transition to Kevin Garnett.

One of our funnest and most unexpected tracks. It came about at the end of 2019 just before a bunch of fairly important gigs came up. It was while at Tanaya’s, and it was one of those times when you’re rehearsing and a riff almost appears out of thin air. We were playing that same riff over and over for about twenty minutes until we remembered the reason why we’d actually come together, to rehearse… Pretty soon after that, we decided to flesh it out.

The lyrics were the most difficult part, taking me up until we recorded it to have them finished. But when it was finally finished, I was writing about the conflict of having a job that you dread going to every day when all you can think about is the pursuit of doing what you love.

Luke pleaded for a drum solo, so we gave him one.

Not really, but we loved the idea of a disjointed drum part before Shelley Park.

Shelley Park is a song that has caused much division in the band. I’ve left it off many set lists just because it felt so unfinished for so long. It took a really long time to perfect and had several different versions over the years. It was written in mid-2018 and was another really early song we wrote as a three-piece altogether.

This song is really the premise of the EP in terms of theme. I was thinking a lot about that idea of being content in what you do, whether it’s in music or not, and how there’s a constant feeling that you need to keep moving forward and keep growing, but also a want to be happy with where you’re at.

Slo was written when I was playing a solo gig for the first time in a really long time. To me, it seems to be when I get most creative songwriting wise.

I ended up writing this song the day of the performance in about twenty minutes and playing it that night. This song, similar to State of Mind, I never saw it as a band song but we were asked to play a few shows down south and had to come up with an hour (which was a lot for us at that time). We even had to include a few back-catalogue songs that have never been heard again, but this song just hit us all in the right spot, it’s different without losing the energy we have in a lot of our songs.

It’s super emotional and a really personal song to me. I think that for a lot of artists songwriting is a form of therapy, and I guess this song to me is no exception. 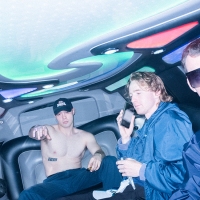 EP Walkthrough: Shady Nasty guide us through the havoc of their CLUBSMOKE EPThe Sydney experimentalists push their sound to the edge on their second EP, and solidify their presence in the process of doing so. 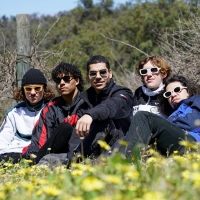 Meet South Summit, the Perth newcomers making heartfelt, yet invigorating indie-rockThe five-piece have already emerged as a favourite of Perth's music scene, but a new single has them on the cusp of something bigger.
Bands