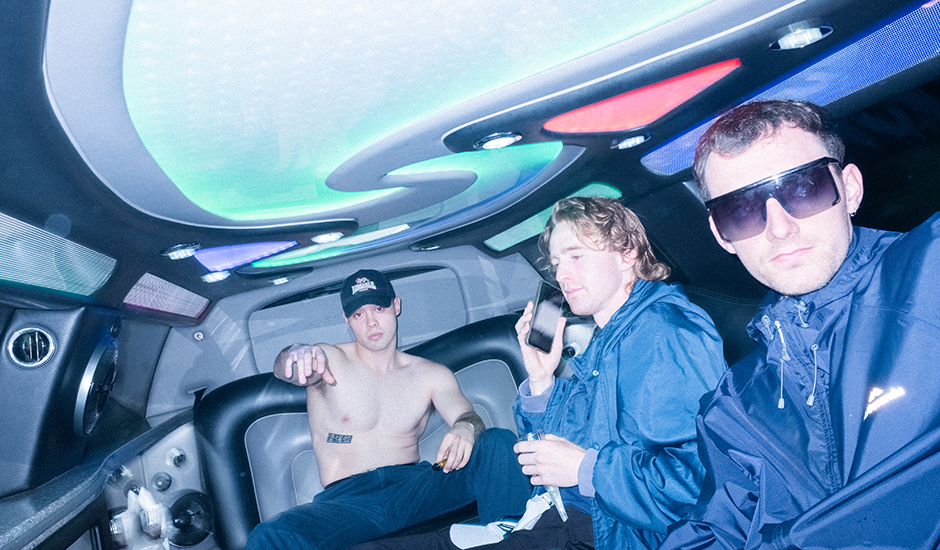 When people say there's no band quite like Shady Nasty in Australia, it's not some hyperbole or over-exaggeration. Over the last three/four years, the Sydney-based trio have forged themselves a title as one of Australia's most experimental and cutting-edge outfits, a group consistently pushing the boundaries of their work and their sound through the combination of genres and textures that otherwise wouldn't sit alongside one another - that is, they wouldn't if it wasn't for the forward-thinking prowess of Shady Nasty.

It's something that was emphasised on their four-track debut EP Bad Posture last year, which brought together the rush of punk and alternative hip-hop with mannerisms plucked from jazz, indie, electronica and beyond; Bad Posture being an introduction to Shady Nasty and the chaotic havoc they bring through their work - especially when it's pushed to its absolute limits. It's weird and uncomfortable in the best of ways, striking in its eclecticness and the way Shady Nasty are able to break down conventions as they go - there's a lot to be excited about.

Now, they emerge on the other side of Bad Posture a little more sure of themselves and their sound (or lack thereof), and it's something that's seemingly represented in their second EP CLUBSMOKE, arriving today via [PIAS] Australia. It's another four-track display of Shady Nasty's craft and the intensity it can bring when pushed to the max, showcasing the power of high-octane and maximalist punk but also the beauty that comes when it's stripped right down to near-nothing, exposing the roots of the songwriting that drives Shady Nasty's work.

There are tracks like PRETTYB0YZ, which emphasise the tenseness of Shady Nasty's work and meanings that underlay it ("PRETTYB0YZ is the indefinite renewal of your ticket to the harbour city’s work hard play hard lifestyle," the band attempt to explain), while songs like IBIZA showcase an entirely other realm of Shady Nasty's musicianship, with the grit of the band interpreted through disorientating, EDM-inspired maximalism. "IBIZA was inspired by the aesthetic of contemporary lifestyle vlogging and Instagram explore pages," they say.

CLUBSMOKE is full of those type of reflections and observations, brought to life through the paranoia that seeps into Shady Nasty's sound, and the blend of genres that bring to life. If Bad Posture was an introduction to that, then CLUBSMOKE goes a step further, paved by the evolution and experimentation that's come with the band's continued growth, and how they haven't stepped away from their core ethos despite being branded as one of Australia's most exciting and dynamic new additions.

CLUBSMOKE proves that those titles are warranted - not that anyone was saying otherwise. Take a dive into the EP below, and underneath, read the trio's track-by-track walkthrough of the EP, stripping back its production and discussing its themes and inspiration one song at a time:

IBIZA was inspired by the aesthetic of contemporary lifestyle vlogging and Instagram explore pages. At the time, we were seeing thousands of images online everyday of random cunts in the gym or flexing at a luxury resort. This brazen advertisement for a lifestyle built on hypertrophy, G-wagons and BANG energy drinks seemed so hardcore that it was like watching gameplay of GTA if it were based on influencers.

The track was also heavily influenced by EDM from the late 2000s and early 2010s, namely Guetta, Calvin Harris and Avicii. We all listened to this music in our formative teen years and it seemed to fit well with the direction we were heading so we tried to make the guitar sound like something that you might hear at Tomorrowland. Doing a deep-dive on this select form of EDM was super useful for us insofar as we wanted to make a body of work that sounded more electronic than it did just guitar, bass and drums.

PRETTY BOYZ feels like a brother track to IBIZA. It was inspired by Sydney’s infamous Ivy precinct and the cosmetic rituals of its attendees; lip-filler, tren and menthols to name a few. The high-pitched loop that plays throughout the whole track vaguely sounds like an ambulance siren or something you’d hear in an emergency. We wanted something like this to create that sense of urgency like when you’ve had too many rum and cokes, you’re spinning off the HQD plus and trying to find your Uber to go to another club.

The track was also influenced by the societal transition to vaping; the ethereal halo-esque glow that you find at the bottom of some vapes when someone inhales seemed to describe that hypnotising yet haunting impulse that we were feeling.

ROLL1N' H1LLZ was written as a counterpoint to the first three tracks on the EP. We wanted to create something sparse to act as a refuge from the madness and pace of influencerdom. A lot of the aforementioned topics don’t offer much room for vulnerability and breed a strong sense of competitive individualism so it felt right to take stock by getting our friend Yoni Yen to share the vocal performance with Kevin. 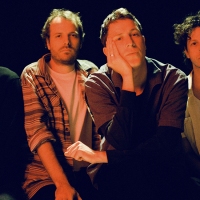 Listen to Lover (Don’t Let Me Down), a dreamy return from London rockers PalaceThe sweeping new single is the first taste of the UK band's third album Shoals, out in January next year. 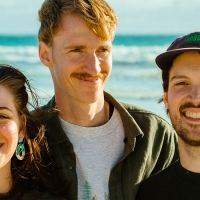 Premiere: Ghost Care strive to new heights with their I'm So Sick Of Being So Happy EPWith a 10-track EP and a brand new video under the belt, one of Perth's most exciting bands grows to an entirely new level.
Bands