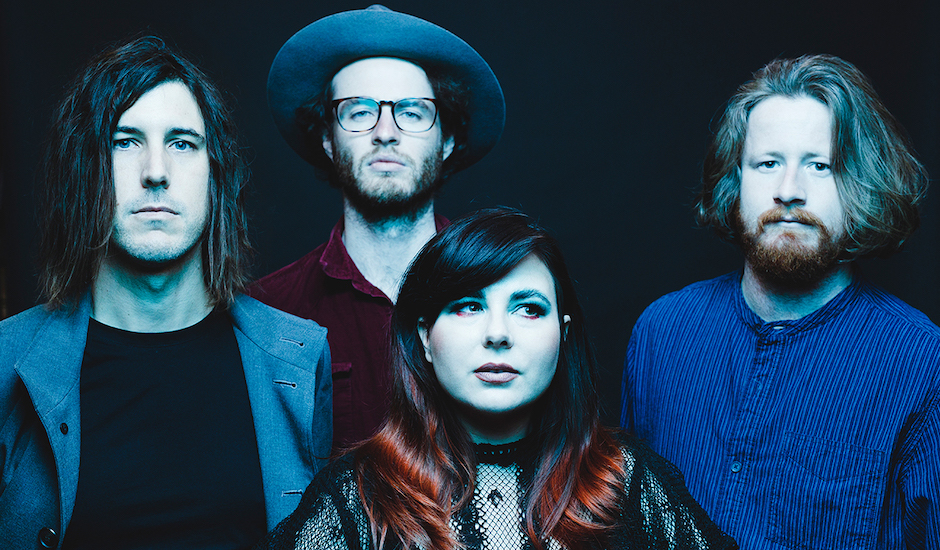 This week has been a long time coming for Perth-based indie-rock group Big Orange. The four-piece is a combination of some of West Australia's best and most recognisable faces in music both on the live stage and behind-the-scenes; Big Orange capturing the heights of the Perth's live music scene - and the rich, collaborative sense of community that underlines a lot of it - through their work over the last few years, which ultimately, all gets a chance to shine through their debut album arriving this week.

An Ode To Odious is an eight-track release that reinforces the group's charm in hazy indie-rock, furthering themselves and the introduction given through their 2017-released debut EP Streets through a sound that paves the way for evolution and greater musical thinking, as well as the changes occurring in their own personal lives and the world that moves around them. The album builds on all of that too; a reflective, personal collection of tracks that brings you into their world, and more specifically, what they've seemed to clung onto amongst the hardships of the last year.

It's a bit of a bright, colourful record that plays against the experiences of the band's last twelve months, eyeing that light at the end of the tunnel that they hope will bring a moment of escapism amongst the chaos of the time of the year, as ones tend to reflect on their last twelve months and the experiences throughout the year. There's that kind-of intimate indie songwriting at the record's core - that's something that's become distinctive to Big Orange over the last few years, and something we hope never disappears - but it's done through a way that seems to look more forward than it does backward, bringing glimmers of hope as they go.

Take Apocketlipstick, for example, the previously-released single that didn't just come with news of a new member - drummer Jamie Gallacher (Pat Chow, New Talk) - but also a tease of the album's lighter sounds on the way, and the shimmering alt-pop that brings this to life. Goodnight Kiss Vampire Bite is another example, intertwining their pop leanings with a slight shading of R&B-like grooves as the slight upbeat touch amplifies the band's newfound energy.

Even in the album's darker moments, there's a certain light-hearted fun that embodies the group's drive to create catchy, dancing music to counteract the year. I Wanna Know, for example, toys with questions on death, and although that would suggest the end result being a darker snapshot of their sound, it feels like quite the opposite. "It always goes down well in our live set and it’s great fun to play," the band's vocalist and songwriter Daniel Davis said at the single's release.

As Davis speaks on the album, you get the sense that the album's moving sounds came as a balancing act with the somewhat more sombre album themes, which really comes naturally to Davis as a songwriter. "I usually write about existentialism, morality, sadness, self-loathing, misanthropy, lost love and apocalypse; so I hope people can enjoy an album’s worth of my pessimistic world view," he says. "I’m glad we could get this album before the world ends.

Nevertheless, it's an album that seems to open the next chapter of Big Orange; capturing months and months of hard work amongst the hardest times we've faced for a moment that draws you in and deeper introduces you to Big Orange's world. "This album has been a long time coming and a lot of work but we think we’ve made a really good record that we can be proud of," Davis continues, in a sentiment shared by the group's Emma Adams: "We’ve been chipping away at this album for quite some time now. Some tracks are new but others have been kicking around for what seems like eternity. It’s not a long album, just eight tracks that felt right together at this point in time. We have so much in the pipeline, it feels good to get this train a-rollin’."

Take a dive into the album below, as it premieres on Pilerats ahead of its official release tomorrow, November 27th. 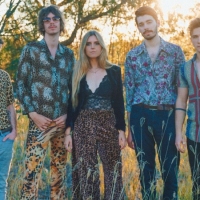 Premiere: Sunflower give a glimpse of hope with their empowering new track, Thin SkinChannelling the silver linings of hope and strength amongst the chaos of this year, the Brisbane band's new track feels like a send off for 2020. 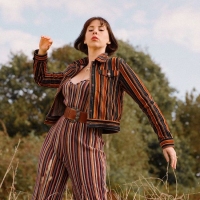 Premiere: Georgia Van Etten features some of our best dancers in I'd Like To Be's videoFeaturing eight Australian contemporary dancers, the video clip is a striking display of brilliant creative talent.
Bands