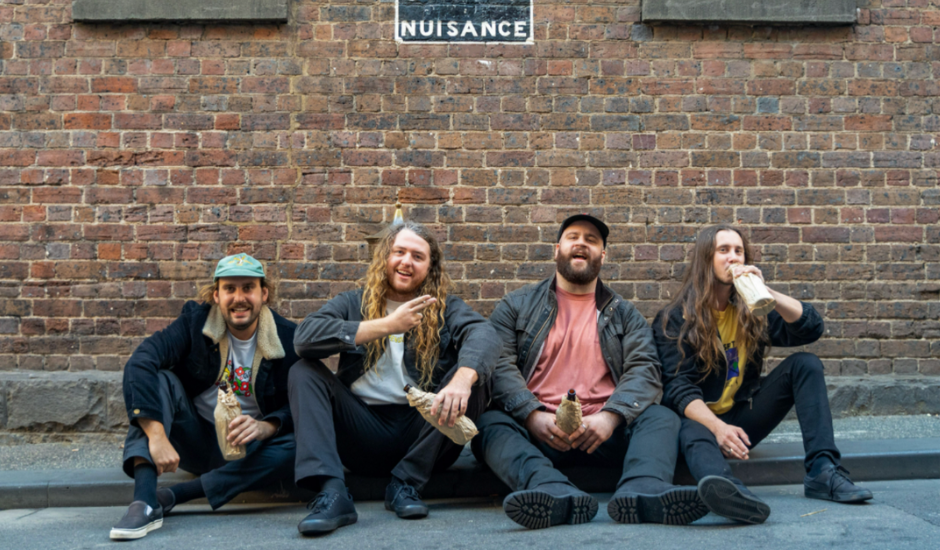 Fresh off the Spin Off festival stage playing alongside the likes of Glass Animals, Spacey Jane and Jack Harlow, Beddy Rays release their debut self titled LP before embarking on their biggest nationwide tour to date. With multiple nominations at both the Queensland Music Awards and National Indigenous Music Awards and winning the Levi’s Music Prize in 2021, the four piece have been on the rise for the past couple years, winning over listeners with their cover of Thelma Plum’s Better in Blak for triple j’s Like A Version, and with festival slots at Valley Fiesta, Summer Sounds, Play on the Plains, Super Fun Day, ShoreShocked and The Push.

Featuring an epic 14-tracks, including the anthemic Sobercoaster which placed #54 on triple j’s hottest 100, the band shares “We decided to go with a self-titled album for our debut because we believe this album IS Beddy Rays through-and-through. It’s honest, raw and nothing other than what we’re all about… mateship, Reddy Bay, good times and beers, but also the importance of looking after yourself and checking in with ya mates. It's made up of our recent singles and a bunch of brand newies we’ve been cooking up for you legends. A nice mixed bag of lollies! We hope you love it as much as we do!”

Recorded and produced by Brock Weston at his place in Brisbane, it’s a high energy release that captures the raw and raucous energy of Beddy Rays - an infectious energy that’s worth witnessing live come this August and September as they hit the road (see tour dates below).

Rowdy but incredibly real, and deserving a notable mention in our Best of The Rest record releases for today, be sure to hit play on Beddy Rays’ self titled LP below, as you take a read through the inspiration behind each and every track below.

Wait a While navigates the waters of toxic relationships. Quite often you don’t see the warning signs when you’re in any kind of relationship, whether it’s a friendship or a romance. It’s easy to focus on all the good when you’re in deep, so much so that you miss what are commonly known as “red flags”, even if everyone else around you can see them clearly. Wait a While is a plant found in far North Queensland. The hook of the song came from the hooks on that plant, they grab a hold of you slowing you down just like some people you will meet in your lifetime.

Week On Repeat follows the feeling of rolling through another working week while trying to break the norms of the plain and mundane. It’s about trying to unlearn the mistakes that have got you stuck in the day-to-day rut and figuring out the best way to change it. The guitar riff really drives this song and it goes off live!

FOTU (Fear of the Unknown) can be taken in two different ways, having a night out with mates or a break up. Jacko really wants listeners to take from it what they wish. It started out as a break up song and halfway through writing the first verse Jacko realised he didn’t want to go down that path and it turned into a song about independence, emphasising the feeling of FOMO and not having to worry about someone who's counting on you to come home.

On My Own takes you to a darker side of our songwriting and taps into the melancholy aspects of being alone. It’s about the importance of taking time to yourself to sort out your own backyard, taking on whatever comes your way and backing yourself on every step of the way.

Sort It Out is written about finding it hard to reach out and talk to people about personal things and wanting to sort out what's happening in your head alone. It’s about taking an independent stride because you don’t want sympathy from your mates, you just want to sort it out yourself. In the end asking questions and speaking up is the best therapy.

Handful touches on first impressions when meeting someone who may initially get the wrong idea of you. The lyrics lead on to being open and honest to push through the teething phases of a relationship without writing it off altogether.

Brin’s Song is the most heartfelt track on the album. It’s a mourning song and was written about the passing of Jacko’s sister in late 2021. Jacko touches on time spent with his sister, expressing how no matter what trouble he’d find himself in, she’d always be there to ground him with her innocent, kind and beautiful nature. The chorus speaks to the struggles of getting to sleep at night while still hearing her voice, and how he feels her presence with him every day.

Sobercoaster is an ode to the freedom and carelessness of a misspent youth. When you’re young you always have these older figures telling you to grow up, stop going out and running amok with your mates because you should be saving for a house and setting yourself up for the future. Right now you might not even be thinking about that stuff so it’s really about living in the moment and knowing that one day when the bottle runs dry you might end up joining the ‘Sobercoaster’, just not yet.

Milk is about breaking out of a rough patch, moving on and reminding yourself that sometimes you need to let go. The lyrics tap you on the shoulder and say "hey, it’s all good to feel the way you do".

Ashtray is about reminiscing about old times with someone you used to be with and growing within yourself from lessons learned, “No point stressin, the lesson’s been good”.

You’ve become a bit of a slob, you smell like an ashtray, the sink is full of plates, you’re in a rut. Second half of the song leans towards the positive message you tell yourself, ‘it's alright you’ve learnt some life lessons and you’re growing from it’.

Feels Nice touches on being weak and vulnerable after a break up. Knowing everything’s been said and done and it's time to move on. Still thinking about it everyday, small souvenirs reminding you of the person and times you had. The bass line that comes in at the end is a little nod to the style of music Brad's old man’s band plays. 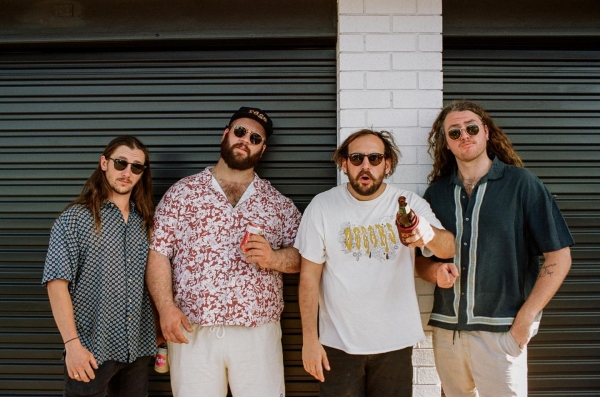 Coffee Stops is about going through a rough period, trying to get out of the house and get through the week whilst dealing with the same old shit, trying to push through it all just to get to the weekend. The chorus really hits home at the end and it's a belter!

Easy Man is about a relationship at boiling point, staying together for the benefit of family or being stuck in a comfort zone that's not so comfy anymore. Thinking back on how easy things were at the start, but how over time you just grew apart. Knowing you’re still there for each other with as much love and respect for each other as you’ve always had.

Good With Bad is about questioning where you are in life. Are you where you’re meant to be? Should you be doing something else? Are you thinking too much about it? It’s about the realisation that it’s not worth worrying and remembering to enjoy the moment. Surround yourself with beautiful people, make the most of what you got and rip in! 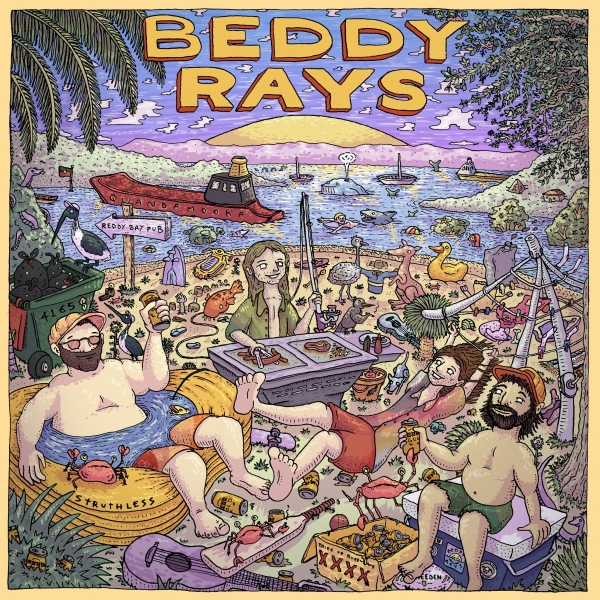 Tickets on sale now via www.beddyrays.com 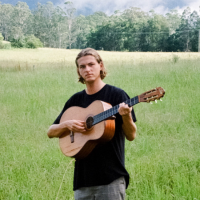 Listen: Jesse Madigan - Soft Room For Movement The Newcastle-based singer-songwriter invites us into his world with his latest comforting LP. 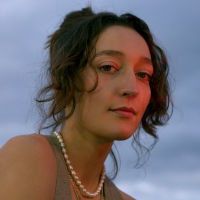