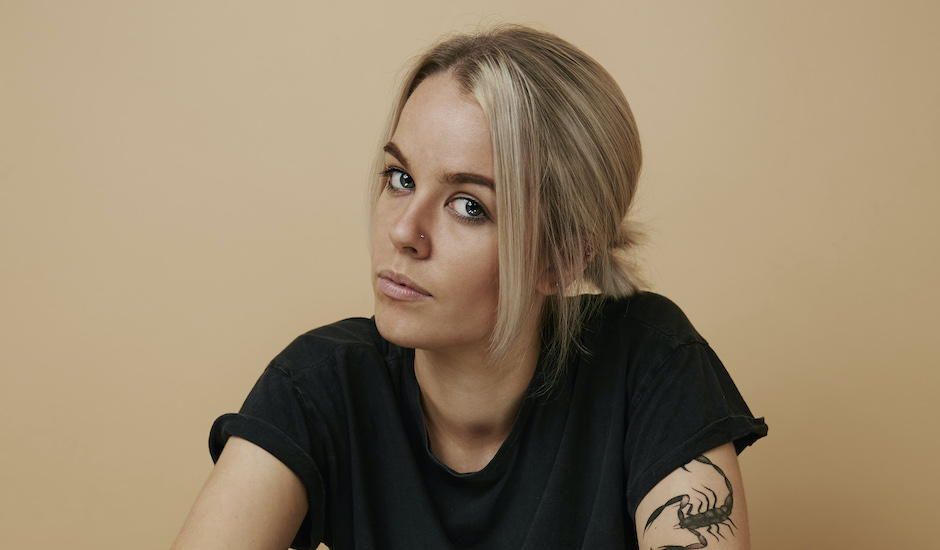 With a pair of singles released last year - That One's On Me and Lost Mind - Reilly Stapleton stepped forward as a musician quite unlike anyone else. Her music is thrilling and dark, brooding with thick emotion and menacing chords that sit somewhere between the emo-punk of the mid-00s and the great, powerful voices that occupy Australia's pop scene today; bent on openness and deepness filled with honesty that really makes every Reilly Stapleton song an engrossing, intense listen.

Her new track Impulse is no different. In fact, it might the most obvious display of Reilly's aforementioned craft in intense, genre-pushing music from her discography thus far, launching into a bright remainder of 2019 - and a bright 2020 ahead - with a sound that's anything but. It's dark and gloomy, channelling names such as Evanescence as Reilly's vocal lingers above every rocky guitar lick; her vocal the darkest it's been yet as she smashes and slashes with the brooding instrumental underneath only amplifying her delivery.

"Impulse is reflective of the constant battle between our negative impulsions and our inner consciousness that provides you with a positive moral compass," she says on the single, which arrives in the midst of a series of monthly showcases at Melbourne's God’s Kitchen, with another headline show at The Grace Darling just wrapped up. "When somebody has a short tolerance of anger they can withstand, it is generally our consciousness that holds us back from lashing out."

It's a single only amplified by the video clip it comes alongside, with director Michael Sadler (Teenage Dads) working with Reilly Stapleton to build a video that further amplifies the single's menacing creep. "The protagonist struggles with maintaining self-control when it comes to the loud and obnoxious guests, so she begins to imagine the ways in which the guests could be murdered and her mind can once again be at ease," she teases of the clip. "The guests become more irritating as the event goes on and she becomes quite irrational and exasperated…on her final murder spree, it seems she may have gone too far – the audience will be left wondering if her impulse really did take control."

Dive into the clip below - trust us, when we say it's worth a watch - and better introduce yourself to Reilly Stapleton below as she preps for one last showcase at God's Kitchen on Tuesday, December 3rd.

Well, My name is Reilly Stapleton, I’m 21, I’m a singer-songwriter, I’m obsessed with my cat and I’m a bit of a weirdo. But honestly, I’d rather be a freak than be boring.

I adore lyrics and obsess over listening to them and understanding them or developing a sense of personal meaning. I’m always writing lyrics in my head and making things work and structuring different lines in songs. My life is a bit all over the place but the only thing I truly know is right, is my music. It’s the only time that I feel honestly happy. I never feel settled and from a young age have had a hard time putting my feelings into words. I feel like the only time that I can actually discuss any feeling that I have is hen it’s written in the form of a song. Music is really the best therapy and you all get to listen to the ways my mind wonders and scatters itself. Music makes me fearless and allows me to overshare the complicated discussions that happen in my head.

Oo good question. I’m still kind of figuring it out, but I feel like I’m teaching myself how to sound like me all the time and slowly I’m achieving what I want. I always have dark undertones, at the moment “happy” vibes don’t flow naturally and honestly, I can’t bring myself to write something un-natural or force myself into any particular emotions.

Currently, the vibe is dark, angry and honest. Although the themes may be exaggerated in the lyrics, the message is always truthful and full of a lot of everyday emotion. Everything I do is unexpected, even for me, I surprise myself sometimes with the things I spit out.

Every song is different in regard to songwriting! I like to mix is up. As I tend to be a huge scatterbrain and my life is a tad messy, I don’t stick to routine or structure. This means that songs appear out of the blue and constantly. There are a million and one voice recordings on my phone and they are all at different fazes and moments in my lifetime.

Impulse was created with some friends. we laid down the foundations and then I created the lyrics and the vocal melody on top of that. I was so lucky to be able to work alongside Terry Hart who is a brilliant producer. We spent a session chatting about what the song means and the different stories and vibes of this song. Then when we could finally grasp and put into words the big picture of Impulse, Terry laid down the intensity that is developed into the track!

Can you tell us about your new song Impulse?

Impulse is insane (in a good way) and shines a light onto the battle between your impulse to lash out and the conscience that is holding you back. It pulls focus onto the desire to allow your inner emotions and temper take control and the constant need to maintain composure even in the most difficult situations. It’s enhanced by making it seem like I want to become a killer and the video clip just reinforces that point as you can see me brutally slaughtering all of my friends. Including my sister who gets the blunt force of a rock to the head. Fun fact, she got really mad at me because we wanted the effect of that scene to be as authentic as possible, so, I was smashing the rock right next to her head with full force and smacked her right in the ear with it on the way down… safe to say she wasn’t impressed with that one.

Impulse is just like a huge exaggerated version of the saying “bite your tongue”, except in this case you couldn’t bite your tongue hard enough and you’ve released the killer in you.

Music all the time!! I’m always thinking about the next song and constantly preparing for that. I’ll be aiming to up my gig game and hopefully you’ll see my name popping up everywhere a lot more. I’m aiming to jump back into the studio as soon as I possibly can, spend all my money and have another song released relatively soon!

Hang out with my cat, guitar and piano a whole bunch over summer and bank up a new collection of tracks that I will be playing around and throughout Melbourne. Life is crazy and you just have to ride the wave but make the most out of every moment. You get through it day by day and take it as it comes, never expect the expected and be prepared for anything.

I’ll be doing what makes me happy, and that will always be music-making.

It’s available on all streaming platforms!

I HIGHLY recommend checking out the music video directed by a good friend of mine, Michael Sadler (Shot by Sadler). Enjoy watching me kill my friends. 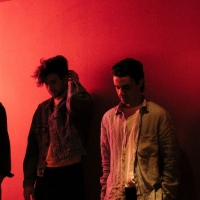 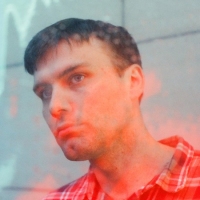 Album Walkthrough: Brightness dissects his self-titled second albumOn his second album, Brightness takes the learnings from a stressful debut and applies them into a moment of brilliance.
Bands