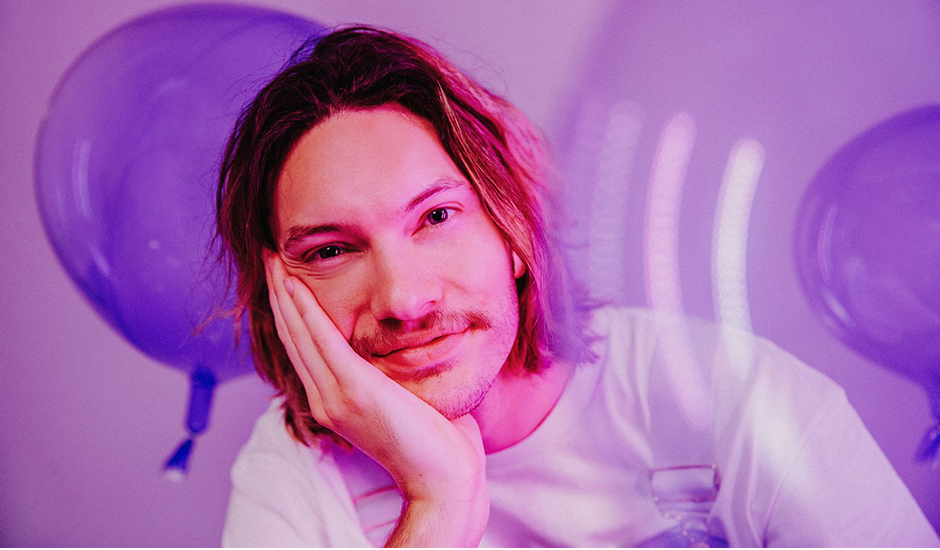 If you're a regular amongst the music scene of Sydney's indie-pop world, then chances are Doko are a band you've come across a few times over the years. The four-piece blossomed into specialists of this kinda new-wave, indie-psychedelic-pop blend they built upon over the period of a few years, beginning with their debut EP Dezmonia in 2017 and singles littering the years since (right through to their last work, last year's Maybe Leave A Light On). They were regulars in the live music scene too; ones to watch thanks to their ability to turn their stirring indie-pop gems into something special on the stage - something they showed a countless number of times over the years.

Faced with an empty touring schedule last year, Northern Beaches-based frontman Jared Higgs got to work writing some music of his own, carving out solo material that doubled down on the pop side of Doko's sound and fleshing it out into something new. "After fronting the new wave-inspired band Doko for over five years I thought it was the perfect time to venture into a genre that I really felt inspired by – Pop," he says. "I was looking to create lo-fi soundscapes that also blended hip-hop with pop music. I just wanted to create a musical mutt of sounds."

Purple Drapes is the resulting product, and its debut single Richard - coming out today - feels like a burst of creative inspiration for Higgs, showcasing the end result of that experimentation and teasing how it may continue to grow in the future. Sonically, Richard is a mish-mash of genres that's really quite indescrible. There are flourishes of hip-hop and funk within the song's production, but more pop-leaning hooks coming over the top of it - a blend that isn't really travelled down often, but for Purple Drapes, feels like a natural affair.

There's also a bit of humour and wit thrown in there too; the project being an opportunity for Higgs to really delve into the craft of his lyricism - something Richard thrives amongst in its meaning. "Richard was written in one afternoon, which is really rare for me. Normally I can sit and waste hours trying to think if this particular melody is catchy enough, or if the words mean enough, but this song came pretty easily! I had been watching plenty of Friends at the time, and the character Richard stood out as someone who had their professional life together, someone to really look up to," he explains.

"So that’s what this song is about - my love leaving me for someone who is better than me. It was also a happy coincidence that Richard can be shortened to Dick, so I could openly say ‘you’re leaving me for a dick’."

Richard is a taste of plenty more to come, and you can take a dive into it below, while you also have the opportunity to further introduce yourself to Purple Drapes and everything he has going for him. Get in early, because there's more on the way.

My name is Jared and I’m from Sydney’s Northern Beaches. Purple Drapes is my lil baby solo project, taking a break from playing in rock bands to make more cruisey lo-fi based music. It all started in the midst of Covid lockdowns when all the gigs were cancelled and all I could do was write new songs. New songs meant new sounds, and that’s when Purple Drapes was born.

For this project, I wanted to meld the sounds of lo-fi bedroom pop with the grooves and hook based melodies of late 90s hip hop. Think - OutKast meets Still Woozy. Lyrically the music usually covers relationships, but I try to make them a little self-demeaning in a way, self-reflecting on the things I’ve done wrong - if you can’t laugh at yourself hey. I also enjoy taking characters from sitcoms and writing about them in a personal way, that’s where the single Richard came from.

I have a little DIY studio in a wine cellar, and that’s where all the writing takes place. It’s a great place to have a little wine and put pen to paper, and it’s nice to have a spot where I can be as loud and as obnoxious as I please and not have any issues. I have all the instruments I need there, so I just chip away at demos of songs until I’m happy with how they sound.

Production on this song was done by Sydney producer Oscar Sharah, it was a pleasure to work with him. He really understood the sound and was able to push this song in the perfect direction. OutKast was a big inspiration in his mind, so that’s the sound we delved into mostly, taking snippets from my original home demo and splicing them throughout the song to give it a more sampled texture. It was crazy watching him work, that man is a machine.

Can you tell us a bit about your new single, Richard?

Richard is a love song gone wrong. It’s about your loved one leaving you for someone better, and the realisation that there’s nothing that can change that. This is where the sitcom part comes into play, because Richard is based off the character Richard in the show Friends. He was always someone I deemed to have his life together professionally, and that’s something I respect. So this song reflects my thoughts of a fella like that stealing someone I love right from under my nose. Spoiler alert - it doesn’t feel great.

2021 is gonna be a fun year. I have plenty of absolute mint songs to show you all, so be prepared for more singles coming later in the year. And now that we can dance again there’s gonna be plenty of Purple Drapes live shows.

I want people to have fun with my music, to take away a laugh and a smile and to not take life too seriously when listening to it. It’s relaxed, and that’s what you should be while listening.

As of April 21st you can find my new single Richard on all streaming and purchasing platforms! However, I also release fun covers from time to time that I like to test my production skills on, and those are on my Soundcloud. 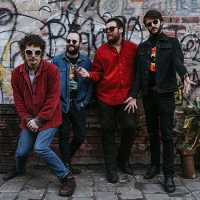 Premiere: Melbourne's The Stained Daisies unveil new single Time Away, tease new EPIt's the first single from the group since releasing their debut album last year, and comes with plenty more in the pipeline. 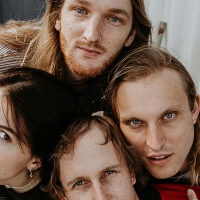 Premiere: Meet Brisbane's The Buzzing Towers, who unveil a new single, CanopyAfter releasing a self-titled debut EP last year, their new single is a taste of work to come - and there's a lot to be excited about.
Bands