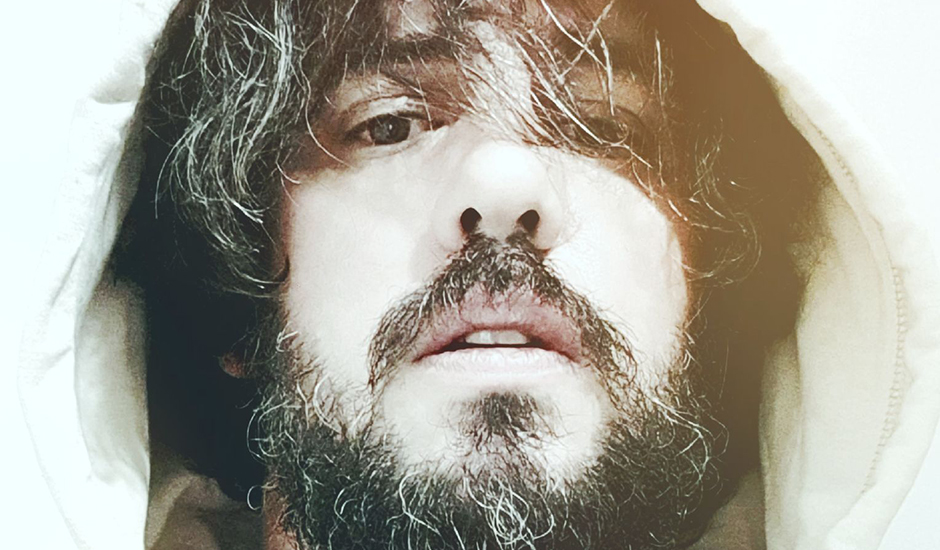 Anyone who is familiar with the history of Perth's live music space would definitely know something Paul Wood has been involved with. The musician has been a prominent force in the last few decades of West Australian culture, across bands like indie-rockers The Ghost Hotel (who toured alongside Powderfinger on their last victory lap of the country) and Red Jezebel, favourites of the touring circuit throughout the late-90s and early-2000s, playing shows including the once-notorious Big Day Out.

Long story short, he's had a continued imprint in West Australian indie-rock for a couple of decades now, and has continued working heavily even in the years following The Ghost Hotel and Red Jezebel. Take, for example, Good News Now We Can Eat All The Vampires, which is a newly-launched solo project with one hell of a name, and making an entrance with a brand new EP aptly titled EP 1, premiering on Pilerats today.

It's an introduction to Paul Wood as a solo musician as much as it is a chance for him to showcase the growth and evolution he's mustered up over the last several decades, taking the lessons and learnings from his long-winding journey and applying it into a project where he takes centre stage. It's one hell of a time too, emphasising the potent songwriting that's stayed central to his work over the years and mashing it together with this kind-of alt-pop-y tone; a wide-ranging spectrum of sound and genres coming together with an intricacy you can only expect from someone so well-versed in musicality.

"EP-I is essentially a collage of ideas that I have had, in various formats and mediums, edited and compiled into song," he says on the release. "I have an astounding collection of 30-60 second recordings of melodies, beats and noises I have made over my musical lifetime. Trying to make sense of them was a challenge in itself, but after listening through them, it sparked those familiar feelings of excitement in thinking to myself 'there’s a song in this... I can feel it...' For me, EP-I is an essay on making sense of the past, intertwined with the joys of anticipation for the future."

It's an EP that proves a testament to the legacy Paul Wood has built, and shows that it's capable of further evolving as we enter yet another new decade. We'll let him introduce the project a little more, so take a dive into an introductory EP with the long-time Perth favourite below, and listen to the debut EP from Good News Now We Can Eat All The Vampires on Bandcamp now (just click on the embed for it to start playing):

Well, I’ve spent the better part of the last 25 years writing songs for Ghost Hotel and Red Jezebel - both of which currently lay dormant inside an iced-over cave, somewhere in the wilderness of the WA musical landscape. And you know what they say -  when two doors close, you jimmy a crowbar in to open another, just enough to get your head through to see what it’s like on the other side. Needless to say that the other side scared the bejeezus out of me, so I hid in isolation and wrote & tracked in what seemed to be an endless loop, until finally forming my chaos into Good news, now we can eat all the vampires.

Pop filled chaos… or is it chaos-filled pop? Having fully realised Good News now we can eat all the vampires in isolation, I now see the recurring tropes of inner monologue and stream of consciousness playing out in a majority of the songs. Especially so in Mea Culpa and This Is How I’ll Survive - the latter more an internal essay on male suicide and mental health deflection. Being Todd Pickett however is simply about how everyone keeps mistaking me for Todd fucking Pickett (Kill Devil Hills / Southern River Band). I wrote him this song about it because he finds my frustration so utterly hilarious.

Overbearing? Honestly, it takes a lot out of me sometimes. It’s a chaos that I find difficult to describe. It’s like a Jackson Pollock - in that in a final form it makes sense; everything is in its right place and understandable. But that measure of time between a blank canvas and the final artwork is a confusing display of freneticism, seemingly void of any true meaning or purpose.

The fact that it comes together is honestly surprising to me most of the time.

Can you tell us about your new EP, EP1?

EP-I is essentially a collage of ideas that I have had, in various formats and mediums, edited and compiled into song. I have an astounding collection of 30-60 second recordings of melodies, beats and noises I have made over my musical lifetime. Trying to make sense of them was a challenge in itself, but after listening through them, it sparked those familiar feelings of excitement in thinking to myself “there’s a song in this... I can feel it...”.

For me, EP-I is an essay on making sense of the past, intertwined with the joys of anticipation for the future.

EP-II is well on the way, although it may possibly be LP-I. Or maybe it will have a well thought out title for once, who knows. On top of that, I’m gonna take this show on the road. Although, as of yet, I am unsure in what format I will be doing that. Being surrounded by an abundance of noise making bleep-blorp machines that can seemingly talk to each other better than I can, in a code I don’t really understand, eh… I’ll probably get some more qualified people to join the band.

Inspiration, hopefully somewhere. I can’t escape the sense I am likely more of a “musician’s musician” than a crowd favourite when considering the way I write and produce Good News, Now We Can Eat All The Vampire's music. I mean, even the band name is a struggle to get through for most people.

But ultimately I hope to give a little inspiration to others trying to do the same thing, and maybe ease off a little bit of that fear of not feeling creative enough to do anything meaningful.

You can buy me on Bandcamp or stream on your favourite service. Also, there is a Youtube channel where you can watch badly edited homemade video clips for my songs. 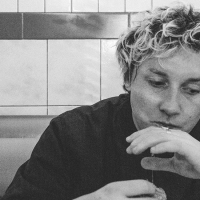 Meet Melbourne musician Al Matcott, who emerges with his debut single, MediocreThe charming indie-folk tune is the first from his debut EP You Can Be Anyone, out via his own label this August. 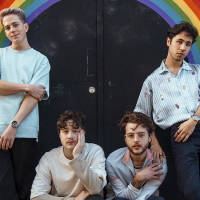 EP Walkthrough: The Million talk their new EP, why we’ll never be togetherThe new EP comes fresh ahead of an east-coast string of tour dates, scheduled for this September.
Bands