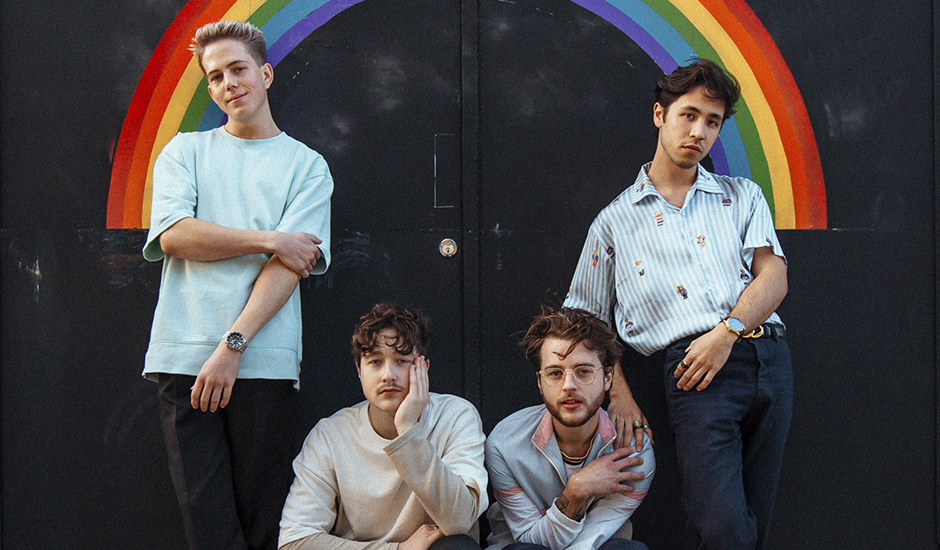 Over the last year, The Million were one of the few bands to make the most of the world falling apart around them. The Central Coast indie-pop group initially introduced their sound back in 2017, before returning two years later with a little more of a polished vision as shown on Somebody Better back in 2019. The year that followed was to be bountiful for the group, armed with a fresh-written EP that came following a writing trip to the US. However, we all know how the story goes, with delays, postponements, and whatever else getting in the way.

Rather than shrivel away, however, The Million pressed forward - further refining their sound and building themselves in both sound and size, adding a new member - McKinley Payne, who had been touring with the group the years prior - and launching towards the release of their new EP why we'll never be together, which finally arrived just last week.

If their earliest work was an introduction to The Million, then why we'll never be together sees them unveil further polish to their sound; a modernised update to what we've already heard, taken into the next level. Worked on alongside a super-star team, why we'll never be together boasts some of the most energetic and forward-thinking dance-pop in the country right now, centring itself on how The Million are capable of carving upbeat bursts of flavourful brilliance out of the world around them - even the darker, more typically solemn moments too.

As you can perhaps guess from its title, why we'll never be together comes from the heart of frontman Jacob Thomas, capturing the emotional and mental complexities of a relationship's breakdown and the journey into freeing liberation that follows. Lyrically, you can hear a lot of the pain and trauma rise to the surface through Jacob's lyricism - and that's something we'll get him to touch on himself - but musically, it's channelled into a sound that feels like him coming out on top, capturing the strength and resilience built through this time and translating it into dance-pop that sees him launch forward.

Take the funky two-step glide of Stop/Go, for example, which even as one of the EP's most down-tempo moments, still relishes in this disco ball-lit euphoria. "Stop/Go was written from a cool title I had in my notes, it turned out to represent the idea of the relationship I had at the time and the instability of it," Jacob said with the single's release, back at the tail-end of April. "The song represents how I felt in that moment. It’s also the only song on the EP written while actually in the relationship, everything else was post-breakup."

Fresh from the release of the EP, The Million have also today announced forthcoming tour dates for this September, which will take the group's lively brand of pop music around the east-coast later this year. You can find those full tour dates below, but in the meantime, take a dive into the EP now, and underneath that, read a track by track walkthrough from the band, breaking down its themes and creation one song at a time.

Speed Dial almost didn’t happen. We had spent the day writing with Dylan Nash and had plans to go watch a friend’s show with him afterwards. It was nearing the end of the session and I remember us not particularly vibing what we had written. Maybe 20 minutes before we had to leave we decided to start another idea. Jacob came up with the hook & chords for the chorus of Speed Dial so we tracked it in and left for the gig. We spent the entire show deflecting conversations with people we ran into so we could group back up and talk about what to do with the rest of the song. We left the show at 10PM and went straight back into the studio and Speed Dial was written after a couple of hours.

I feel like this song embodies the tone of the whole EP. Having someone you love betray you comes with so many different feelings and they all come at you at once. The lyrics in Somebody Better for me mimic that internal dialogue of having a hundred things on your mind. It also reminds me to not focus so much on the negative because there is always something fulfilling waiting for you.

This was the first song we wrote for WWNBT. It definitely helped set the path for what we wanted the EP to be about. We were surfing through Spotify listening to music that inspired us and we ended up listening to like half the songs from Monkey Business by Black Eyed Peas. We loved the tongue in cheek lyricism riddled throughout the album. It inspired a lot of the lyrics on our EP.

Oh man, this song was so hard to get right, I think we ended up making like 4 or 5 different versions before Dom Craik stepped in and really brought this track to life. We wrote this with Lucy Taylor & Chris Collins at Forbes Street Studios in what feels like forever ago. It started as this stripped & intimate demo with sombre lyrics and melodies. We knew there was something special there but we weren’t sure how to address it. Dom did such a great job balancing the energy of the instrumental with the sentimental message of the song.

We wrote this one with prod god Kon Kersting. It’s all about being impulsive. Chasing whatever makes you feel good even though you know what you’re doing isn’t good for you. WWNBT talks a lot about the regret of being in a toxic relationship but this song empathises more with why people stay together when they shouldn’t.

We wrote this one in LA with Colin Brittain. Listening back now I get a lot of mixed emotions. It was our first writing trip overseas, we’d just signed a record deal and we were putting a lot of pressure on ourselves. I feel like all of us were second-guessing our abilities. After the session was over and the song was finished a lot of that feeling just washed away. Colin ignited something within us that day and we really can’t thank him enough for it. 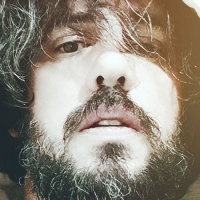 Premiere: Meet Good News, Now We Can Eat All The Vampires, and his debut EP, EP1It's the first taste of a new solo project from Perth heavyweight Paul Wood, known for his work in Ghost Hotel and Red Jezebel. 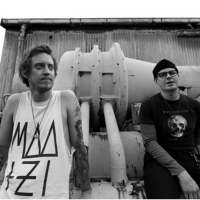