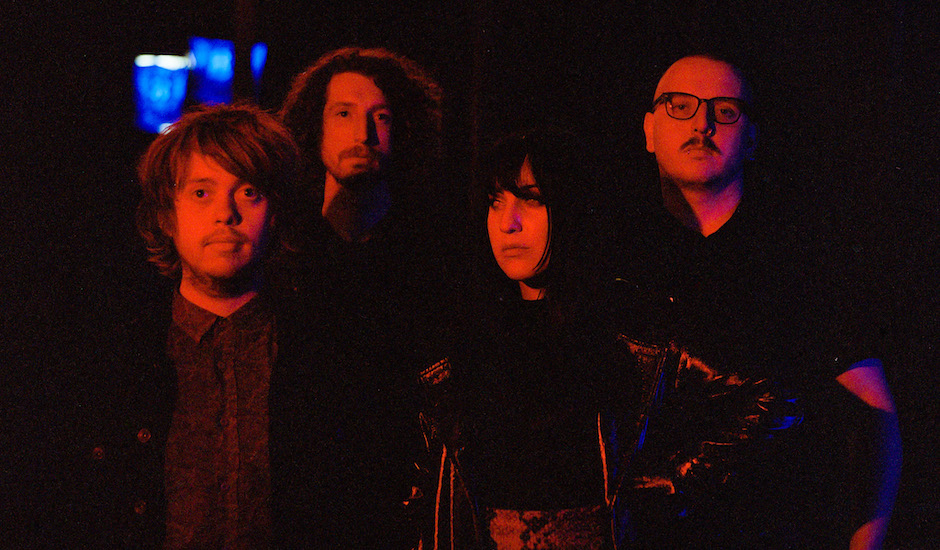 In 2020, things have seemingly been pretty quiet for the group, at least on a surface level. You know the story by now - all of their touring was cancelled or postponed indefinitely, which threw their release schedule into chaos and uncertainty too - but instead of floundering around and wallowing in their self-pity, Psychobabel doubled down on their craft and recorded new material that again takes them outside of their already-shown soundscape, the first taste of which arriving with Chaotic Neutral last week.

Its apt title is really just the beginning for Chaotic Neutral, which is quick to descend into three minutes of this doom-y, dystopian psych-rock-pop sound that moves with this menacing and moody edge; plucking from influences scattered amongst the dark pop/rock spectrum and combining them together - alongside their own, distinctive energy - into a powerful track that really feels like the group hitting their stride. It stands tall from the rest of their work, elevating their sound to its most daring and dark-lit as it reaches its climactic peaks, drawing you in and not letting you go until that final riff fades out.

Vocalist Leah Romero takes centre stage for much of the track, adding this kind-of 'Yeah Yeah Yeah's at their darkest' edge to the track while tying it together with its conceptual themes, exaggerating on past experiences and knowledge to create this dysfunctional, otherworldly setting that emphasises the track's feeling. As she explains, "the chorus touches on feeling like you’re not being seen or heard by those around you, and having to constantly prove yourself, as well as themes of sleep paralysis." It's a thrill that matches its sonic ride too.

"While the world around her is more chaotic than she has ever experienced, there is an overwhelming sense of calm as she continues to try and unpack human emotions, this time around trying to understand fear," she continues.

It's a great time - albeit a bit of a dark and scary one - and you can take a listen to it below, and while you're down there, introduce yourself to the group as they tease a big year planned ahead.

Hey we’re Psychobabel, we are a psych-garage band from Melbourne.   We formed in 2017 and have worked towards crafting a conceptually exaggerated extension of Leah (our singers) life experiences and world views. We try to tell tales of an alternate universe filled with reflection and emotional dysfunction, building a longform abstract sonic experience with each release.

We all come from such a range of musical backgrounds and we definitely feel like we try to utilise them all in our music, anything from blues, pop, jazz, psych, punk, and hardcore. We feel like this has allowed us to form our own sound that is distinctive to us.

Lyrically it’s a conceptual story. It’s an extreme version of Leah’s inner monologue. The character is every thought and feeling Leah’s ever had and the songs in a literal context are reflective her personal experiences. There is a bit more to it but generally, the character is an overly sarcastic undead, possibly extra-terrestrial being who can’t die, feel or connect with humans.

Our process is super collaborative, we always are bouncing ideas off each other. Every song is written differently but they usually just fall together once we have had a solid jam. We are very lucky to be able to work with our producer Jon Grace. He really took our sound and worked with us to evolve it into something we are super proud of.

Can you tell us a bit about this new song, Chaotic Neutral?

The song is about fears and the inability to connect and feel human emotion. While the “characters” world around her is more chaotic than she has ever experienced, there is an overwhelming sense of calm as she continues to try and unpack emotion, this time around trying to understand fear. As fans of games such as Dungeons and Dragons, Skyrim, and Dark Souls, this track is also laced with fantastical references both lyrically and sonically, with its title stemming from the DnD alignment.

Every time we tried to make plans this year they ended up in a trash can of fiery doom, so we are really hoping next year just has lots of shows and lots more new music we are keen to release.

While the music has a lot of crazy and specific meaning to us, it’s always really interesting to hear how people interpret it. Whatever meaning people take from the lyrics, is what the song is about. I would say the same about genres, whatever genre you think we sound like is what we are. It meant to be a melting pot of chaos and I love that people will ingest and process the music based on their own experiences.

In my dropbox….but also on all your favourite streaming platforms. 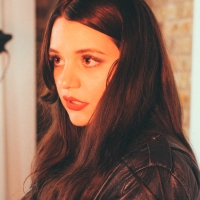 Album Walkthrough: Tired Lion dissect the highs and lows of Breakfast for PatheticsThree years after their break-out debut album Dumb Days, Sophie Hopes reflects on her changing life with a sharp second album. 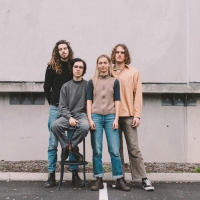 We're calling it: Spacey Jane’s Booster Seat may be the Hottest 100’s unexpected champAround this time of the year, we throw a dark horse into the triple j Hottest 100 mix. This year, we’re placing our bets on Spacey.
Bands