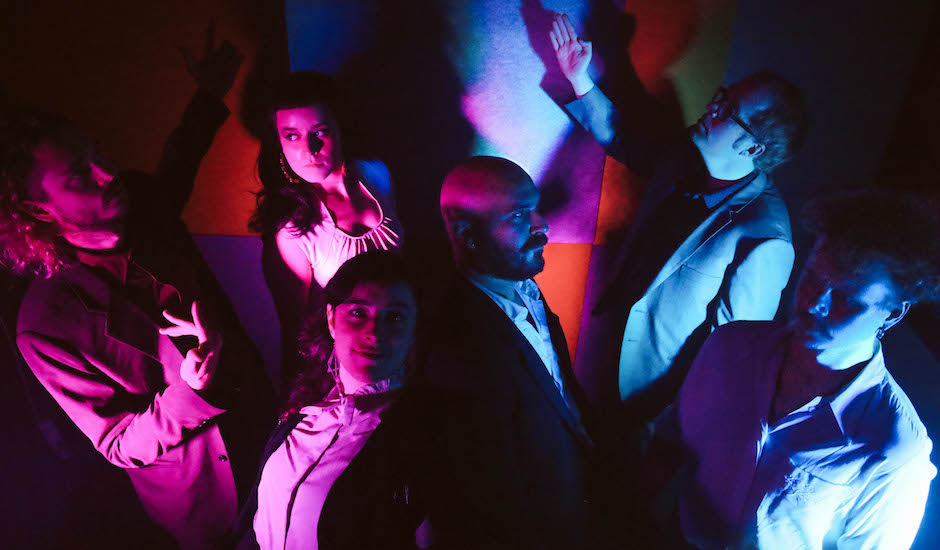 Melbourne-based six-piece Hot Sludge Fundae, based on their debut album Put It On which was released today, are a band definitely here for a good time, and hopefully a long time. A hodge podge of band members from a bunch of different well-loved acts from around the traps, together they bring a certain type of chaotic energy that is irresistibley fun. To celebrate its release we sent them a few questions to find out more about how this supposedly non-serious band ended up becoming a very serious one... serious about the party that is.

HSF is a six-piece from Melbourne, a high-energy party band that was never supposed to leave the bedroom. With most of us playing in more serious bands HSF was initially just an occasional jam, an outlet with no strings attached, somewhere to throw down our most ridiculous ideas. Everyone was having so much fun, we couldn‘t stop. All of a sudden HSF is a serious band. Serious fun. With a serious album for serious party.

It’s got a bit of an 80’s nostalgia to it, our parents record collections come back to bite us. But everyone’s bringing their own flavours. From post-punk to disco/funk to straight up fist-pumping, group-chanting Aussie rock'n'roll. Always with that Hot Sludge flavour, which is a little bit chaotic or neurotic or something.

I’d say half the tracks have developed from jams and the other half have come from something that one or a couple of us have written then taken to the band to flesh out. It’s definitely a democratic process, everyone’s got equal say in making the big calls. Our frontman Dougs handles the production end from his DIY studio/record label/hit factory, Marthouse Records.

Can you tell us about your new album, Put It On?

We actually recorded this album twice. The first one kinda got lost in translation so we started again from scratch. Now it sounds like us. It’s basically everything we first wrote together. Our coming of age. We tracked as much as we could live to tape at the old Marthouse warehouse. Just overdubbed Anna’s sax, ‘cause it was a touch too loud to have in the same room as it bleeds into all the mics, and vocals, ‘cause Dougs was busy manning the controls. Dougs mixed it and passed it over to Mikey Young for mastering duties. It’s getting a sexy vinyl pressing through Marthouse Records which you can snap up online or, if all goes to plan, will be available at the album launch.

We’re launching this baby on Friday May 11 at Yah Yah’s in Melbourne with Sunnyside, Hollie Joyce and Tug (more info HERE).

We’re gonna do a tour soon, come see you fine people outside of our little inner north Melbourne cocoon. We’ve got some live clips on the way. We’ve got album number two 90% written and we’re gonna take that into the studio. Just keeping that momentum flowing.

All the usuals; Spotify, iTunes, Soundcloud, YouTube or better yet just order the vinyl over on the Bandcamp. We got a coupla hot clips up on Youtube. 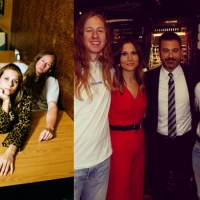 Middle Kids take us behind the scenes of recording on Jimmy KimmelThey're celebrating their just released, and very great, debut album, Lost Friends. 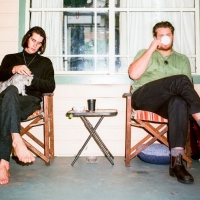 Exclusive: Stream Tropical Strength's debut album Zutti with a track-by-track walkthroughThey'll also be doing a quick run of dates off the back of the album, which is officially out this Friday.
Bands