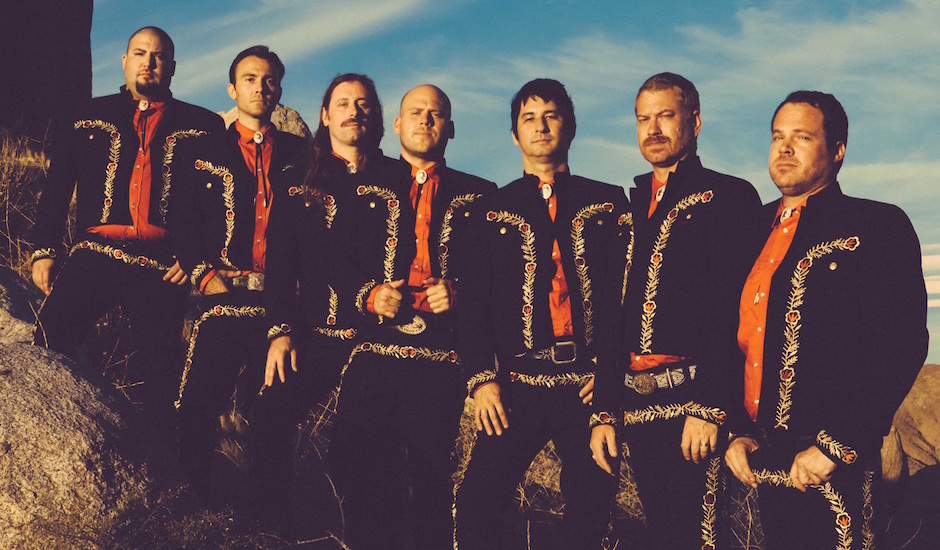 Three self-titled albums in, charro-suited, acoustic-wielding octet Mariachi El Bronx have lifted the vibe of stages all over the world, and soon those stages will be on Australian soil. Their Australian tour with Violent Soho, Tired Lion and Luca Brasi kicks off tonight at Brisbane's Riverstage, and we caught up the punk-rock legends for a little pre-tour chat:

So I guess as a start, for those people that might be big fans of The Bronx but aren't as familiar with Mariachi El Bronx; can you give us an idea of what the 'brother band' is all about?

Bronx shows: all dudes with beards and like 10 girls that don't want to be there.

…I probably exaggerated that quite a bit to make us look cool.

Do people who are hearing about Mariachi El Bronx for the first time ever get confused by the concept? How do people usually react when you tell them: "I play in a hardcore punk band…oh, and a mariachi band"?

Being incredibly white adds to the fact that I clearly MUST be lying to their faces. Sometimes art isn't for everyone.

And how/why did you guys settle on playing mariachi music? Was someone in the band particularly fond of the style or was it just something fun that you all decided to have a go at?

It (mariachi) is so prevalent in Southern California, it is everywhere you go. You can't really get away from it. I suppose the sounds were familiar to us, we all kinda grabbed an instrument that we thought we could handle - learned a couple of things and faked the rest.

I've seen that you don the lovely charro suits when you get up on stage as Mariachi El Bronx. Is it hot as fuck playing in those things?

Everything is different, but strangely similar. Still trying to separate the two.

You've got a huge run of dates with Violent Soho (and the one off headline show), which should be pretty rad. How psyched are you guys to be coming back to play in Aus?

Always a pleasure. Stoked to be a part of this tour: talk about guitars with Violent Soho and watch Violent Soho. One of the best places to be able to play music. One of our favorites.

Do you guys have any plans to write/release new music with either band soon? It's been a while!

Yes - Matt and I just finished up a new song today. Bronx V is looking good!

What are your plans to round out the rest of the year after this Australian tour?

We are done – I think we have a couple shows before the new year, but done hitting the road. Working on a new album that will be available next year some time. 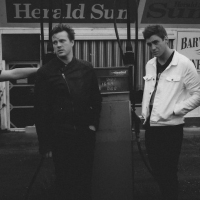 APES' new video clip is one for the doggo lovers out thereDogs to the front. 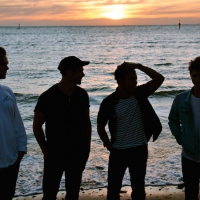 Premiere: Get to know Melbourne's Otious and their smooth new single, CrimeThe four-piece follow up their single After Glow from earlier this year with another cracker.
Bands