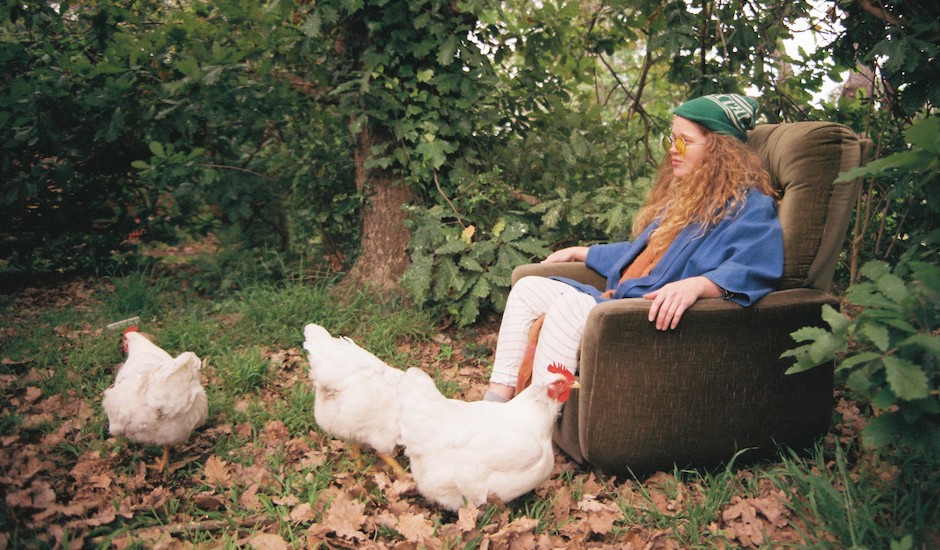 Over the last twelve months especially, we've spoken at lengths about this country-wide rise in soft-stirring soul and R&B, whether it's by musicians taking a very contemporary (or commercial) approach to the genre, or those intertwining it with mannerisms of jazz, folk, hip-hop, indie and so on. The latter artists specifically are triggering somewhat of a new-wave of homegrown soul, taking well-recognised and established sounds from decades ago and moving them forward into the current day (and even, sometimes, into the future).

Melbourne-based musician Rat Child is someone amongst this category of current-day musicians adapting sounds of the past; the musician finding herself working with and playing alongside bands recognised for their work in this field, while her own project - which debuts today with its first, introductory single Joy - does this on a more personal level, working in her values and attitudes amongst these slow-stirring sounds.

Joy, the first taste of what Rat Child wants to bring to the table, feels like a masterclass in contrast. On a surface level, it intricately blends together mannerisms from a field of genres - soul, R&B, electronica, indie, folk and so on - for a somewhat uplifting sound, stirring with a near-otherworldly presence that almost encourages you to slow down amongst the madness. Deeper, however, you'll find the single's silver-lit linings actually being something a little darker; Joy - ironically enough - actually being a song about depression, and one that encourages people to reflect upon themselves and check in with themselves mentally.

"Joy is a song that came out of a period of my life where I was in a pretty deep depression," Rat Child says on the single. "It just poured out of me as if the writing of it would help me to find some meaning in a life that was ‘off the tracks’... and I use the analogy of a lost lover throughout the song so that it becomes at once both a love song and a philosophical song about my struggle with depression."

Amongst the madness of everything going on right now - a turn of a new decade marked by bushfires and a global pandemic, amongst the madness of everything else going on within a socio-political scale - Joy doesn't come a moment too soon, and if there's one thing you should take away from it, it's to look within yourself to find problems brewing. It's understandable if things are getting a bit too much, and a moment of introspection can help guide you through it.

Regardless, it's an incredibly special track from a musician who should well be on your radar, so dive into Joy below (click on the picture embed underneath and it should start playing) and better introduce yourself to Rat Child while you're at it - there's something remarkably special here.

I’m Naarm-based, actually I was born here on Wurundjeri Country (Fitzroy) and I’ve just moved back into the family home that I grew up in here in the inner north. I’ve led a privileged life and was lucky to grow up in a household where I was nurtured in my creativity and my sense of social justice which is a strong theme in my work. My parents are music lovers and my Uncle is also a musician so even though I tried my hand at acting for a while, it’s music where I’ve found my home and been able to channel the full range of my emotions effectively...

I don’t smoke anymore though.

I guess that’s where my folk influence is most stark cause initially I’m sitting down alone with a guitar to write music and lyrics. I then take these to my collaborators, which for the upcoming EP was my band at the time comprising of Maddie Stephenson on drums, Christy Wozitski-Jones (Skinny Wizard) on keys and Asha Trips (Messy Mammals) on bass. They add their parts and we workshop the tune, a process which never really stops when you’re a live band because you’re always finding little improvements to make. Or you just get plain sick of it and just decide to revamp the whole tune, which I’ve done several times with one of my songs Changes (no pun intended?).

With Joy and most of the tracks on the EP, we recorded live with the band at Plug Seven Studios with Carl Lindenberg (WVR BVBY) on the dials. They’ve then been passed onto Godriguez (Godtet) to further mix and add his distinctive flavour which has breathed new life into the tunes again. So I’m lucky to collaborate with a lot of really dope creatives on the way which enriches the whole experience.

Can you tell us about your new single, Joy?

Ironically enough Joy is a song about depression. Well, it is both a song about depression and a love song about a woman chasing a lost lover named Joy. The love story is used as a vessel to talk about ‘the chase’ so whether we’re talking about chasing a person or a feeling, it’s really up to the listener to interpret. In the personal way in which the song was written the resolve for me was in realising that I couldn’t really find joy by ‘chasing her’, or by trying to feel something I just wasn’t at the time… I had to find joy in my sadness and be ok with being where I was at the time. Find peace in that.

Luckily I’m not really feeling depressed these days. My heart goes out to anyone in that place, please know that it is transitory.

Well who knows what 2020 has in store for anyone in the arts. Luckily for me I was already sitting on an almost completed EP that I was planning to release this year anyway so with everything happening it’s just given me more space, time and drive to finish that off. I’ve also just had my first child in March so that’s got me pretty well sorted for the year.

Joy is part of a wider EP that touches on themes of political activism, forgiveness, grief, love, disappointment, alienation and hope. It is as much a call to arms as it is a visit to church or a quiet reflection in nature. I think personally, for me, music is its most powerful when it is really saying something - commenting on and critiquing our social structures - and that’s what I try to do with my work. It’s always deeply personal but it’s also philosophical and political. As an artist I feel it’s my responsibility to put it out there into the world, though what people take away from it is up to them.

Well like I said, there is an EP to be released later this year so keep an eye out for that, in the meantime check the usual spots, there is a little out there dusted around the digisphere.. we have a beautiful video release of a song called Forgiveness from the EP on Youtube that’s definitely worth checking out for a ‘feelsy’ time.. 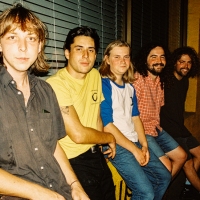 Premiere: Beans announce new record out this June, share new single StrideThe Geelong group will be sharing their new album via Flightless Records - home to some of the country's newfound rock favourites. 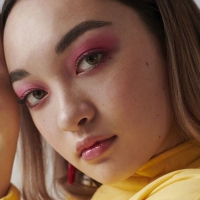 Premiere: mxmtoon strips back Courtney Barnett's Depreston in new videoArmed with only a guitar, the filmed cover proves the US musician's worth as one of the stars of tomorrow.
Bands