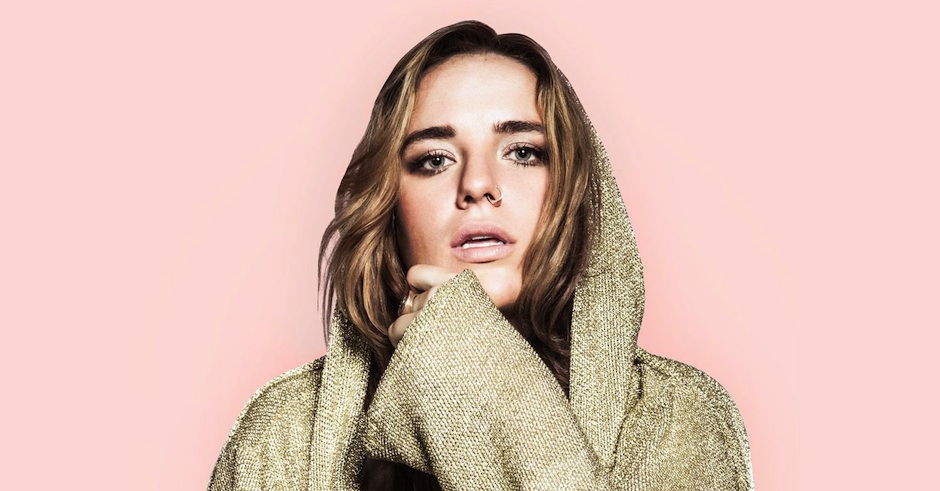 If you found yourself obsessed with Japanese Wallpaper's epic tune, Forces, which came out early last year; then there's no doubting you also found yourself infatuated with the stunning voice that is Hannah Shepherd, aka Airling. The Brisbane singer/songwriter released her incredible debut EP, Love Gracefully, back in 2014 and since then has had huge single success, earned slots at a bunch of Australia's biggest festivals and  appeared on tunes with some of Australia's best electronic and indie acts. Airling's newest single, Move Me, is the first piece of new music we've had from the Brissy talent in a little while and it's an undeniably infectious piece of indie-pop, produced by Big Scary frontman Tom Iansek. We had the pleasure of catching up with the lovely Airling to chat about the new single, her upcoming tour and when we can expect to get our ears around her massively anticipated debut record.

So it's been a little while between Airling releases, following on from Love Gracefully. What have you been up to since then?

So many things! I released my song Stallin’, and Forces with Japanese Wallpaper. I think we’ve played so many gigs…but ones I can recall now are Falls, touring with City Calm Down, and I did Laneway festival singing with Jap Wall. But mainly, just writing and recording for my album. I feel like I’ve written more than I ever have in my life, and more honestly than ever before as well. I guess it’s because I’ve been living life fully - working a few casual jobs, traveling to New York to live for a couple of months, falling in love.

We know the album's still a little way off, but can you tell us a bit about what we can expect from your debut full-length?

Hopefully we’ll be able to release it some time early next year. I’m insanely proud of it. It’s a beautiful, dark and truthful collaboration from myself, Tom Iansek and my bandmate Graham Ritchie.

There are songs on the album which make you want to groove, have a lightness to them and will hopefully make people feel good…similar to Move Me, I guess. Then there are also songs which are pretty dark and quite heavy. I think these ones are still full of some hope, though fuelled by sadness and fear. So it seems there's a lot of light and shade in the album. Light vs Dark; which is pretty reflective of where I’m at with my emotions and mood swings in life.

Has much changed in regards to the way you write music from Love Gracefully to now? Is there a particular way that you like to sit down and put a song together?

I think the only main thing that has changed is that I am much more critical now and I’ve found myself often throwing out ideas where I used to see them out to some kind of finality. I guess that comes with the territory of a deeper career and sense of being an artist and a writer.

Also, I’ve been experimenting a lot more with beats and creating a vibe in the room – which has often made its way onto the final versions of the tracks that Tom and I have been recording.

We first heard your new tune Move Me a couple of months ago and it's been getting a heap of love around the place. Can you tell us a little bit about where that song came from?

The song began as a melody and beat, with me vibing out at home and we let it be that expression without over-complicating things or the sentiment. There's a sensuality to it: in the notion of borrowing someone's body on the dance floor and seeing how it fits with your own. I dreamt it up after a pretty wild night out with my girlfriends and woke up tired and very fascinated by the amount of dancing we did in one night.

You've had a lot to do with the legendary Tom Iansek, including on the forthcoming record. Can you tell us what it's like working with Tom? Do you think guys make a good team?

I think that we are great team :) Tom is amazing songwriter and producer; but he’s also a beautiful person and one of my greatest friends. I think it’s our mutual love and respect for each other, for music and for honest vibes that makes our creative relationship so strong and full of trust.

In the past, I sung on six or so of his No.1 Dads tracks for the album About Face. We also spent some time together in Austin, Texas while he was touring with Big Scary and I was playing in the band with Emma louise. We made my EP, Love Gracefully, together and I’m part of his label Pieater.

You make an appearance on LANKS' new EP, Viet Rose. What can you tell us about the tune that you feature on and what it was like working with LANKS?

I love that Lanksy! I first met Will when I asked him to come on tour with me last year. He also saved my favourite denim jacket from an Uber one night. What a ledge! I think the first time he showed me his song April was after we’d been to a gig/out for dinner in Melbourne and we went back to Big Scary’s studio, Mixed Business, to play some tunes. I thought, and still think, that its one the most beautiful songs and when we sung it together, we both realised that we’d love to do it together on his EP.

You're heading out for the Move Me dates at the end of this month, which you must be getting pretty pumped for! Have you made any changes to the way you perform live since the last time you were out on tour?

I’m still playing with the same rad band that I have from the start and we’re enjoying playing together more than ever before. We’ll be playing a whole bunch of new tunes – which is super exciting. As well, I’ve been experimenting with just predominantly singing in some songs so that I can really focus on my main instrument (my voice) as well as getting my dance on when I feel like it. So that is a very cool and kind of scary experience considering I’ve always played my keyboards and synths with my songs.

Will you be debuting any newies from the album for people to hear for the first time at these shows?

Yeah, definitely. Lots of new ones! Including the song I wrote with Emma louise.

When can we expect to hear some more new music from you? Are there any single releases on the horizon?

I think we’ll drop a new track early next year, as Move Me is still pretty hot off the blocks. I did a feature on a track with Xavier Dunn though – who is touring with me and I think that cool song comes out on Friday! Stay tuned.

I’m hoping it’ll be pretty big and fun. I’ve wanted to make an album my whole life so the idea of finally being able to share that with the world is a dream. Beyond that, I’m going to be studying at Uni and doing some traveling so things are looking pretty dope in my eyes :) 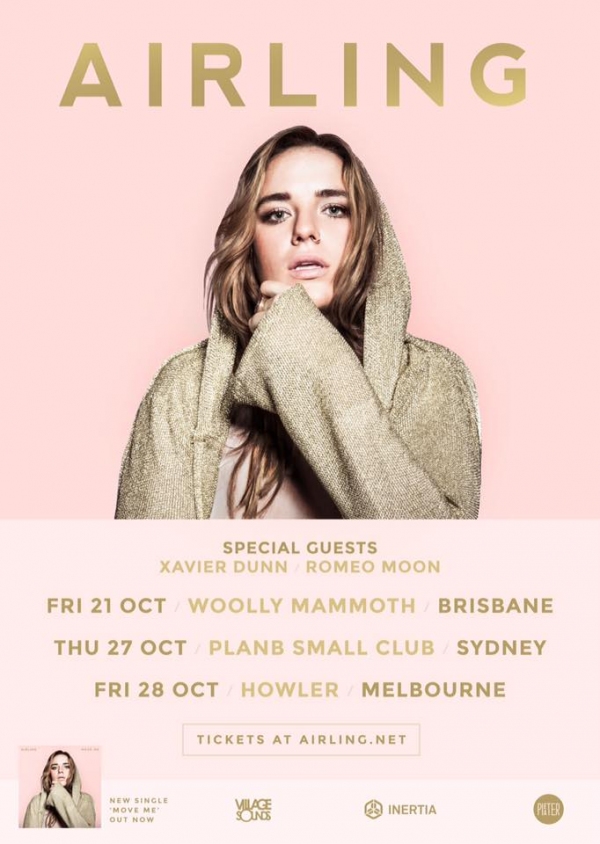 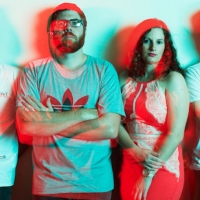 Mosh Music: Our fave new punk, rock and hardcore tunes this weekSome tracks on the "bandier" side to help get you through to the weekend. 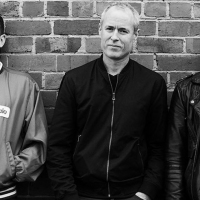 Five Minutes With The Peep TempelWith their third LP, Joy, dropping last week we took some time out with the Melbourne straight shooters.
Bands